The Ford Crown Victoria is based on Ford’s Panther platform – the big ‘body-on-frame’ brother to the Fox platform.  The Crown Vic was built from 1979 to 2011 – the second generation from 1998-2011, but only for fleet sales after 2007.  The crown jewel of the Vics is the P-71 police interceptor package and only available to the public after the police are done with them and sold at auction. This 2004 Ford Crown Vic P-71 Police Interceptor is for sale in Largo, FL currently bidding at $4850 reserve-not-met with a buy-it-now of $6900 on ebay. 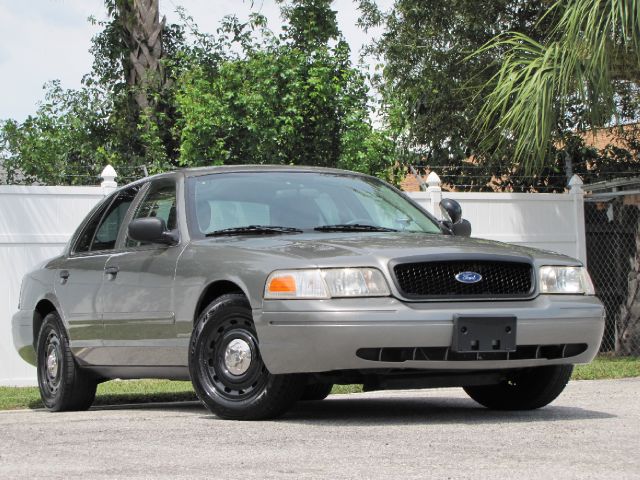 Anyone who has an active driver’s license should be able to spot an outline of a Crown Vic from a mile away.  They dot the nation’s underpasses with radar gun wielding badged vigilantes ready to dole out the road tax for driving at a reasonable speed (if speeding was about safety it wouldn’t be fines, it’d be jail time for going 1 mph over.  In that case, we wouldn’t speed).  Most P-71s are decommissioned black-and-white squad cars and have been painted black (or white) – but this one was a detective’s model and is a particularly menacing shade of grey and we like it. 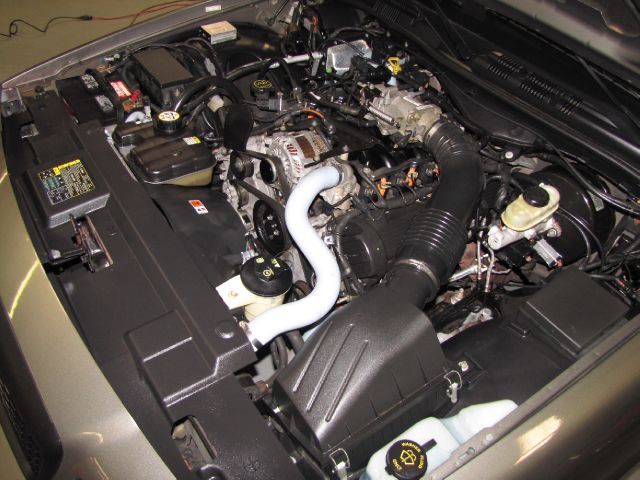 This P-71 is equipped with Ford’s 4.6 liter modular V8 in 2-valve per cylinder SOHC trim -putting out 250 horsepower and 297 ft-lbs of torque.  It is mated to a an automatic transmission and puts the power down to the rear wheels.  Its an all business power-plant that has some P-71 specific tricks, like an oil cooler to keep temps down while idling for long periods of time (stakeout!) and pushes the Crown Vic around with plenty of gusto.  Taxi cabs are known to get 250k miles driving around downtown Manhattan with these engines, so just keep changing the oil and it’ll last forever. 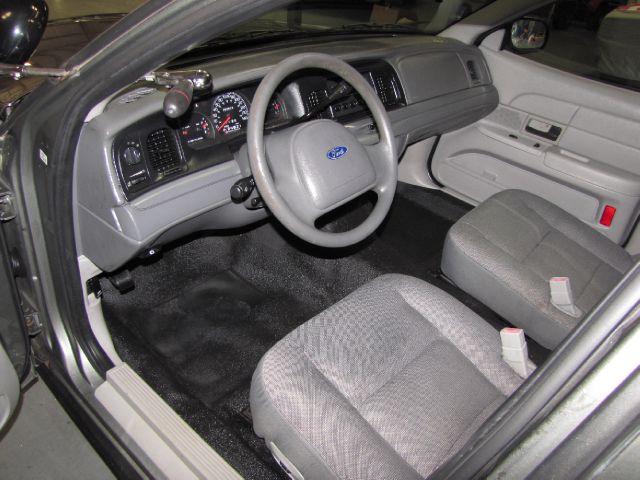 What do you say, is it the new Bluesmobile or what? –Elwood

Inside it’s pure police business.  A plastic liner lives where the carpet/floormats would normally be – this is so that if the perp in the back seat pukes, pees or bleeds – it is easy to just wash out with a hose.  This automatic transmission is column shifted like all automatics should be, why on earth do people want a floor shifted auto…use that room for cup holders, radios, police scanners and taser recharge stations.  For some reason all P-71s have a large center mounted trunk release button – this is probably so its quicker for cops to reach their shotguns and M-16s when the going gets tough.  That thick steering wheel is attached to a rack-and-pinion steering system – new to 2004 Crown Vics and a welcome upgrade over the previous ancient steering box design.  Time will only tell if its as durable and rugged as the truck based steering system, but it’ll give much more feedback under cornering load and a nice on-center feel. 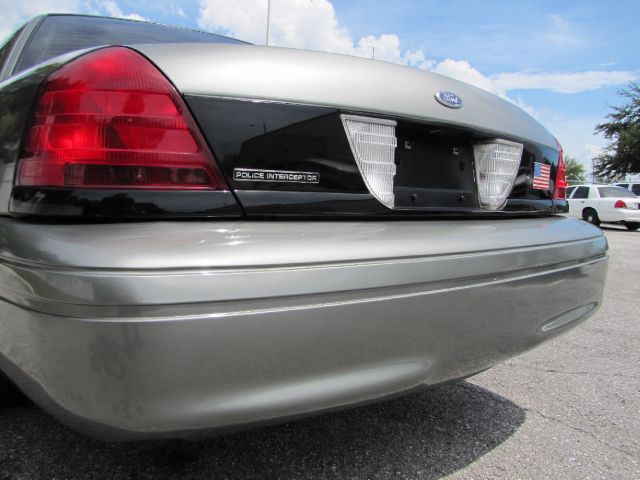 The P-71 has a number of upgrades over civilian issue Crown Vics, including a slightly higher engine output, heavy duty shock absorbers, reinforced body and frame mounts, and an optional limited slip differential.  Cosmetically the P-71 does not have any of the gaudy chrome trim and has a sweet Police Interceptor badge and this one has an American flag making it look even more ‘copish’.  Police departments around the country had demanded that the car not have traction control – a notable departure from the ‘safety’ obsessed DOT that requires traction control in all new vehicles as of 2012.  The reasons for not having traction control was to assist acceleration in extremely low grip environments (snow/sand/ice) and to aid in low speed maneuverability – “j-turns”.  We think similar logic should apply to all rear wheel drive vehicles available to the public! 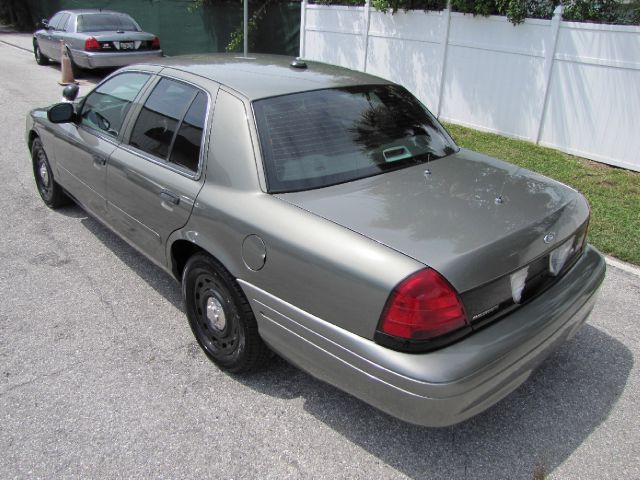 This P-71 is equipped with the essential drivers spot light (no pass spotlight unfortunately), and three antennae.  More antennae is always better on a police car…  We’ve spent some time behind the wheel of a decommissioned P-71 and we’ve gotten tons of waves from real cops, thousands of other cars moving over from the fast lane, yielding when they have the right of way, and generally trying to avoid being in front of us…and we enjoyed every minute of it – the only downside being the 12 mpg you’ll get driving these things around.

It’s 106 miles to Chicago, we got a full tank of gas, half a pack of cigarettes, it’s dark… and we’re wearing sunglasses.
-Elwood

See another car that will punch a hole in the fast lane?  email us here: tips@dailyturismo.com