Here we have a study in comparing and contrasting. When compared to Tuesday’s WRX wagon, this 2002 example started its life very similarly, albeit 5 years earlier. The two AWD turbo black Subies have taken very different paths though – one lives a pampered garage with every speck of dust being promptly removed, the other…it’s hella STANCED OUT, YO! For less than half the price of Tuesday’s example, check out this 2002 Subaru WRX wagon in Long Beach, CA (maybe?) for $7000 OBO, via craigslist. 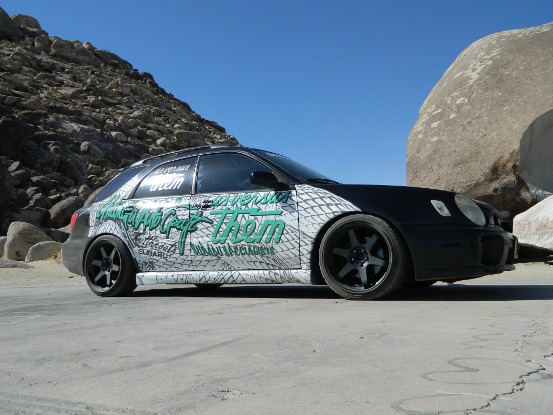 Typically when selling a car you want to describe it, make some kind of cohesive statement about its condition, followed by pictures of the actual vehicle you are trying to sell, arranged in a logical way. What we don’t get with this seller’s ad is…any of that. Sure, there are a few pictures of said 2002 WRX. There are many more of oil bottles, random aftermarket parts that may or may not have been added to this particular vehicle, and pictures of other HELLAFLUSH Subies showing off their “fitment” on what appears to be a road course. The image above tells us that the seller has mounted too-narrow tires on his chosen wheels for the “stretched/poked” look that’s the current fad. 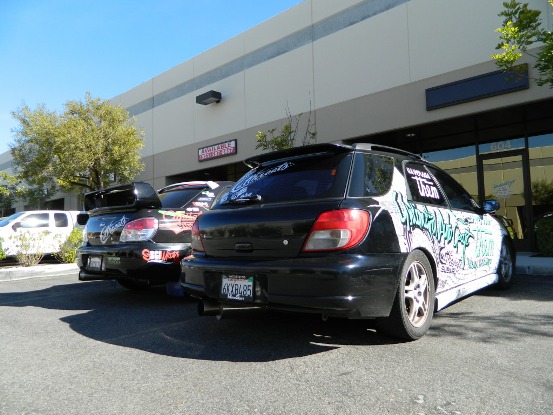 Hey look, there’s the wagon for sale, parked next to another vinyled-up fart canned black Subie. Dope! Maybe it’s sitting in front of the seller’s shop…but maybe not…hmm, he lists it for sale in Long Beach, yet the “Available” sign next door clearly has a 951 area code. That’s right, Inland Empire, brah! This could be another classic example of a 909’er (in this case, a 951’er) trying to pass for a native of the LBC. Embrace your roots, Broseph. If you are located in the IE, fine…but you might want to divulge that in your automobile advertisement. Also it’s wearing the stock wheels in the above pic. Not dope, dude, embarrassing. 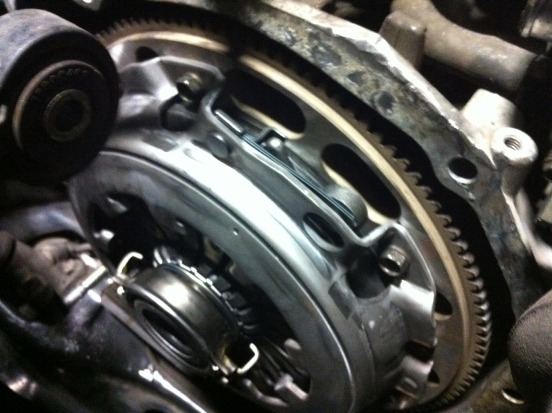 The clutch and flywheel have supposedly been replaced with aftermarket Exedy units; and there’s a picture to prove it. Or at least, there’s a picture to prove the existence of a flywheel with clutch attached! If you keep scrolling down in the ad, past where you might think it would end, the seller mentions more aftermarket parts such as coilovers, brakes, a larger turbocharger, blow-off valve, intake, exhaust…which is nice. It’s nice because they are giving those parts away for free – aftermarket “upgrades” do not increase the resale value of a 10-year-old used Japanese car, no…they reduce it drastically. 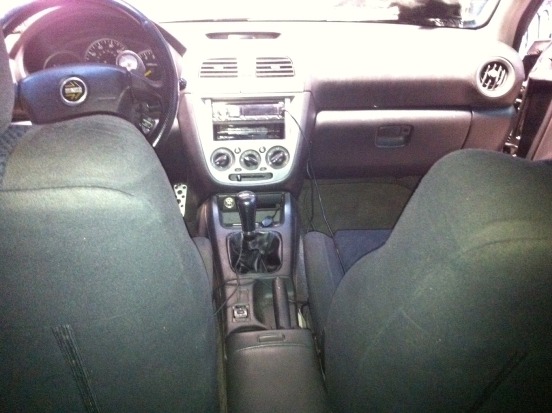 The interior pictures were taken in low light with a Nokia 5100 apparently, if those even had cameras (we don’t know). The requisite random wires running everywhere are present, of course. The interior doesn’t look too bad but our seller fails to describe it, so who knows if it smells like a bulldog’s balls? More important is the mileage – 190,000 – which is hella-spanked for a WRX. Expect to replace everything that could possibly wear out. Service history? You wish! 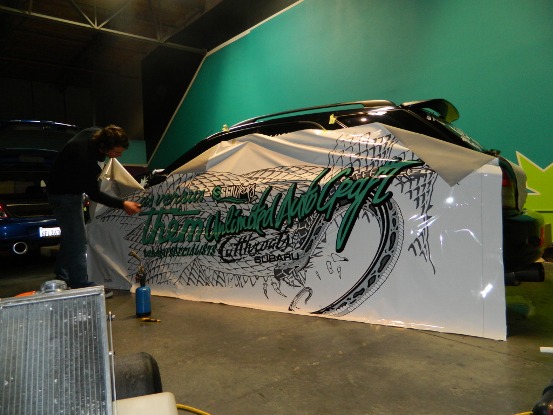 Who are the “us” and the “them” referenced all over this car? Why are they fighting each other? What’s all that illegible scrawling on the vinyl wrap? Why are there pictures of random STANCE Subarus? Who are the Cutthroats? Do you care enough to risk your hard-earned wad of seven thousand dollars to find out?