We just featured a e39 BMW 540i yesterday and while some would say it is too soon to feature another used/abused 5-series, we say its never too soon to share a rear-wheel drive luxury sedan that today is selling for 1/10th of its original MSRP.  The e34 BMW 5-series is considerably more dated in appearance and therefore gives fast examples a ‘sleeper’ status since most e34s you see today are 525 automatics driven by professor types.  This rare 1995 BMW 540i M-Sport 6-spd is not a car to drive your Yorkie to the pet salon, on the way to the used book store – it is a legitimate hoon-mobile and for sale in Fresno, CA for $5499 via craigslist. 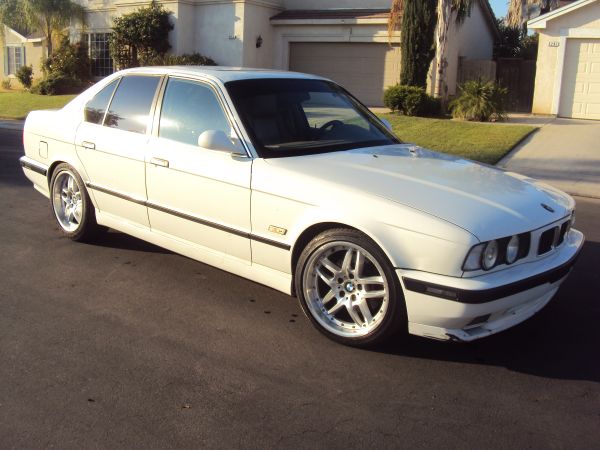 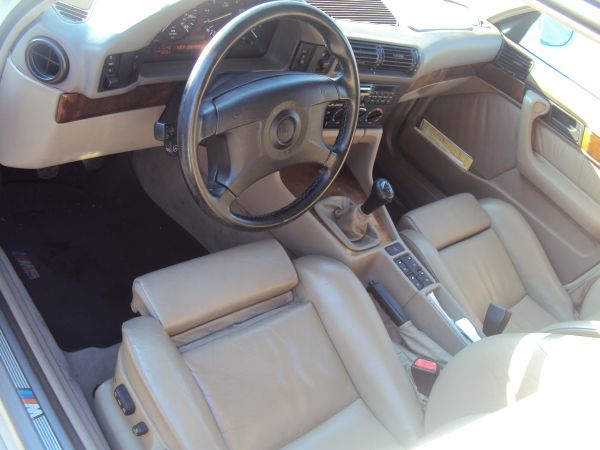 The M-Sport had many of the parts from the M5, including adaptive suspension, sport seats, re-calibrated steering ratio and M badging but was powered by the 282 horsepower V8 and mated to an automatic or (in this case) a 6 speed manual transmission.  The M-Sport was offered in very limited quantities and according to internet lore only 139 of them were built with the 6 speed trans. 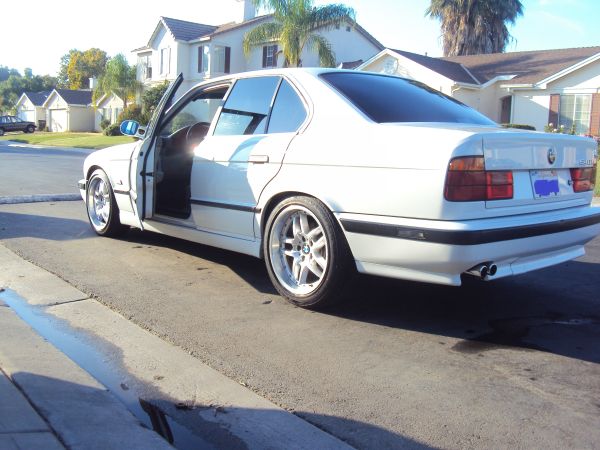 Now to the details that are less than stellar: this example has 177k miles on the odo and a salvage title..ouch…but its being offered for about half the cost of the “M-Sport” option (~$8k) that someone paid in addition to the $50k base price.  So yes, it isn’t a low mile single owner example…but the price is right.

See another M-sport for cheap? Want to complain that we feature too many BMW 5-series? email us here: tips@dailyturismo.com