The Suzuki Swift/Geo Metro/Chevy Metro/Pontiac Firefly was a subcompact hatch from General Motors with powertrain developed by Suzuki and sold from 1988-1999.  The Swift wasn’t swift in the least bit, but it was available with a 5 speed manual transmission, fully independent suspension and a super light 1600 lb curb weight.  This 1993 Suzuki Swift is offered with ‘low’ miles in Stevenson, WA, currently bidding on ebay for $2,800 with 2 days to go. 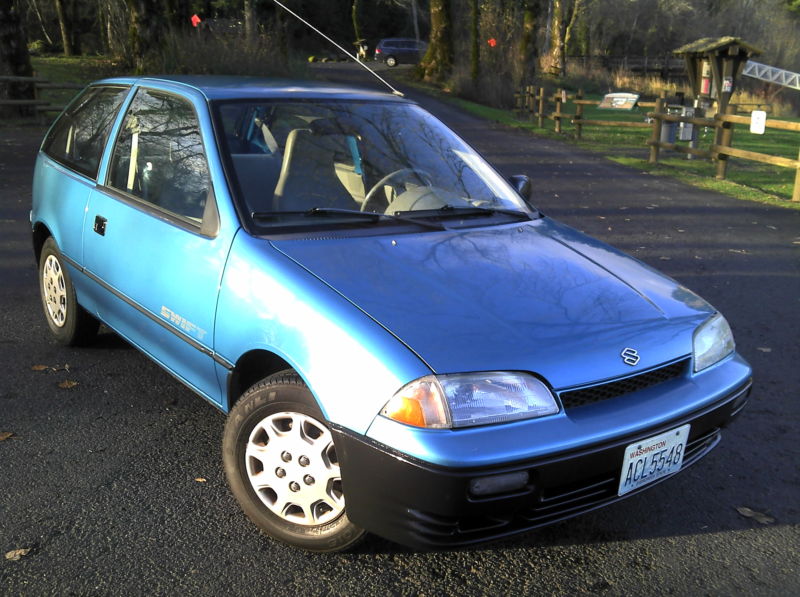 Before you think we are still drunk from New Years eve celebration (whatever you do, never drink Adam Carolla’s Mangria– it is horrible stuff and packs a 20% alcohol content) let us first examine the specifics of this Swift.  It weighs less than a Lotus Elise, has a 5 speed manual gearbox, doesn’t make enough power to need a limited slip differential in any driving condition, gets 53 miles per gallon and costs about as much as a full tank of California gas. 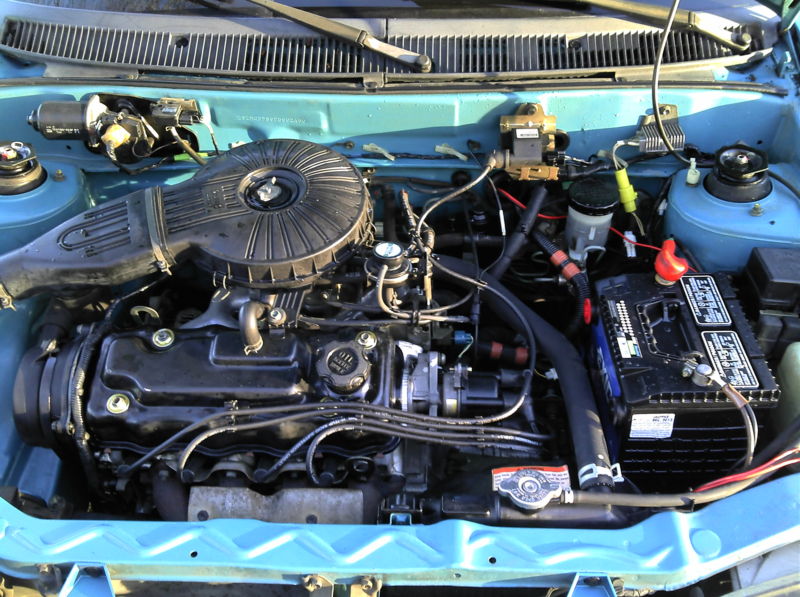 The Swift/Metro is powered by the G10, a 1.0 liter 3-cylinder engine putting out 55 horsepower.  The G10 is an all-alloy single overhead cam throttle body injected lump that isn’t known for refinement, but does delivery fantastic economy and should last for a long time if maintained properly. 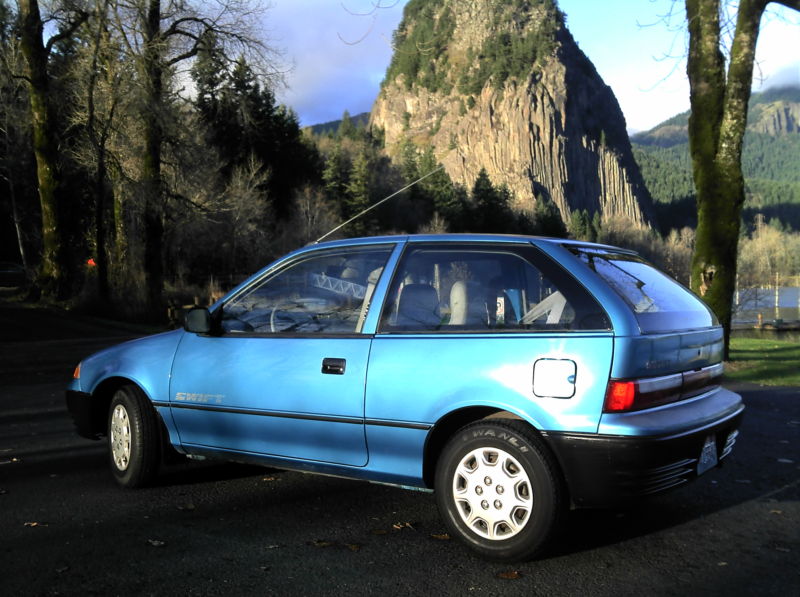 We don’t expect anyone looking for a cheap 911 to cross shop a Swift, but if you are thinking about cheap and fuel thrifty Jetta, Civic or Corolla, we think the Swift/Metro/Firefly offers a perfectly valid option for cheap motoring. Just don’t get sandwiched between a Prius and a Volt in a freeway pileup, or the term “compact car” will take on a whole new meaning.

Of course as an alternative to this nice driver you could always buy a junker Swift or Metro instead, and make a fantastically ghetto mid-engined race car with an F1 soundtrack via 1000cc sportbike engine…just ask Alex “I Can Build It” Vendler, who conceived of and sired the Geo Metro Gnome $500 endurance racer (see pg. 3 for the current iteration).

Some video of the Gnome playing lead/follow with the Black Iron Racing BMW E36 (pre-Brougham):

And that’s what driving a sequentially-shifted mid-engined Metro around Buttonwillow Raceway is like.