The B3 generation Volkswagen Passat was essentially a larger version of the VW Golf – sharing the pluses (cost, ease of repairs) and minuses (quality, frequency of repairs).  Production started in 1988 and continued in some fashion until very recently for the taxi cab market in China.  This 1992 Passat is equipped with the G60 engine and has all wheel drive (VW Syncro!) and is now for sale in Melrose Park, IL for $4,000 minimum bid, no reserve on ebay (thanks to tip from DT reader Andy L). 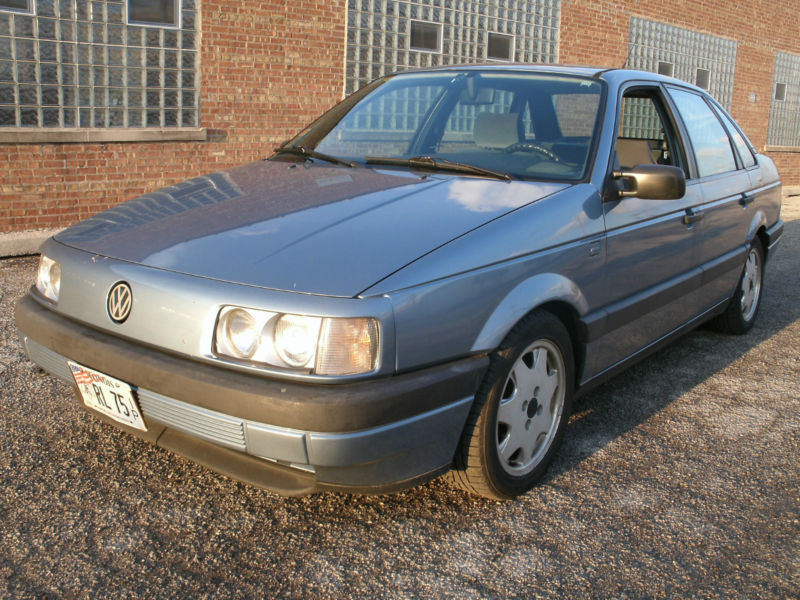 The B3 Passat won’t win any beauty contests today – in fact it sort of blends nicely into the general automotive landscape and looks very much like what a child would draw if you asked for a ‘car’. You won’t see many driving down the streets in the US (most have probably been lost to the crusher or are being aged in barns) but you can find them littering the streets in Shanghai as taxi cabs. 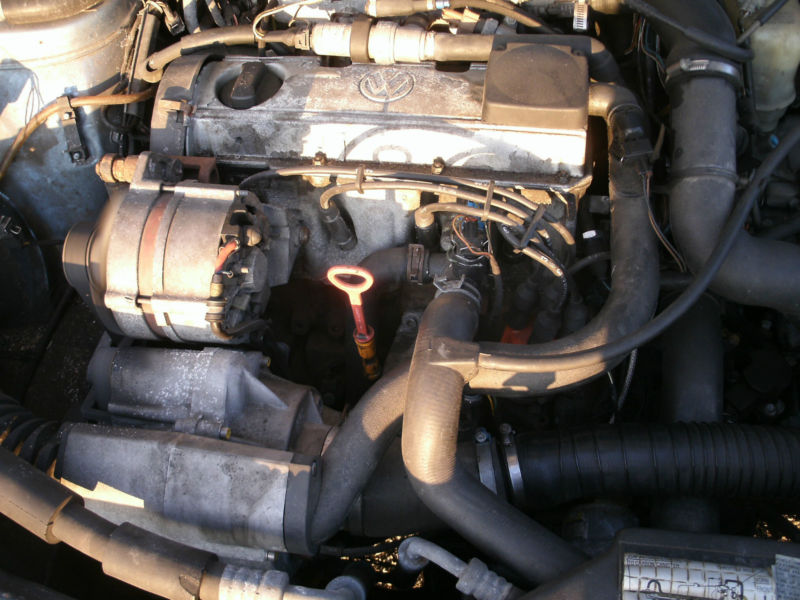 You won’t find a taxi powered by this Passat’s G60 1.8 liter G-lader supercharged SOHC inline 4 cylinder engine putting out 158 horsepower and 166 ft-lbs of torque, however.  The power is put through a 5 speed manual transmission and into an all-wheel-drive system by VW called Syncro. Before you start thinking this is some kind of power-train swap – you may be surprised to find out this was original equipment for a rare (250 sold new according to seller) Canada only version.  Performance in this 3000 lb sedan won’t be particularly noteworthy, but you’ll get mad respect from the flat brim wearing watercooled vee-dub fanboys.  Dub-wars is sick – yo! 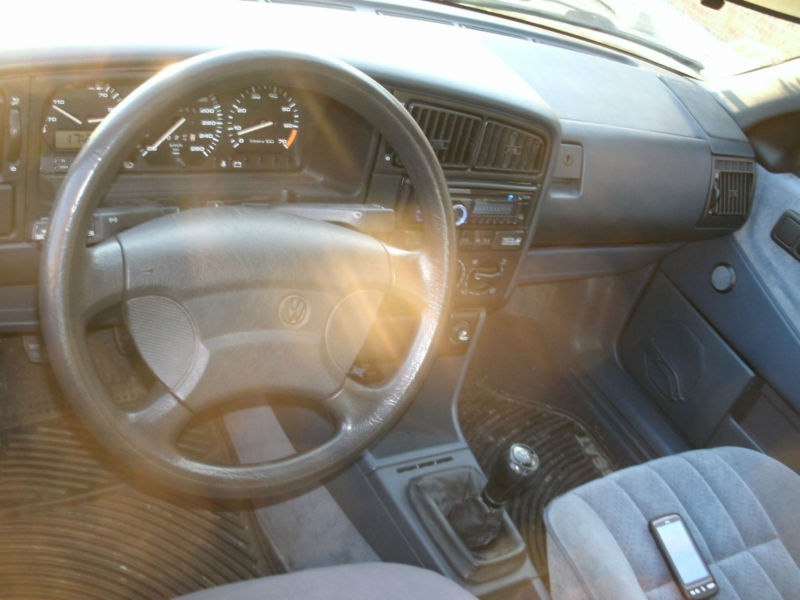 Inside the B3 it is…well…morning..because we can’t see much more than the sun washing out most of the photograph – but it looks like a stock ’90s VW interior and will probably look worn in person.  170k miles on any car will leave some wear/tear on the steering wheel and switchgear. 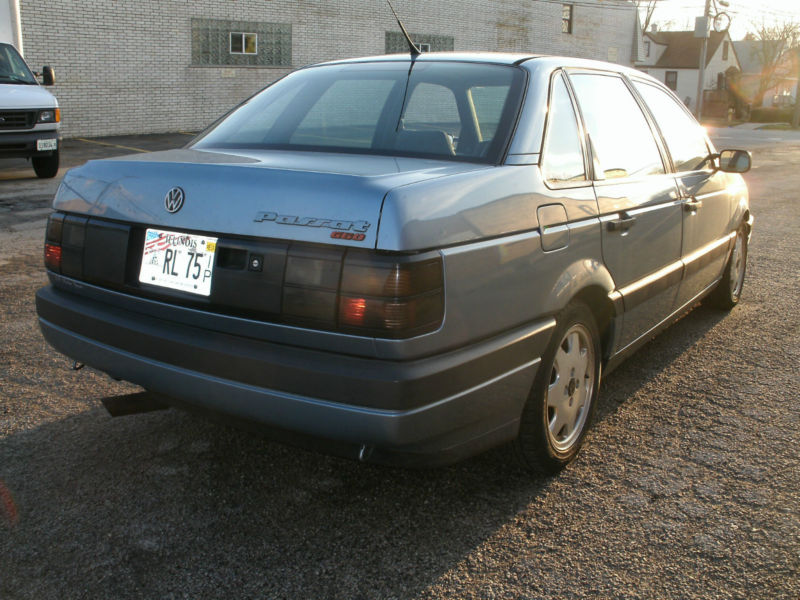 This car looks to have a set of aftermarket tinted rear tail lights (seller claims they are from Europe…but they don’t look OE from any Passat we’ve seen).  But overall it looks in decent shape – not sure if its worth the $4k asking, but given the relative rarity of all-wheel-drive supercharged factory VWs perhaps it would make a good Daily Turismo.

See another Canadian import for cheap?  email us here:  tips@dailyturismo.com