The Mercedes Benz W124 chassis was one of the final pre-Daimler/Chrysler
era cars to come from Stuttgart before the inevitable decline and fall
of Germany’s greatest automotive empire.  Today’s Mercedes are something
that the quality folks in Brazil would
reject, and the old Mercs will still be driving their owners around
long after the current product has been left to rust at pick-a-parts
around the world.  This 1991 Mercedes Benz 300E is for sale from a dealer in Naples, FL currently bidding at $2550 reserve-not-met on ebay. 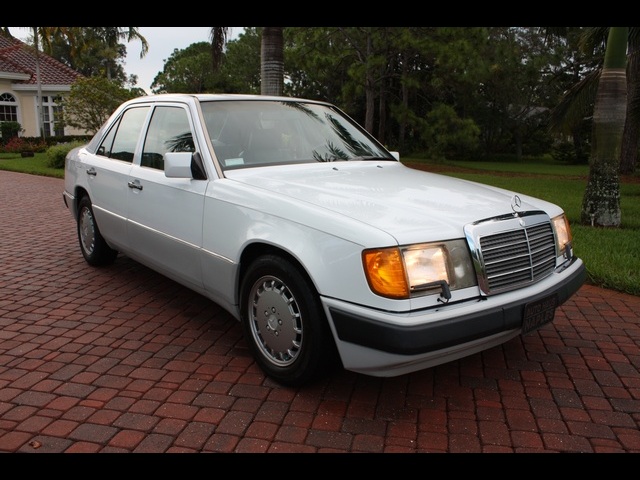 The W124 was built from 1985 to 1996 as a mid-sized luxury car for
wealthy folks.  This one is a claimed one-family car…not sure what
that means, but it is typically a way for car flippers to claim that the
Carfax multiple owners are a mom selling it to her daughter or cousin
and somehow its just like a one owner car.  As long as the one family
isn’t the Kardashians, we would assume that one family is a plus. 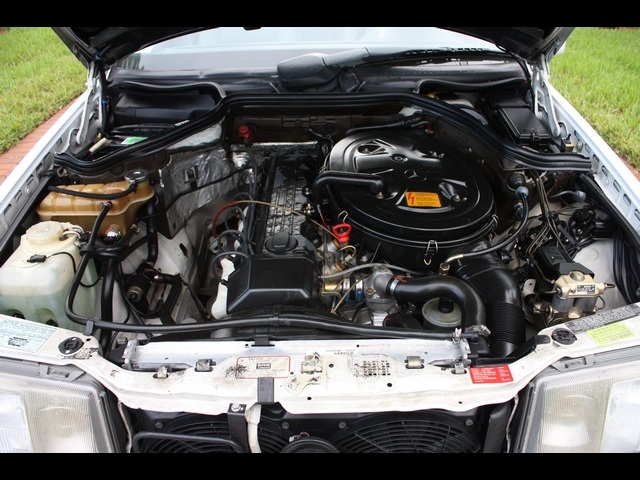 This 300E is powered by a 3.0 liter M103 inline 6 cylinder engine
putting out 177 horsepower and 188 ft-lbs of torque, not a colossal
amount by anything other than a SAAB standard, but plenty for basic
driving needs.  Don’t expect to be able to outrun the paparazzi in a
sprint- but you may be able to outlast them in a long distance cruise; W124s are notorious for comfort at speed! 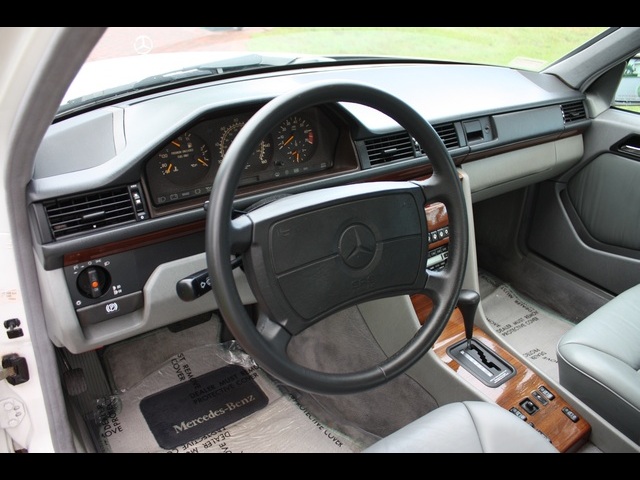 The inside of the W124 looks to be in great shape, mostly because MBZ
built them to high standards and buyers expected the car to last for
hundreds of thousands of miles.  This one doesn’t look to have been
owned by Kardashians because the seats don’t look like they’ve been
deformed by huge rear-ends. 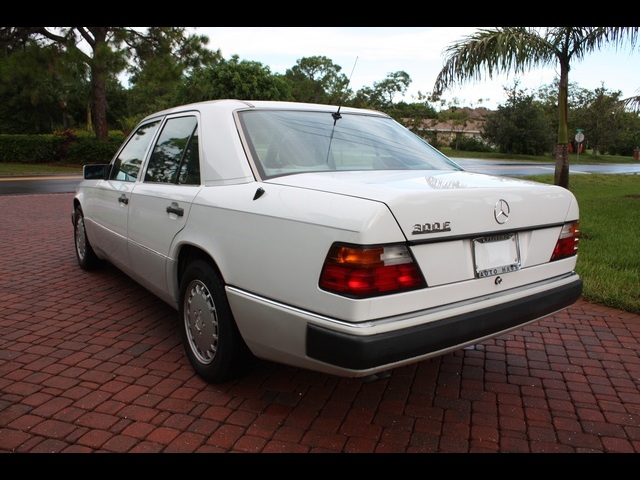 Even though this car is automatic, we still like the price to value
ratio – sure it won’t be a good car to take to a track day or pebble
beach, but it is a car that is just as good as a new MBZ C250 and costs
1/10th as much…whats not to like? And we can pretty much assume that
after 200k miles this will be a much more reliable car than a new MBZ is
at 100k miles.