Late-model 240 wagons are not rare cars by any stretch – that is, in their standard US trim with the 2.3L gasoline engine. However, a 240 wagon from 1990 with a diesel…from Germany…now that is rare! Even rarer when paired with a 5-speed manual transmission, wearing Nordic Racing Blue vinyl side stripes, and transported to the US. The God of Thunder would be proud – but maybe today we should call him the god of “clack-clack-clack” instead? Check out this 1990 240 Diesel Wagon for sale for $3700 asking price, in Anaheim, CA (via craigslist). 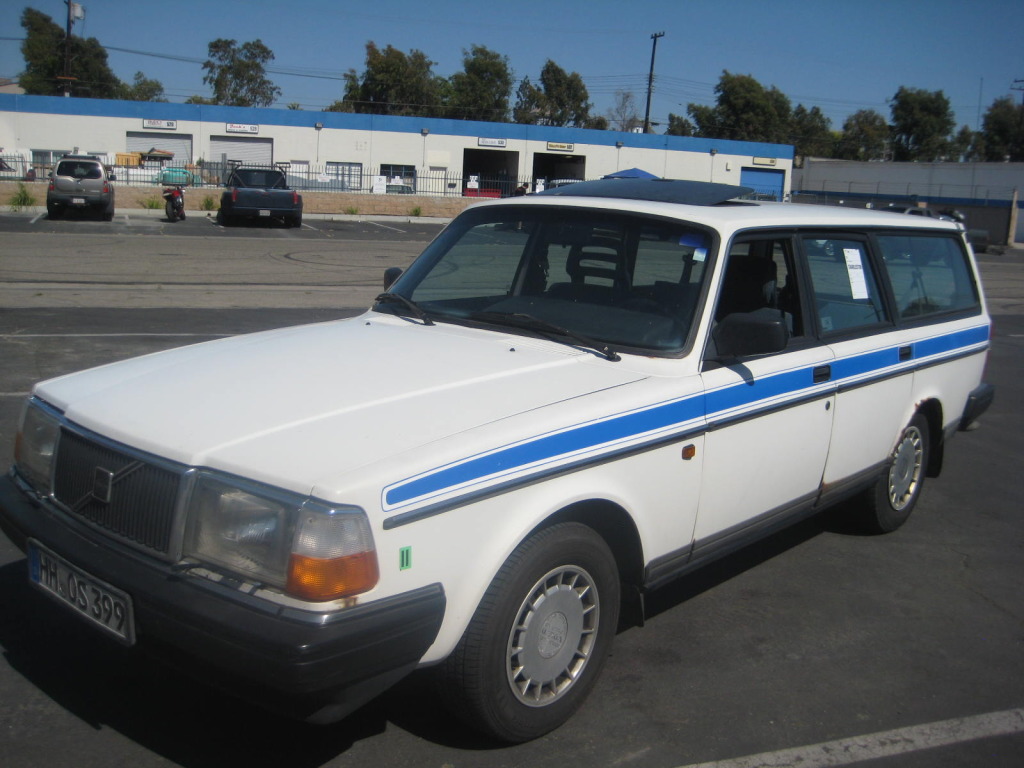 In Volvo’s traditional nomenclature this wagon should have actually been called a 265; 2 for the 200 series chassis, 6 for the number of cylinders in the VW-sourced inline diesel engine, and 5 for the number of doors (they counted the rear hatch). However by the early ’90s, perhaps in foreshadowing BMW’s and Mercedes-Benz’s break from reality to come, Volvo had dropped their logical naming scheme and this was unceremoniously called a “240 GL Diesel” instead. Perhaps it should have never been born. 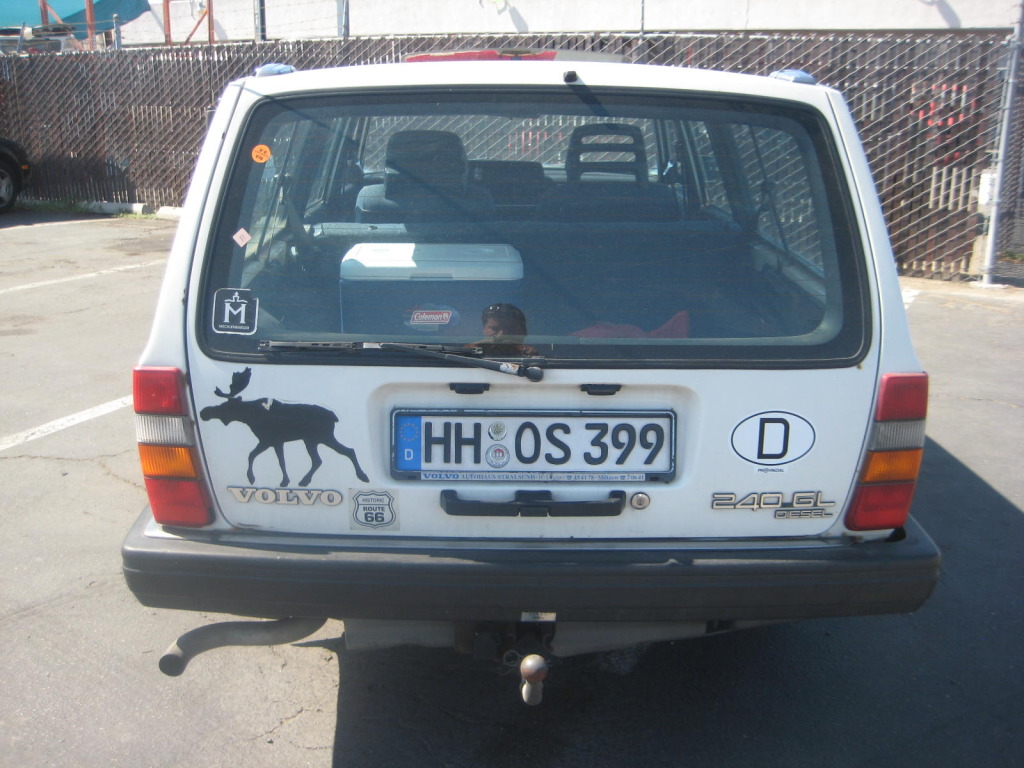 The rear hatch of this hauler betrays its country of origin; the big “D” in the white oval sticker and the small “D” in the bottom left corner of the license plate stand for Deutschland, better known as Germany to us whose language is now more Angle than Saxon. At some point this baby was shipped over to the US but never re-registered, leaving that lovely task for the new owner. Since it is a variation never sold in the US and A when new and is only 22 model years old, that will be a chore, if not impossible at the moment. Our advice is to buy it cheap now, use it to drive around your private ranch or warehouse for the next three years, then transfer the registration when it reaches the magic 25 year mark and Federal emissions and safety standards don’t have to be met by imported vehicles. If this were instead a 1987 240 Diesel it would be no problem to import from Germany in 2012 – something the seller conveniently leaves out of the ad description. 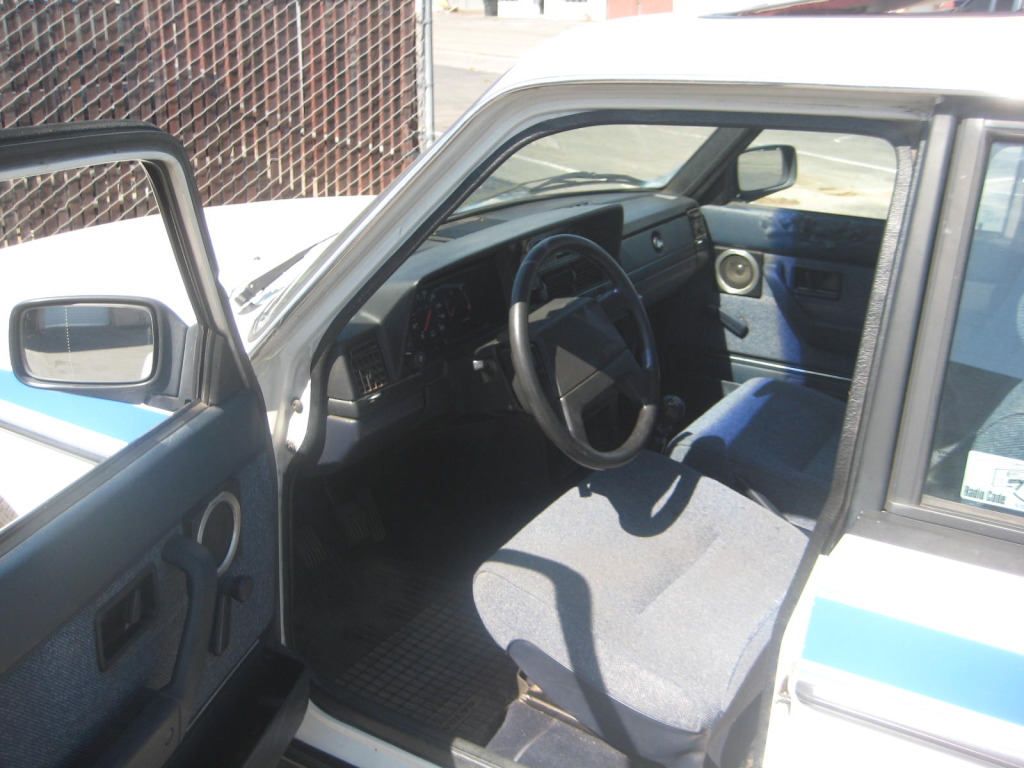 It might be worth buying and holding for three years though, since it does have that certain Euroness that many of the US-bound models lacked. The seats and door panels look to be an immortal variety of blue tweed, and the HVAC system has simple manual slider controls instead of the American export spec vacuum spaghetti monster climate control that was favored by both Volvo and M-B. It also has the far superior E-code Euro spec headlights complete with mini wipers, and was fitted with a Gebr. HAPPICH GmbH Licht-Luft-Sonnendach, in other words a very angry souding German glass sunroof. Perhaps it’s angry because of the rust bubbles visible in the doors and fender lips? 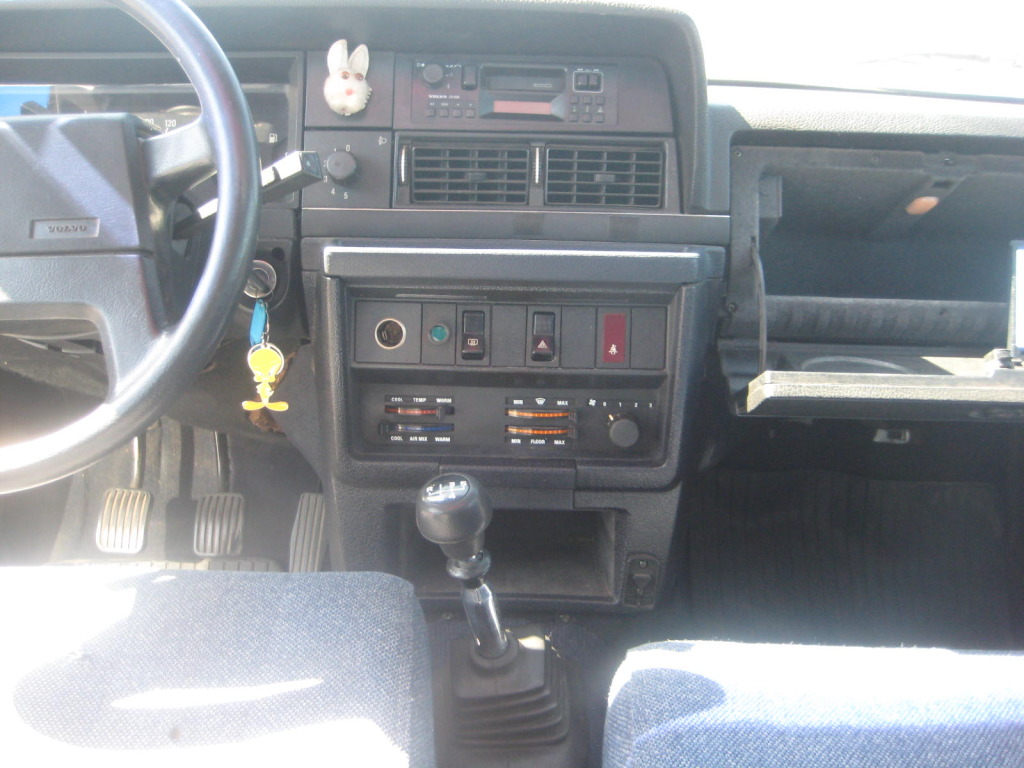 The 5-speed manual transmission is another great feature for this car – and it will really need that extra power that won’t be lost to a torque converter, because the VW D24 diesel engine is notoriously terrible. The seller states it was a “VAG” design, and by that he does not mean to refer to a female reproductive organ that could somehow build engines, but Volkswagen AG. These were bought and plopped into 240s and 740s in the ’80s apparently because Volvo did not have a suitable diesel engine of its own design, and felt that the “powerplant” (we use that term generously) from a mid-sized Volkswagen commerical van would somehow be the best choice. It’s a 2.4 liter machine which is fairly small for an inline six, and on top of that it is naturally aspriated – no turbocharger – meaning that it will be slower than walking, but get terrific fuel economy (still worse than walking though). 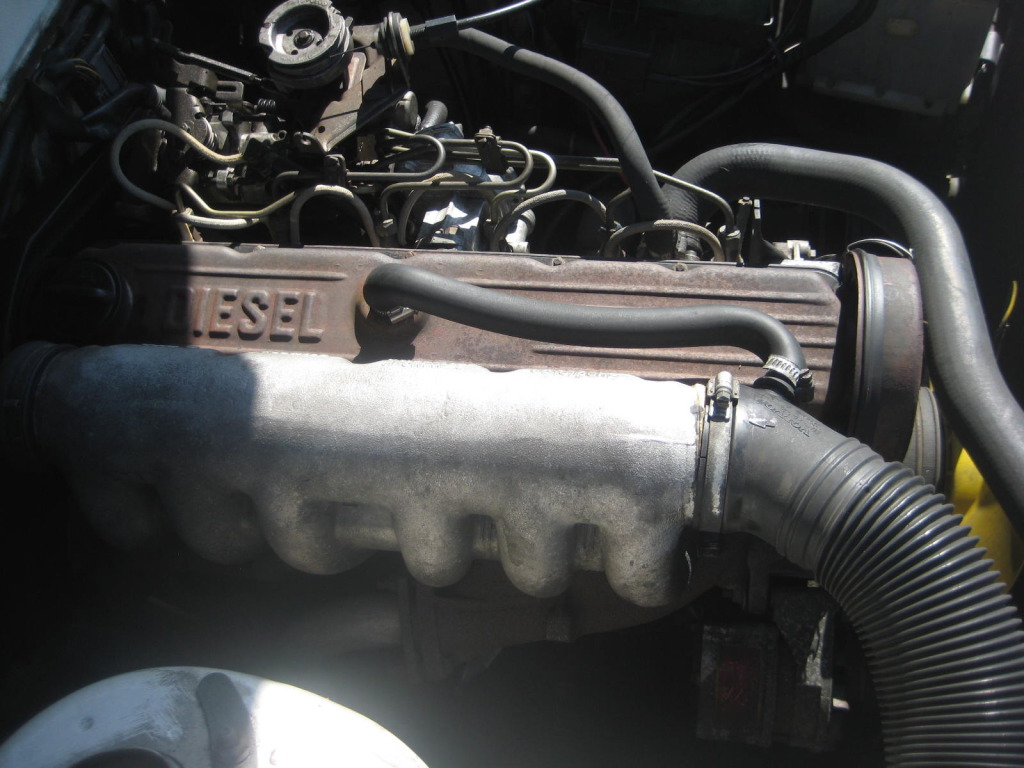 Because of its meager 75hp output and notorious lack of reliability, we highly suggest ditching the wimpy, stinky VAG oil burner in favor of some cheap American muscle. Like for instance a GM 5.3L Generation III small block V8 which can be had in junkyards across the country for several hundred dollars. The reason we picked this car to get excited about for an engine swap: not only is it a unique Euro variation, it’s titled as a  pre-1998 diesel, meaning no smog checks in the state of California, meaning little to no scrutiny of said V8 swap and whatever else your heart desires…not that we officially encourage that kind of thing…which we don’t. Definitely do not go out and buy an engine that will more than triple the power output of an otherwise cool car for the price of a down payment on a used Kia. Terrible idea!