How about two Volvos to drool over this Thorsday? Too much? No – it’s not enough! As opposed to the 1800E, our second Swede is not curvy at all, in fact it’s the brickiest brick that ever bricked: the 240 wagon. Now, a late model 240 is a fine car even today and has a broad appeal to the masses (like a Camry) except it’s rear wheel drive and nowhere near as beige and boring. But that would not be enough of a reason by itself to feature one; we like them strange. Therefore we present this 1989 Volvo 240 wagon, which has been stuffed with an LT1 V8 and relieved of its steel roof in favor of a folding ragtop. This hammer wielding Norseman is up on ebay in Gowen, Michigan with bidding near $5k and reserve not yet met. 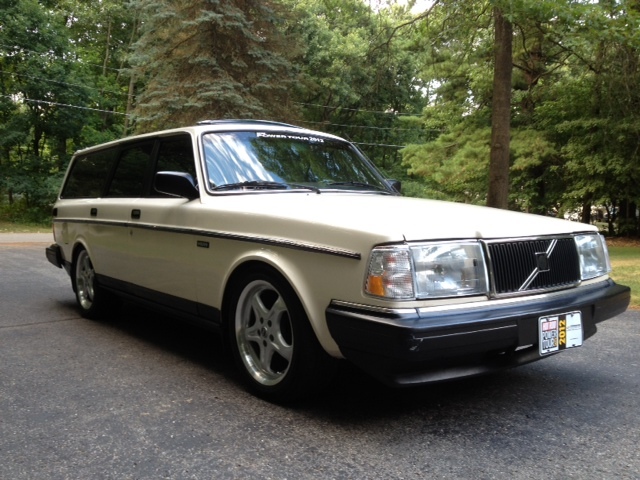 So let’s get down to business, to that beast under the hood. There are plenty of V8-swapped Volvos running around these days, usually 240s, 740s and 940s. A popular swaption (ha ha) is the Ford small block of the 5.0L / 302 c.i. variety. The small block chevy V8 is of course popular as well, and we would choose an LS1, LS3 or LS7 if we were building one ourselves. LS7!

Anyways, when buying someone else’s completed project you don’t always get your first choice. This one packs an LT1 and 4L60E automatic trans from a 1996 Chevrolet Impala SS. This is a 5.7L (350 c.i.) 2-valve “Gen II”, complete with a PCM computer that controls both engine & trans, sequential EFI, OBD-II, and cast-iron block & heads as opposed to the sexy LS aluminum kit. This iron lump puts out 260 hp and 330 lb-ft of torque which is not much given the displacement, but should be perfect for burnouts and scaring the kids, and is an upgrade from the 114 hp / 136 lb-ft provided by the stock Volvo B230 inline four. 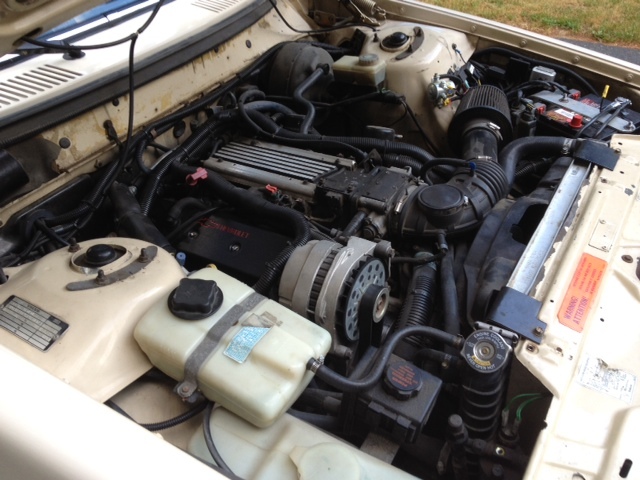 The swap looks complete, finished, and reasonably well executed. The seller claims the engine was rebuilt about 3000 miles ago and has an unspecified Comp camshaft and roller rockers, which should free up a bit more power. The slushbox trans would make this brick more suited to cruising the boulevards looking for “prey” than carving up a road course or getting flogged on mountain roads. Then again the seller is in Michigan, home of the Woodward Dream Cruise, so this brick is a product of its adopted homeland. 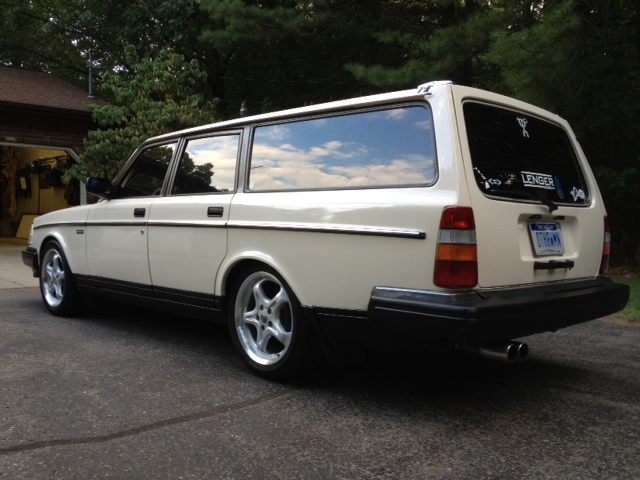 The paint is claimed to be about 4 years old, and the chassis has recently been upgraded with ipd anti-roll bars, new brakes and tires. The body does look especially clean and straight but white hides many sins in sheetmetal, so we would sight down the panels looking for waviness and body filler, and bring a magnet to a pre-purchase inspection. The wheels are an odd choice for a 240 but they are not offensive and match the builder’s intended purchase for this muscle brick. 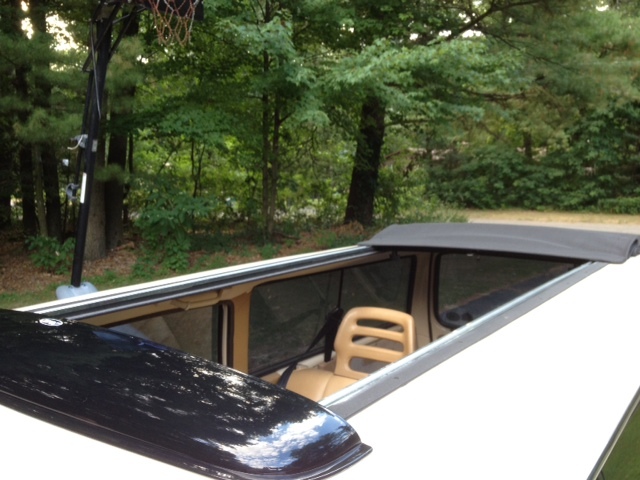 The big elephant in the room (or the roof in this case) is the VW-bus style ragtop that has been grafted in at some point. We aren’t quite sure what to make of it – this looks well done and is definitely unique – but we wonder how water tight it is, and how much louder the cabin has become after the topectomy. Maybe instead of just cruising the boulevard, this 240 should be used for parades, proms, and rowdy bachelorette parties. Passengers could really stand up and attract attention in this thing. You could buy it and start your own business shuttling inebriated and suggestible groups of women between watering holes, and encourage them to stand up in back while you’re drifting and smoking the tires the whole time…girls are impressed by that stuff, right? 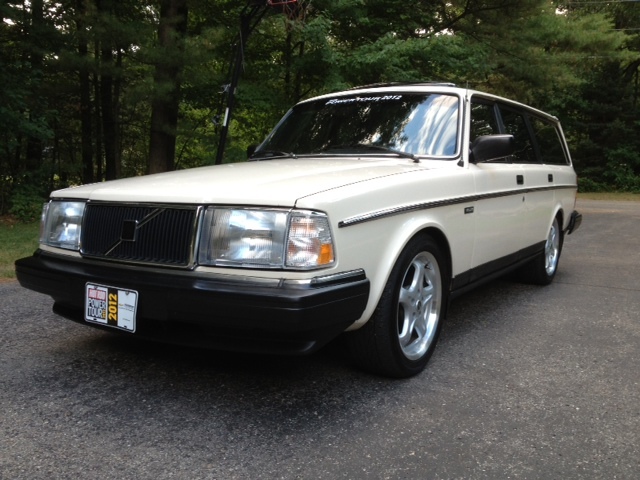 Our fourth Volvo Thorsday featured car is quite the conundrum and a nice contrast to the other three stockers we’ve posted so far. What would you do with this Swedish bar of soap with an American heart and German hairdo? Bracket racing? Stoplight Grand Prix? Wad it up into a tree at the first possible opportunity? Let us know!

Find a less torsionally stiff car that was also designed in the ’60s and has been blessed with more torque and even less stiffness? email us here: tips@dailyturismo.com