Carroll Shelby was the legend in his own time and put his name on all kinds of random vehicles, but none quite so strange as the Dodge Shelby Dakota pickup.  It was the ornery Texan’s first rear-wheel drive car in a number of years since he joined Chrysler and put his name on a bunch of front-wheel-drive hatchbacks.  This 1989 Dodge Shelby Dakota pickup is for sale in Avon, New York, currently bidding on ebay at $3050 reserve-not-met with 1 day to go. 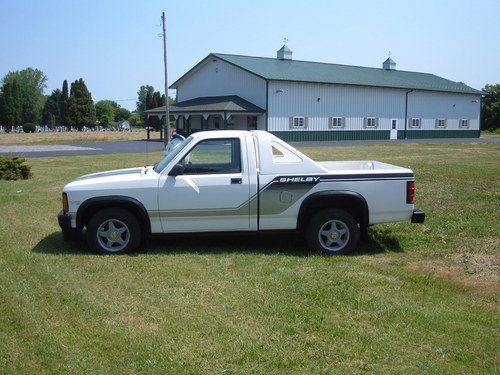 Shelby followed his tried and true method of hot-rodding a pedestrian car by shoehorning a V8 into a small package, this time the diminutive Dodge Dakota pickup!.  Oversize graphics harken back to an era when graphics were a replacement for actual engine horsepower due to EPA mandated emissions requirements. 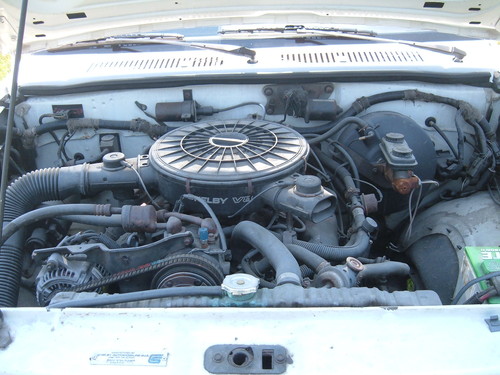 The stock 3.9 liter V6 was replaced with a 5.2 liter throttle body injected wedge-head (sorry, its not a Hemi) V8 from the Chrysler Imperial, Valiant, LeBaron etc.  Power was up to 175 horsepower and 270 ft-lbs of torque..which was only a 5 horsepower improvement over the stock 3.9 liter V6, but the 1980s were not a good era for American engine power-per-liter numbers.  Expect it to be faster than a normal Dakota, and while it was the ‘fastest’ pickup you could buy in 1989, you will get crushed in the 1/4 mile by any modern Japanese minivan. 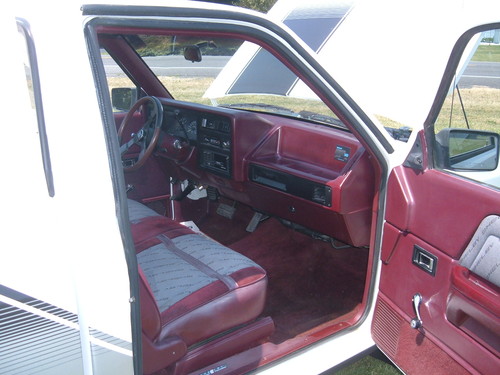 The interior on this one looks good for the 106k miles on the chassis – probably better than most of the normal Dakota’s that have been used to haul horse manure, political leaflets and all kinds of other horrible stuff.  We especially dig the ‘shelby’ embossed seat & door card fabric. 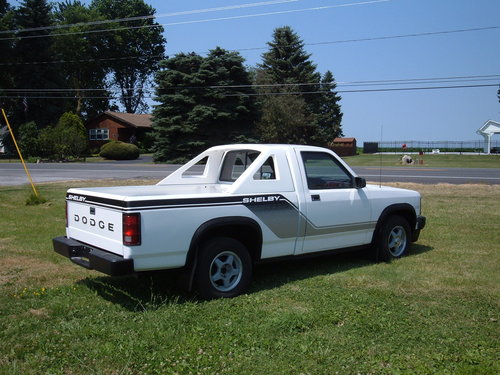 The real appeal to this car is the rarity of driving around in a Shelby pickup – and we can’t say we’ve ever seen one on the road – which isn’t surprising seeing as how only about 1500 left Shelby’s Whittier, CA chop-shop.

See another Shelby for cheap?  email us here:  tips@dailyturismo.com