The Samurai in Feudal Japan were a class of Warrior-nobles, the word Samurai actually a verb meaning “to wait upon the upper ranks of society.”  The Samurai with wheels was a four-wheel-drive lightweight from Suzuki – the Miata of SUVs.  This 1988 Suzuki Samurai is for sale in North Bergen, NJ on ebay currently bidding at $5010 reserve-not-met. 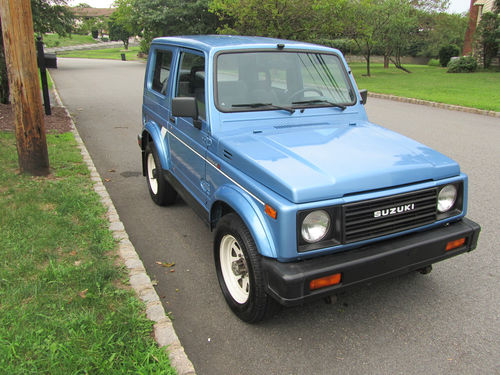 The Samurai is a small boxy looking ‘sport’ utility vehicle that will seat 4 and climb hills with ease.  It is a brutally slow car.  Really slow.  When the original Samurai lost their owner- they were bound by an honor code to commit oibara seppuku…ironic in that driving a Samurai will make the owner want to commit suicide.  A fork-lift will beat you in a 1/4 mile drag race.  Really – your friends will take the bus instead of riding in this flip-prone slow-boat to nowhere and you will die alone when it spontaneously does a backflip. 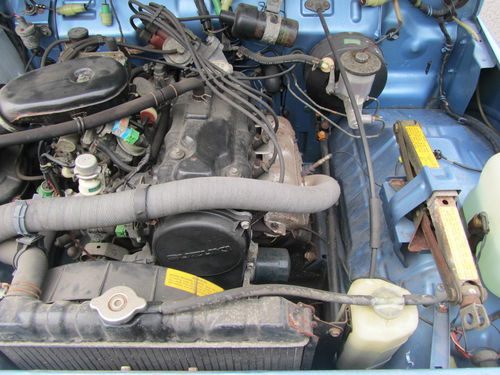 Slowing down the Samurai is a 1.3 liter boat-anchor inline4 that puts out 63 horsepower and 76 ft-lbs of torque.  The anchor is mated to a 5-spd manual – a slushbox would put this thing in motor-scooter-slow territory.  Thankfully the Samurai only weighs 2000 lbs – that is only a sophomore frat-boy more than a 1st generation Miata.  This light weight makes the Samurai surprisingly versatile in off-roading – and its small footprint allows it to make it through places that huge full sized pickups (and their anatomically challenged drivers) won’t dare. 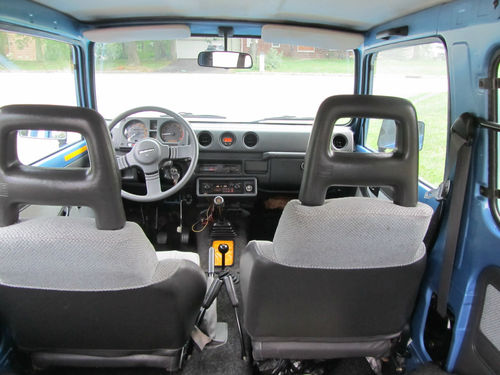 Inside its obvious that the weight savings has created a bare-bones, no-frills interior — the dash looks like a 60s Maytag dryer.  No need for fancy Alcantara headliners, wood-grain dashboards, cup holders, etc.  We’ve ridden in a few stock samurais and can report that it is like driving a fast  slow shopping kart.  The short wheel-base makes the horizon disappear when you hit a speed bump and the acoustics inside can only be described as ‘like a sardine tin.’ 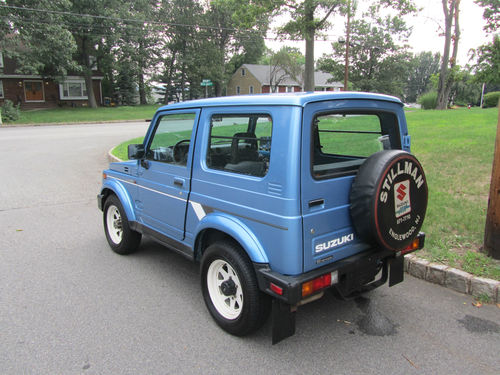 We’ve given this car a hard time for being slow – but there is something to be said for cars that require your 100% effort to keep up with traffic – and the Samurai has a warning sticker on the sun visor stating that it ‘doesn’t handle like a normal car’ – so the turns at standard traffic speeds will also require 100% of your concentration to avoid flipping and instantaneous fiery death (we’ve seen movies and we know that cars ALWAYS explode when flipped).

But…and here is the ‘Kardashian big‘ but…this is the nicest Samurai you can likely find and it’s only got 12k miles on a very reliable Suzuki chassis.