The Subaru Justy was a hatchback built in Japan and imported to the US from 1987 to 1994.  It isn’t particularly pretty and it won’t win you an car show trophies, but we think it would give you a lot of fun for low bucks.  This 1988 Subaru Justy is located in Alta Loma, CA and for sale on NASIOC forums for $1850 asking. 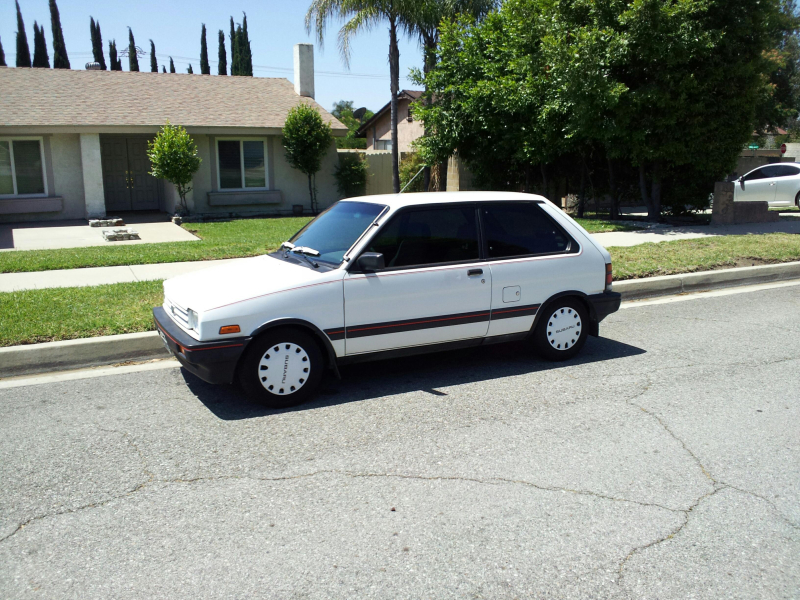 Right now you are probably thinking those guys over at the Daily Turismo have lost their minds…and while you would be mostly correct, you have to bear with us while we paint this picture.  This car has a few things going for it — first, it’s the price.  At less than $2k you really can’t be too picky, but we like the boxy styling and basic utility of the hatchback. 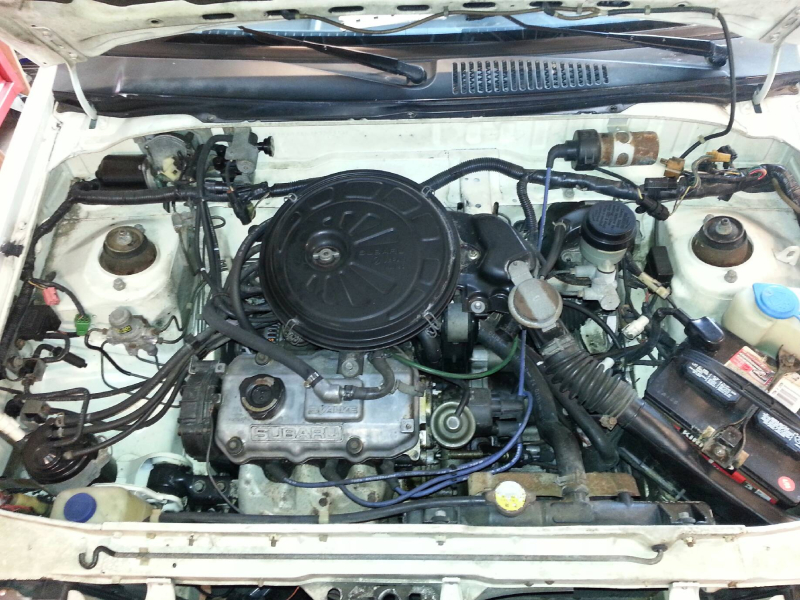 The 1 liter 3cylinder engine in the Justy puts out 66 horsepower and 70 fts lbs of torque.  (Random fact of the day: The 1990 Justy was the last car sold in the US to have a carburetor).  Thankfully the 1655 lb Justy is equipped with a manual 5-spd transmission and should be a great car to just hammer on relentlessly.  There is an old saying about driving a slow car fast being more fun – and we guarantee that this car will live up to that saying, at least for a few weeks before you realize what you’ve purchased…but it weighs less than a Miata and seats 4 – we like that. 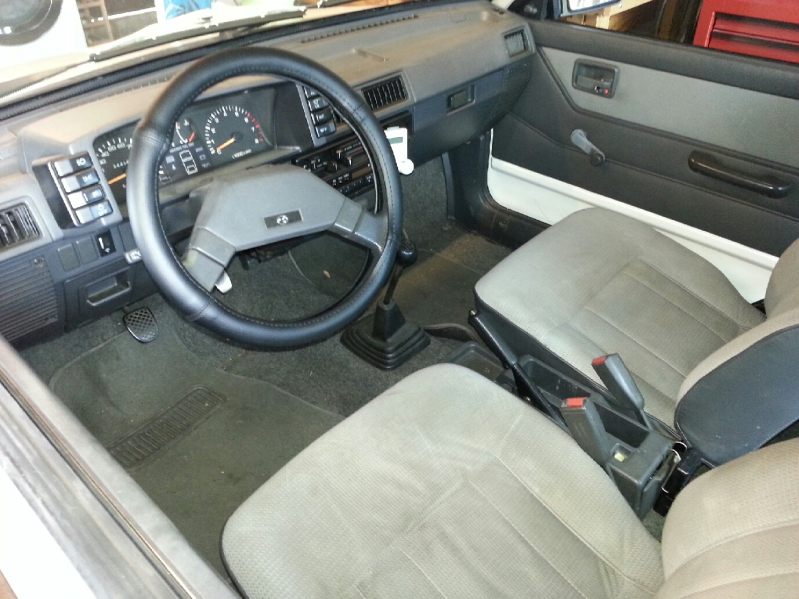 Inside the Justy is nothing special, a steering wheel attached to rack-and-pinion, a few seats, a gear shifter – look, it’s got everything you need a car and is only 2 grand.  That is less than the price of a 50k mile service on a new Mercedes. 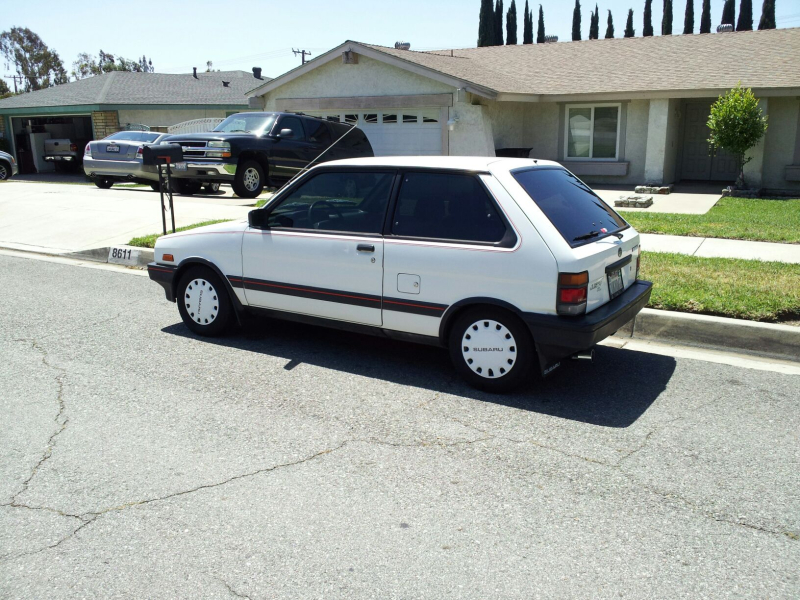 Final thoughts are that if/when something does break on this car – a quick trip to your local pick-a-part junkyard and you are back in business.  This car is modern equivalent of a 1960s Fiat, but without the rust and constant mechanical issues.  And this is one of those cars that you can drive like you stole it and the speeds will be so low that there will be no consequences.

See another ugly duckling that needs a new nest?  email us here:  tips@dailyturismo.com