The Mazda Familia was a compact car built by Mazda from 1964-2003 – a small workhorse sedan/cabriolet/coupe/hatchback/wagon/ute and by its 5th generation was badged the Mazda 323 in the USA.  This 1988 Mazda 323 is one of the rare GTX editions – and is for sale with a complete extra “parts car”. 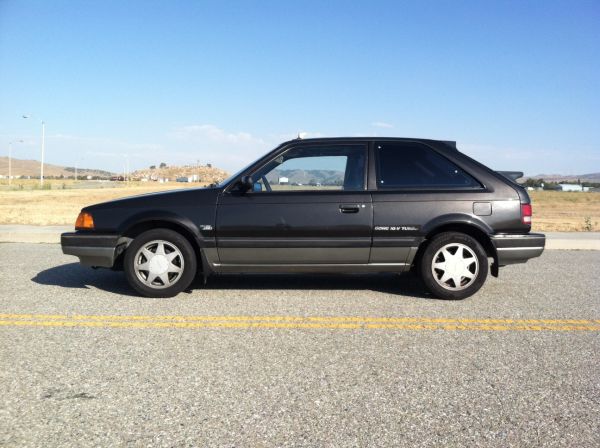 The GTX is a small package with surprising performance — sort of a 6 year old Anakin Skywalker.  Like Ani, the Mazda is smaller than its competition – but it packs a punchy turbocharged engine, manual transmission and all-wheel-drive.  Its one of those cars that with the right upgraded parts and light saber training will be a great daily turismo and bring balance to the force. 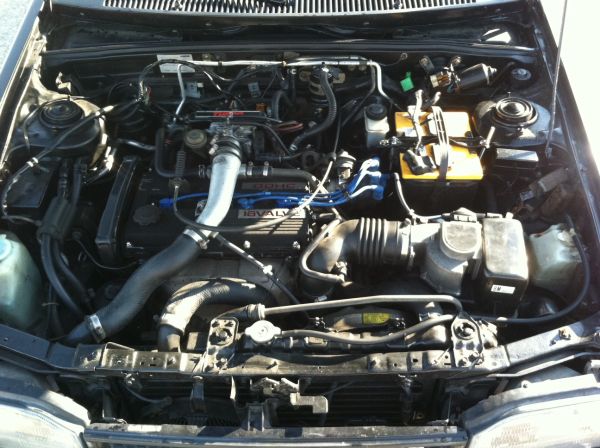 The 323 is powered by a turbocharged and intercooled B6T 1.6 liter engine putting out 132 horsepower and 136 ft-lbs of torque.  The engine isn’t a stomping behemoth like the Millennium Falcon’s hyperdrive – but its enough to make the 2100 lb pod-racer feel quick with its manual trans and 4 tire chirping all-wheel-drive. 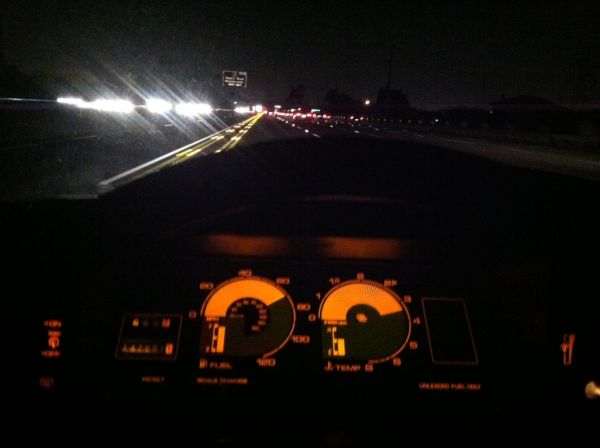 The view inside the 323 looks straight out of a pod racer – complete with gauges to transfer power from the left to right engines…or they may be a tach/speedo.  We can’t get enough of these gauges and would ignore the faded curtain material upholstering the seats and cheap plastic switches during the day to get a chance to zoom through the galaxy at night.  Just be sure to give this car a good cleaning after you buy it to get all the midichlorians off the seat.  Otherwise you’ll need to get some kind of antichloriotic prescription from your local pharmacist unless you can deal with all the itching and scratching – those little symbiotic bugs are nasty. 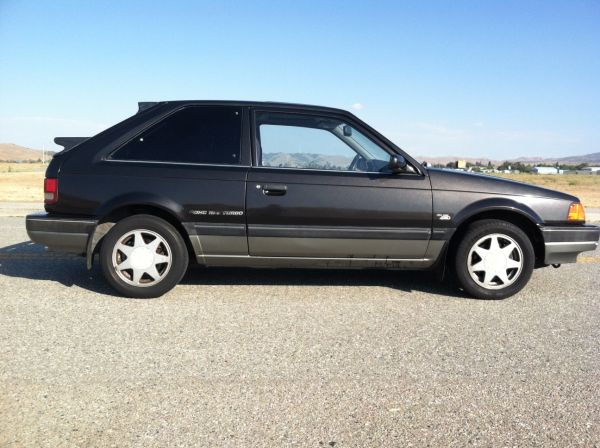 The 323GTX is a rare car – something on the order of 1200 were sold in the USA – you’ll see one about as often as Lucas slaughters your childhood memories with Episodes 1-3.  We like them because of the turbo/5spd/AWD combo and low pricepoint.  These cars offer a great alternative to the VR4 Gallant for the cheapskate Jedi on a budget.  Even if you lived on planet Dagobah with a fixed income, you could afford the GTX.  Would you pull it from the swamp with your telekinesis or leave it for the womp-rats?

See another speeder for sale on the cheap? email us here:  tips@dailyturismo.com