The E28 M5 was the first generation of BMW’s world changing rocket-ship sedan.  The M5 did to the 4-door sedan what the Pontiac GTO did for the 2-door sedan – set up a devastating formula for others to follow.  The E28 M5 (only available stateside in 1988) packed the engine taken from the M1 supercar into a luxury sedan and changed the world (for the better) – you can thank the 88 M5 for every AMG, M sedan, ISF, SHO etc.  This 1988 BMW M5 is for sale in Youngstown, OH for the bargain basement price of $3800 via craigslist. 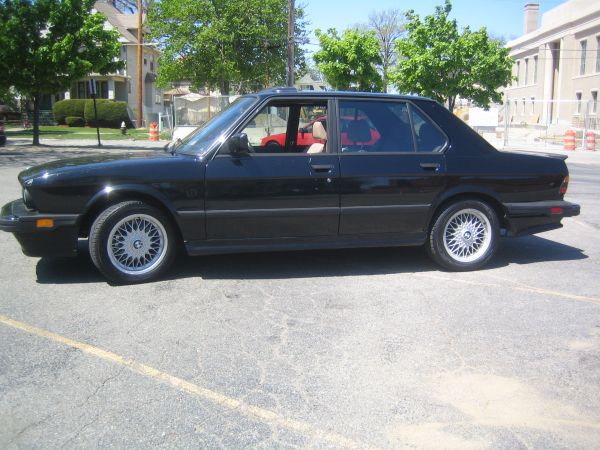 The E28 M5 isn’t much cosmetically different from the standard 535i sedan – just a small rear wing spoiler and an M5 badge distinguish it.  Just over 2000 E28 M5s were built for the US Market – all of them Schwarz (black) exterior and Natur (tan) interior with just about every option available; full leather interior, A/C, power windows, power doors, etc. 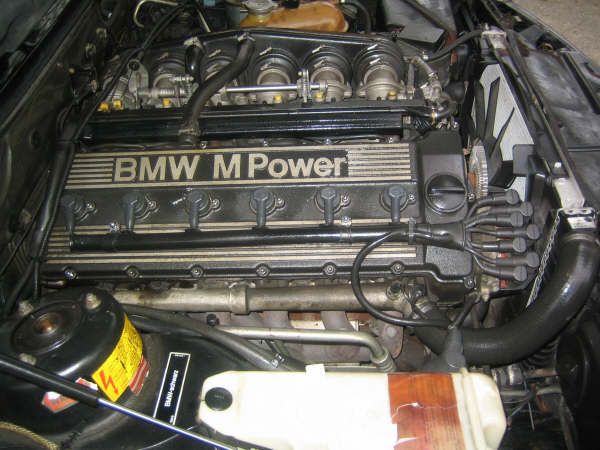 The e28 M5 is equipped with the S38 B35 catalyst equipped 3.5 liter inline 6 putting out 256 horsepower – enough to make the M5 the fastest sedan ever built when it was new.  The S38 was a detuned version of the BMW M1 supercar engine (mated to the 535’s 5-spd manual trans and standard limited slip diff), and compared to everything else sold in 1988 it was very fast. 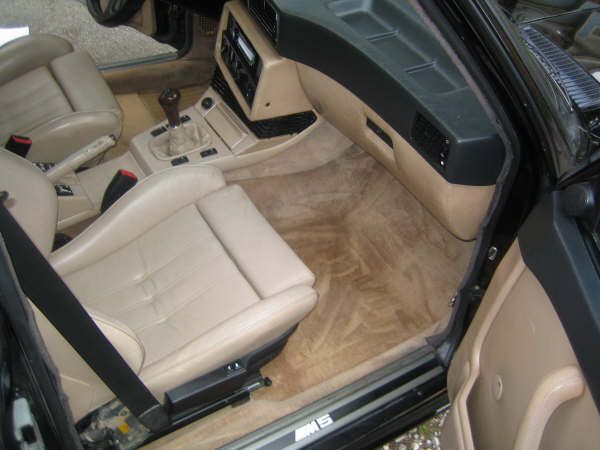 Inside this M5 still looks nice – e28s were built well and there are enough 535i models that you can get spare parts easily – new or used.  This ad doesn’t have particularly good photos, but the seller has enthusiastically shampoo’d/vacuumed the carpets within minutes of taking the pics, so at least it shows better willing to spend 5 minutes preparing to create the ad (much better than yesterday’s CamEro).  The e28 M5 is indeed a rare beast over here – with something like 1200 sold in the USA, so this one is priced extremely low – pick this one up for about the cost of a used M5 engine…not bad.