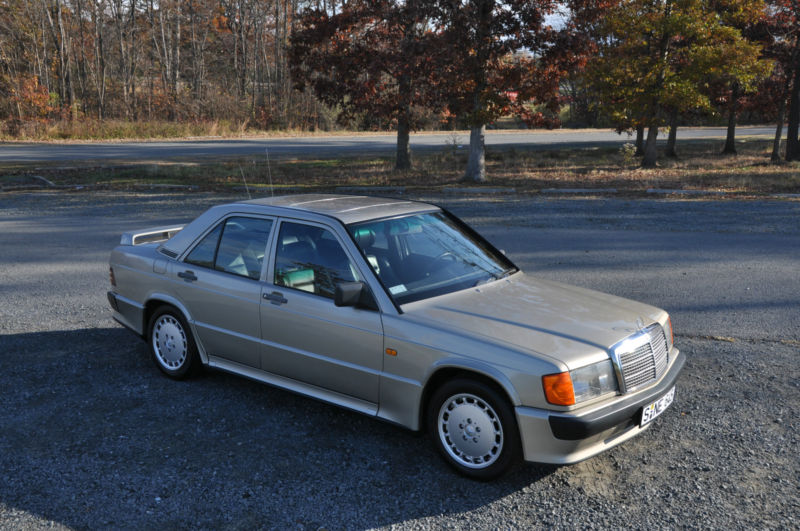 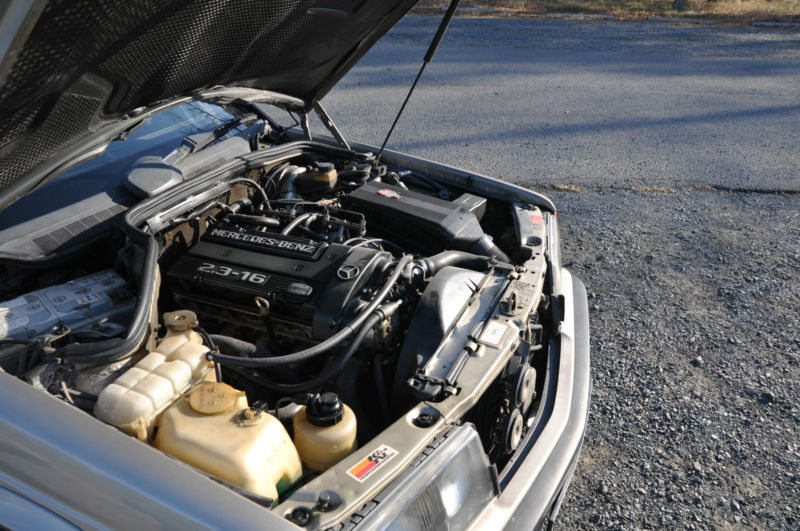 The heart of the 2.3-16V Cosworth transformation from Taxicab to Ringtaxi is a 2.3 liter DOHC inline 4 with cylinder head designed by Cosworth.  The resulting engine puts out 167 horsepower and 162 ft-lbs of torque and mated to the 5 speed transmission gives the classic Merc performance on par with a Toyota Prius…but to be fair it was quick back in the day when 5 liter Ford V8s made less horsepower.  The 2.3-16V today brings with it more of an experience, than actual performance, with its strange dog-leg gearbox (1st gear is up and to the left, 2nd also up and 3rd just under 2nd – it was intended to allow 2nd-3rd gear changes on a race track to be quicker…but actually just confuses drivers). James May can’t figure it out, but we have more faith in our readers. 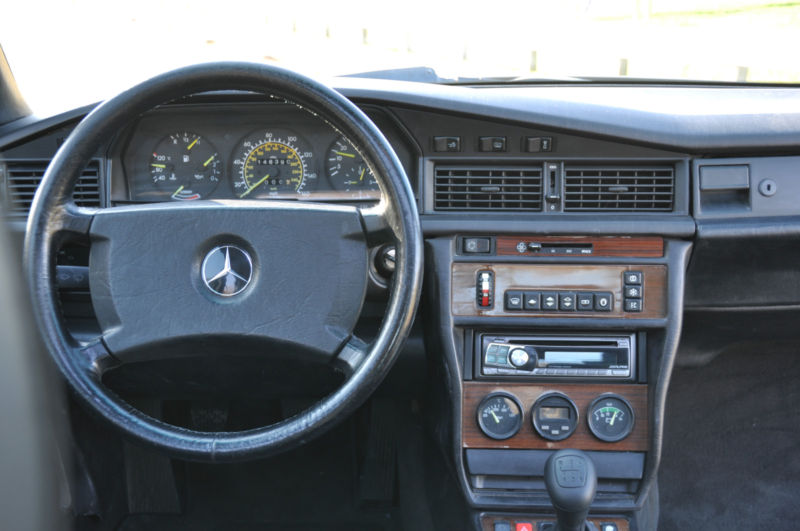 Inside the 2.3-16V looks in decent shape, with the slightly smaller steering wheel (the basic 190 steering wheel would be at home on the Queen Mary), huge shifter knob and some bits of M-B standard Zebrano wood accents.  Mid 80s Mercedes interiors are known to survive the years well, but small issues like broken ignition lock-cylinders can cost the bank if you take it to a dealer or MBZ repair shop. 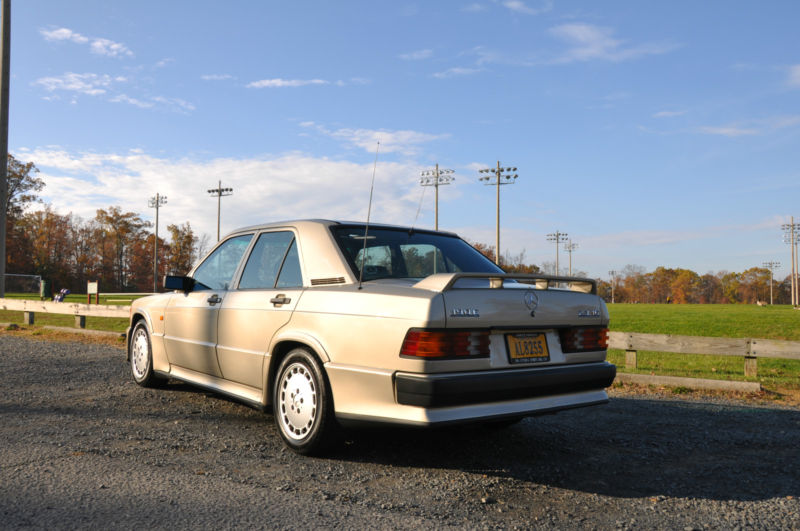 The body kit on the 2.3-16V really makes it look the part of DTM racer and we think every 190 should have come from the factory like the Cosworth.  It also sports a small cosmetic wing on the trunk, but internet legend claims that the 2.3-16V had a notably low (0.32) coefficient of drag for its era.  It will be interesting to see where the bidding ends on this MBZ because the seller says it is a good mid-range driver.