The GMC C/K was a range of light duty pickup trucks built from 1960 through 1999.  The third generation of C/K series was built from 1975-1987 and is known to be an all around workhorse for yard workers, macho men and survivalists.  This 1985 GMC High Sierra 2500 was submitted by its seller and is for sale in Lebanon, MO for $3800 via craigslist. 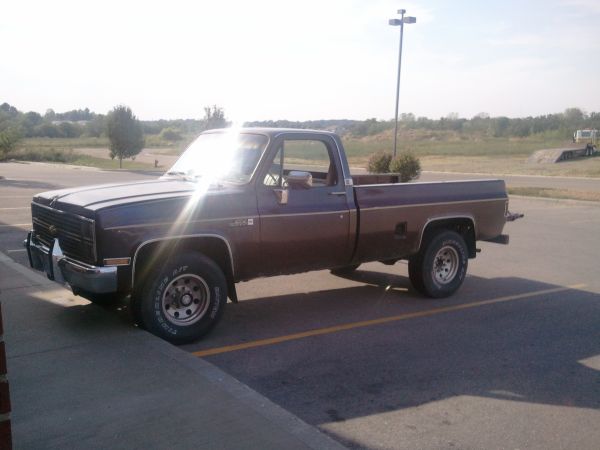 The GMC 2500 isn’t in showroom condition or recently been restored – so why is it on the daily turismo?  Its because its an honest 3/4 ton pickup with 4-wheel-drive, power steering, power brakes, Chevy 350 motor, power windows and ice cold AC.  Its a $3800 pickup that will do everything that a brand new $38000 pickup will do and you can park it in a Walmart parking lot and not worry about door dings or dogs peeing on the tires.  Its been used to pull a boat and haul limbs…we assume tree limbs and not human limbs..but perhaps this truck was once owned by one of the UCLA limb salesman that made the news a few years ago.  Just be sure to hose down the bed area really well…maybe with bleach…before you use it. 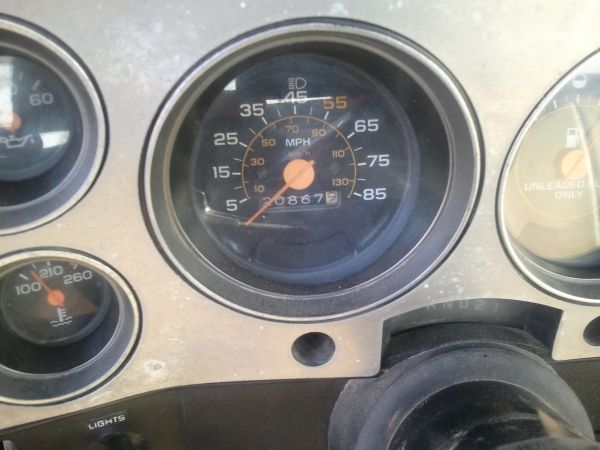 The odometer shows 20867 miles, and the seller maintains that its 120867 miles, but does it really matter if its 220867 miles?  The Chevy 350 in this thing will last forever and cost about as much as a carton of cigarettes to rebuild once it starts wearing out. Does it matter if it makes 150 or 250 horsepower…no…this thing will be able to pull stumps and bark the tires going into second – don’t get all in a tizzy over the numbers.

This generation of GMC pickup was also involved in a scandal involving NBC producing a special called “Waiting to Explode” in which an overzealous reporter strapped solid propellant model rocket engines to the fuel tanks on the pickup and rammed it with another car.  Click here and forward to 1:25 to see the boom! The resulting gas fire was subject to litigation from GMC owners, GM vs NBC and on-air apologies from NBC anchors.  A good time was had by all!! 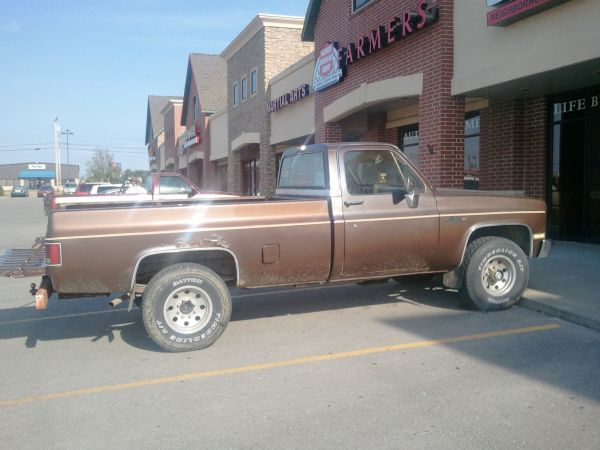 This GMC hasn’t been rammed or burst into flame – but it does have some rust in the bed area and in the fenders – which won’t be a problem when you are hauling a bed full of arms and legs – or running through a field of zombies – this car also qualifies for the DT zombie-proof badge with its four-wheel-drive and “farm-bumper”.  If you want a show car that you can wax every weekend and maybe lower to the point where it can’t actually haul a ‘load of limbs’- this isn’t for you; but if you need a poo-brown 3 seater to get a farm job done – this is the ride for you.

See another limb-hauler that doesn’t cost an arm and a leg?  email us here:  tips@dailyturismo.com