The Oldsmobile 88 was a full sized car sold by General Motors from 1949 to 1999, a stunning 50 year production history that started in 1949 as a car that a 30 year old would like. The 88 continued to court that same buyer until he was 80 in 1999…and like its customers, faded into the great unknown.  Lucky for us, some of these Olds 88s have been spared the crusher or  crematorium – like this 1984 Oldsmobile Delta 88 Royale Brougham Diesel for sale in Snyder NE for the low price of $3000 via craigslist.  Hat tip to tipster Andrew L. 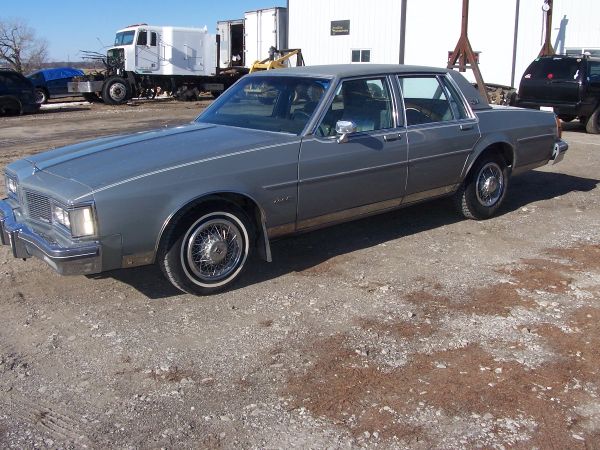 We will get to what makes this Delta 88 a diesel later – but first let’s focus on understanding what a Delta 88 Royale Brougham means.  Back in 1977 the 8th generation of Olds 88 was built on the GM B-body, (the next generation of Olds 88 would be built on the front wheel drive H-platform) so it maintains the classic rear wheel drive and general heft of a full sized GM car – lots of ‘road hugging’ weight.  The Royale Brougham package added plush pillowed seats, a padded vinyl top, Brougham badges and general awesome to the Olds 88.  Getting parts for one of these will be simple for the next few years because you can’t go to a junk yard anywhere in the country without falling over stacks of plush seat equipped Broughams of various lineage.  Get a nice one now before they are all crushed… 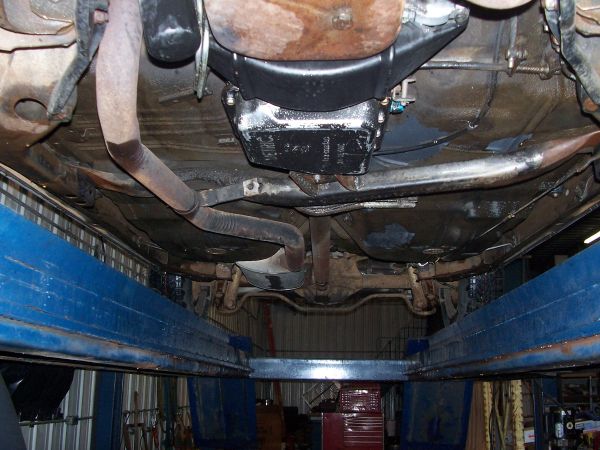 Now on to the dubious claim of 28 miles per gallon and the oil burning elephant under the hood.  This Oldsmobile comes equipped with the Olds LF9, a 5.7 liter V8 that burns diesel fuel and puts out a measly 105 horsepower and 205 ft-lbs of torque.  The Olds LF9 has the dubious honor of being about the worst diesel engine ever produced as it was a hasty diesel conversion of the gasoline Olds Rocket V8.  Diesel direct injection combustion events are very different from gasoline spark ignition and create extreme cylinder pressure peaks even at idle conditions (hence the ping ping clackety clack rattle from most diesels) as opposed to the smoother flame front burn of the gasoline engine.  The end result is that a diesel engine needs appropriately sized bearings, rods, caps, skirt, block, head bolts, et cetera, to deal with the increased forces associated with this pressure peak.  The Olds engineers did not understand or did not have time/budget to redesign the appropriate components and released into the Olds, Pontiac, Buick, Chevy, Cadillac & GMC lines what was essentially a gasoline engine with direct injection diesel fuel system added to it. The resulting warranty fiasco was nothing short of disastrous.  It likely soured a generation of Americans on this confounded diesel thing and only recently have diesel engines made a respectable comeback on this side of the Atlantic. 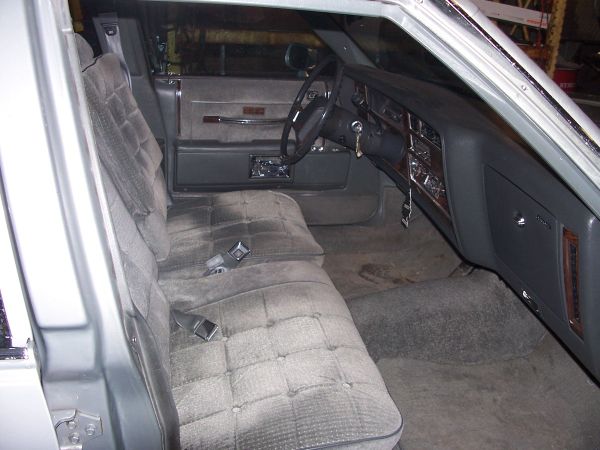 The inside of this Brougham carriage is well kept considering its age and we can only hope that the plush interior is free from the sweet smell of diesel fuel.  The only thing wrong on the inside is that the cruise control does not work, something that isn’t a problem for freeway clogged places like Los Angeles, but would be a problem if you are planning to use this for a long distance commuter in Nebraska. 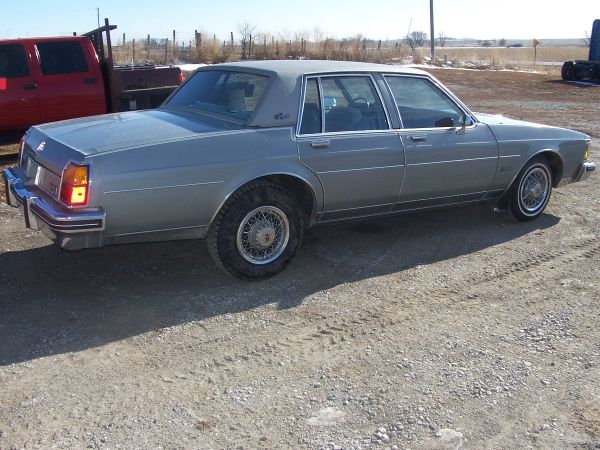 It is probably an optical illusion, but the rims in the back look smaller than the front…likely just due to the white-wall stripe on the front tires and would be an easy fix by mounting the front tires outside-in or rear tires inside-out.  Bottom line; if you are looking for a mid 80’s Brougham diesel sedan (which you shouldn’t be), they don’t get much cleaner than this one.

See a better diesel for cheap? email us here: tips@dailyturismo.com

Maki Some Noise: Follow-up on a Unique and Rare Breed DT: Top 5 Most Viewed Posts of 2012