The Dodge Colt was a USDM version of Mitsubishi Japanese market cars – originally the rear-wheel-drive Galant and later the front-wheel-drive Mirage.  The Colt was a subcompact with a cheap entry price and basic features that makes for an excellent winter beater or cheap car to thrash around.  This 1984 Dodge Colt GTS Turbo comes with the novel “Twin-Stick” manual transmission and is for sale on ebay currently bidding at $2,800 with 5 days left to go (thanks to tip from Andy L). 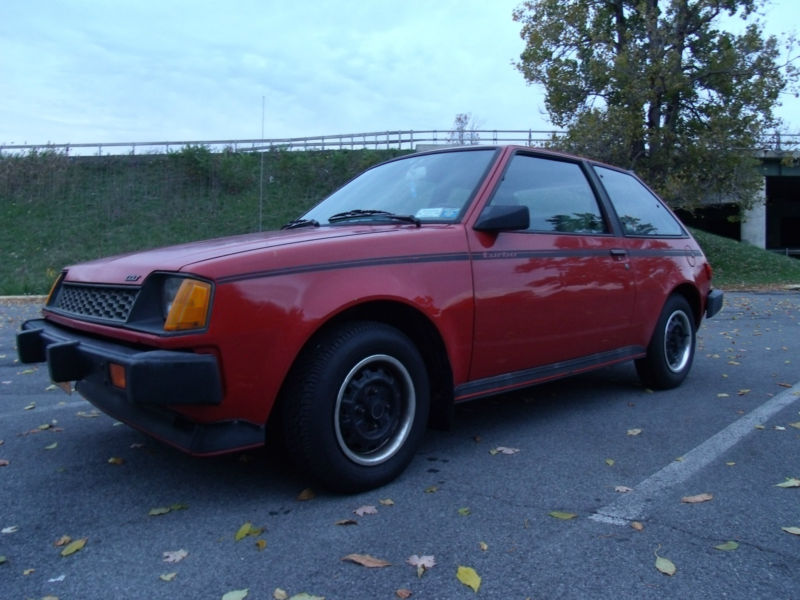 The Dodge Colt wasn’t a particularly good car in any sense of the word.  It was poorly assembled, under engineered and cheap.  But it excelled at providing bang-for-buck hot-hatch excitement for the unwashed masses.  Automotively, it is the exact opposite of the Mercedes 500E we featured yesterday.  The 500E was autobahn fast, well built, serene at speed and isolates its owners from the outside world; this hatch is slow, built by drunks, twitchy in parking lot maneuvers and will share with its driver every type of understeer, bump and engine noise. If the Mercedes is a proud German Shorthaired Pointer Best of Show winner at the Westminster Kennel Club – this Dodge is your Uncle Louie’s half-Chihuahua half-Shepard mutt that is always humping your leg and pissing on the furniture. 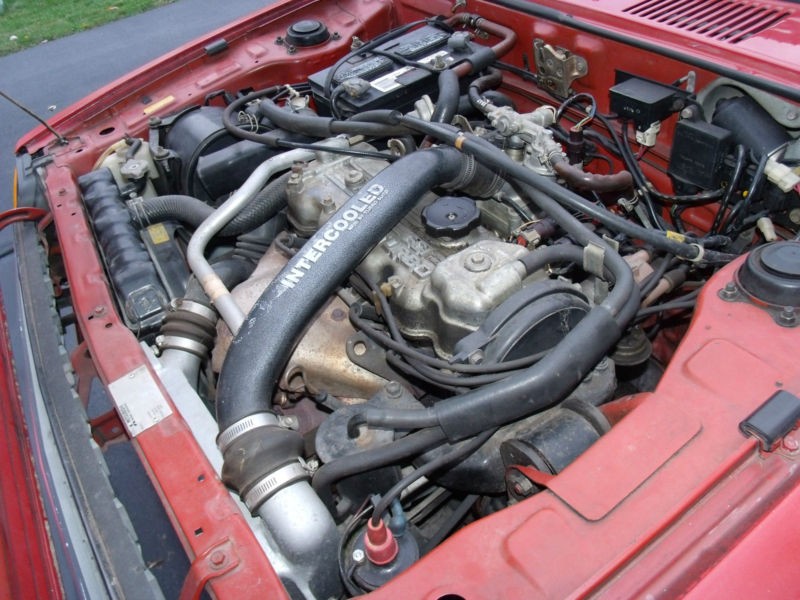 The heart of the Colt is a 1.6 liter Mitsubishi 4G32 inline 4 turbocharged and intercooled gasoline engine putting out 102 horsepower.  It used a unique 8 speed manual transmission – actually a 4 speed trans mated to a 2 speed transfer case.  This power is put down to the front wheels and isn’t enough to really induce General Motors levels of inside wheel spin – and the car is light enough to feel ‘peppy’ and fun when pushed. 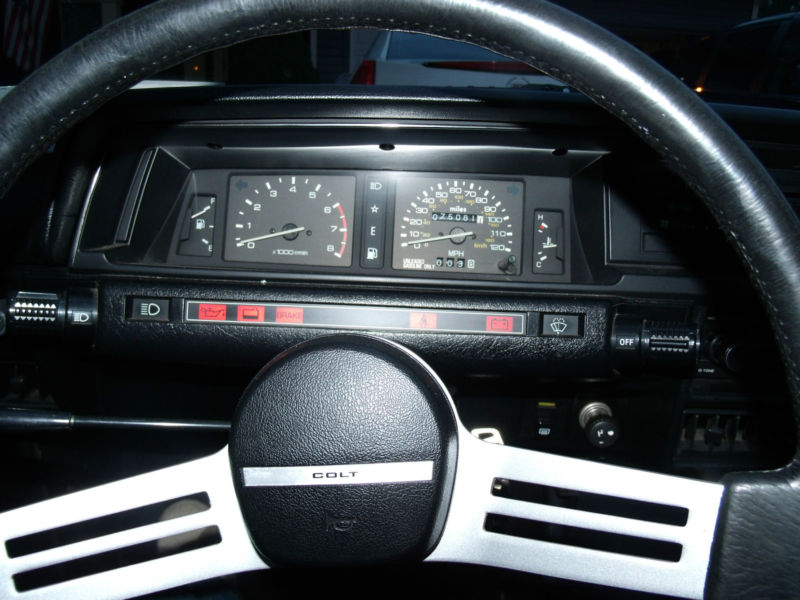 The inside of this Colt is free of “tears, bad smells, stains, or cracks” according to the seller and we hope its true because we don’t like any of those things in our cars.  Especially – crack is not allowed in our cars; dash, cocaine, plumbers or other. 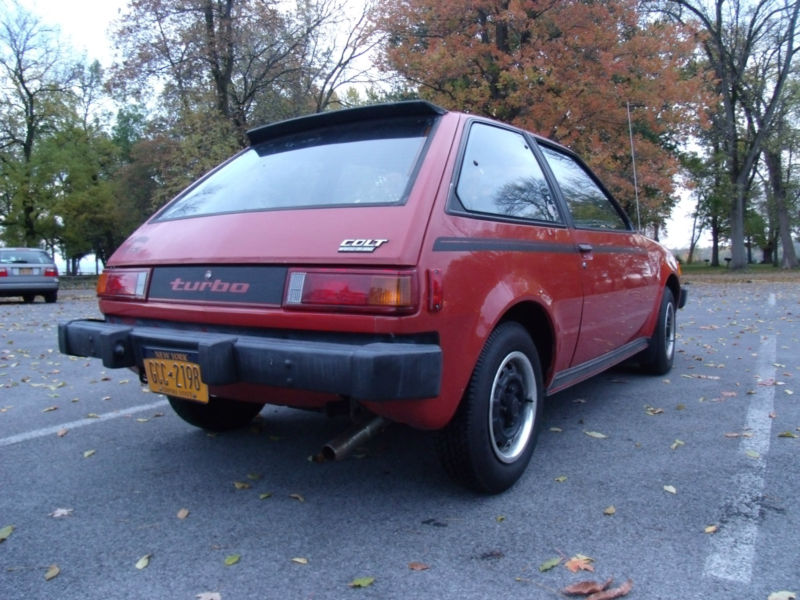 Somehow the builders of the Colt decided a giant turbo emblem would cover up the fact that this car was slow, ugly and generally unreliable…which we sort of agree with.  The feel of a good turbo kicking in is enough to forgive many faults, but we still think the Colt needs to be put to pasture.