Last week’s Thorsday “285” wagon (200 series, 8-cylinder, 5-door…well 6 if you count the ragtop…) caused a bit of debate about structural integrity and the potential uses for such a machine. This week, we may get letters from the SSAG (Save the Smurfs Advocacy Group) because approximately 3,428 Smurfs were skinned to make the rich tweed upholstery in our featured car. The exterior even matches the interior, and we’re sure it would make Gargamel fume with rage and immediately smash it in a vain attempt to make gold. All joking aside, this 1983 Volvo 242 DL is a smoking deal at only $1800, with a collection of parts included. The car is in Westport, PA and advertised on the turbobricks.com fourms – if you’re not a member, the owner’s contact info is listed on his website at swedishbrickyard.com.

**Update 9/26/12: This smurfin’ 242 is now for sale on ebay, with very active bidding, and many more pictures including snaps of the Target photo shoot. We hope it goes to a good home! 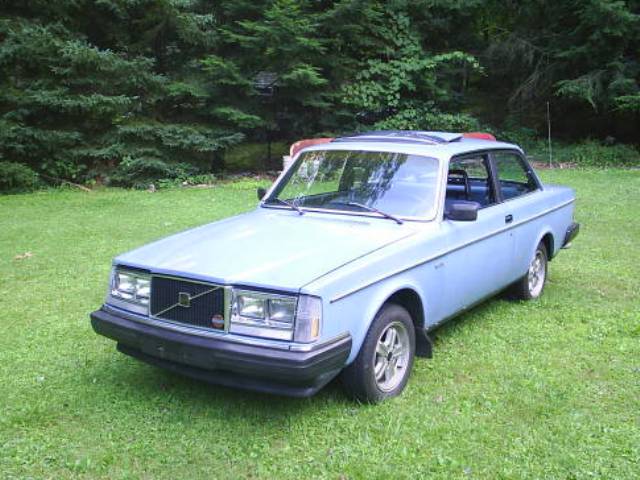 This ’83 is the 2nd-to-last year of the 2-door 240, and the first year to feature modern electronic fuel injection – Bosch LH-Jetronic, instead of the Goldbergian mechanized wonder that is Bosch K-Jetronic continuous injection. It was also the first year of the slimmer plastic covered bumpers that replaced the monstrous stamped aluminum “Commando” bumpers that can be recycled into 100,000 Smurf-size soda cans, each. This gives it a svelter appearance than it’s ’82 and ’81 predecessors. 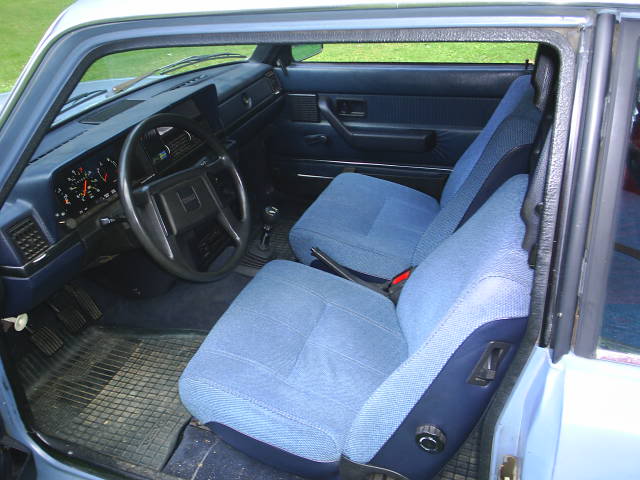 Look at those sumptuous sofas…we weren’t kidding about those smurfs. Their hides must be quite durable to survive 29 years of use and still look this nice. We’re guessing the “cloth” is a sort of smurf suede, whereas the stuff that appears to be vinyl is actually the tanned hides of the darker “ethnic” race of smurfs that lived on the wrong side of the River Smurf. Even the dash looks nice in it’s original smurf chocolate shade; usually they are mired with cracks the size of Smurfette’s cleavage. 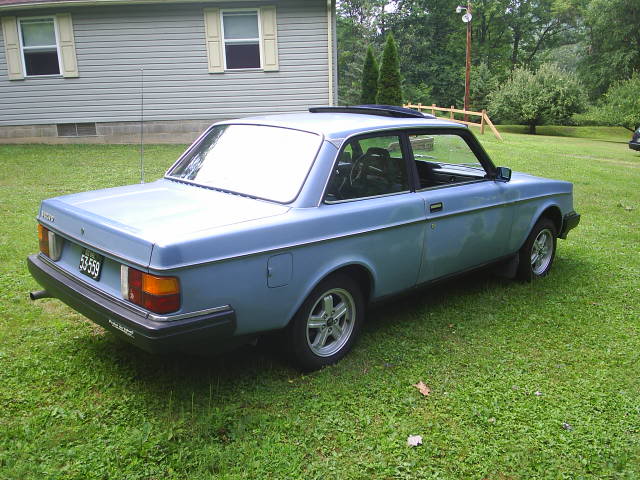 The car appears to be solid, with the main drawback being some accident damage on the passenger side that was repaired and now shows peeling paint. There are a few minor rust spots near the rockers but the floors appear solid, and it needs new tires “badly!” according to the owner. We smurfing love the Virgo alloy wheels on this car, which were originally found on 240 Turbos. And the smaller 5-panel taillights on this ’83 really tickle our Smurf. 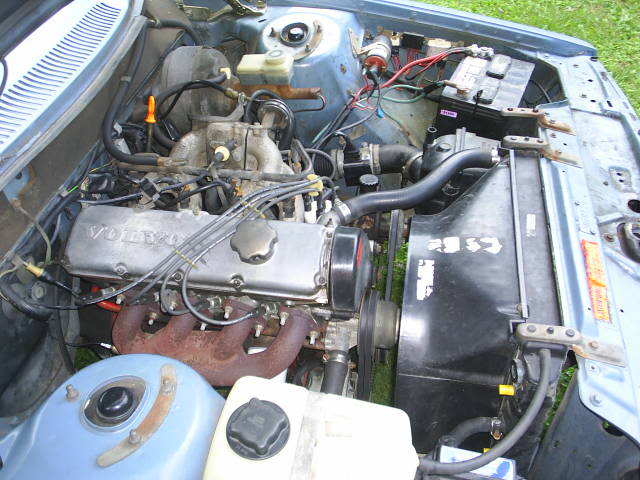 The engine might look like every other Volvo 8-valve Redblock ever made, but if we’re not mistaken it’s the early 2.3 liter B23 which featured higher compression in addition to the aforementioned EFI. This is arguably the most powerful & simplest naturally aspirated engine offered in the US 240s, a good version to have. They all take well to turbocharging though, so if a “+T” project gets your Smurf going, the turbo, manifold, intake and associated parts are easily sourced from junkyards and myriad cheapskate members of www.turbobricks.com. 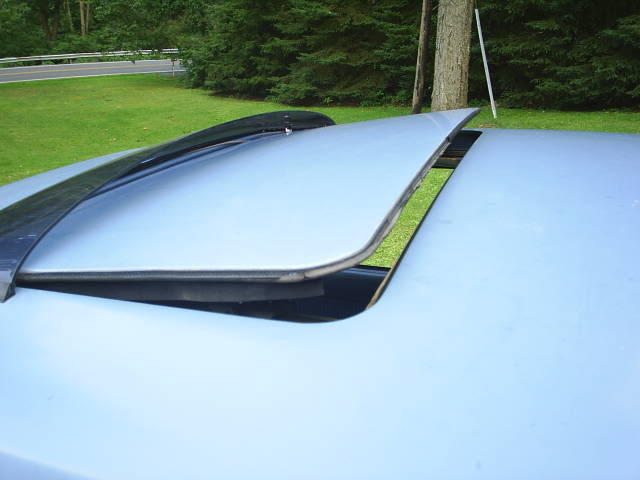 This blue bugger was also a “Special Delivery, Tourist & Diplomat Sales” car meaning it was picked up at the factory in Sweden by the original owner, who took it back to Germany in this case. When & how it got to the States is not mentioned, but it has some unique features like the sunroof that not only rolls back into the roof but also tilts up in the back to ventilate the cabin on smurfing hot days. Combined with the 242’s sweet standard pop out rear windows, we’re sure this special sunroof helps make up for the lack of AC. More images can be seen here in the seller’s photobucket album. 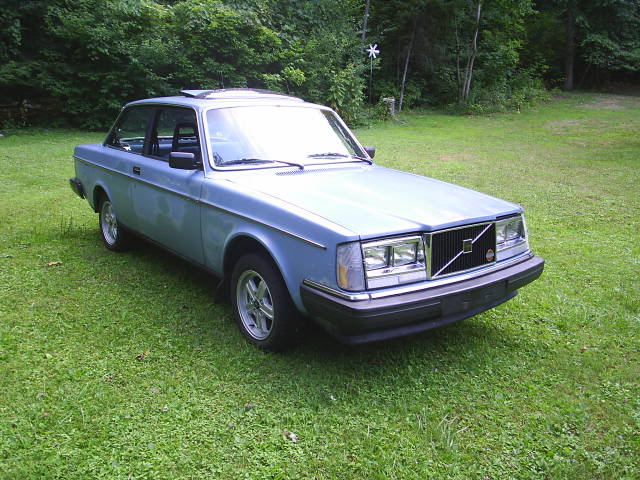 So does this Smurfbil deserve to smurf its way down your driveway and into your heart? Or are you too busy plotting nefarious deeds with Azrael to give a smurf?

We leave you with this, the theme song & intro to the Swedish “Smurfar.”