The Lamborghini Jalpa is a lesser known little Lambo built from 1981-1988.  It has the distinction of being one of the higher production Lamborghinis equipped with a V8 engine, with a total of 410 produced.  The name Jalpa comes from a breed of fighting bulls and it looks like today’s featured bull has been stuck with a few too many banderillas and is one chop with an estoca away from the glue factory.  This 1983 Lamborghini Jalpa is offered for sale in Baton Rouge, LA and is currently bidding on ebay at $3,350 reserve-not-met with 2 days to go. 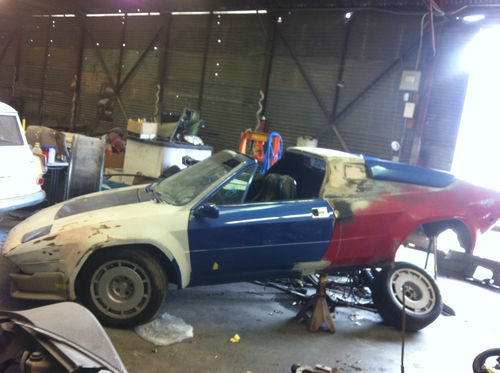 This Jalpa is more jalopy than proud fighting bull, and frankly it looks like it has been constructed from multiple Jalpas, a veritable Frankentoro.  The fact that its missing its engine and transmission adds to the state of disrepair, but shouldn’t dissuade any real hot-rod builder. 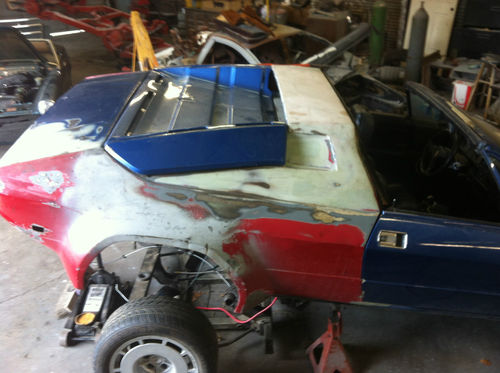 On a positive note the Jalpa was known as an easier to car to drive than the Countach, with better sight-lines and more tractable powerplant  – sort of a Boxster version of the 911 for Lambo.  When its not a total basket case the Jalpa actually looks nice and would probably be a sweet car to own if you could afford the repair bills.  The seller of this car recommends an engine transplant from a Toyota MR2 or Fiat X1/9…we think a Fiat X1/9 powered Lambo would be about the most awesome slow car ever. 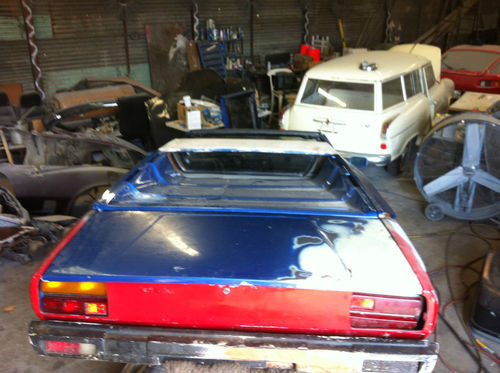 The Jalpa was designed by Bertone and does have some following, but don’t expect any missing parts to be even remotely obtainable.  This one really is a disaster…but we are offering bonus points to any reader who can identify the wagon sitting in front of the Jalpa.  Find a junkyard ready Fiat X1/9 for donor engine/trans on ebay here.  Or if you want boring – the seller of this Jalpa also has an OEM engine for sale at a starting bid of $5k on ebay here.