The e21 (correction, E23 – DT regrets the error) generation BMW 7-series sedan was the uber-sedan labeled as 7 and is still a stately and cool today as it was from 1977 to 1986.  The 735i model was powered by an inline 6 cylinder engine and boasted some serious gadgets and sophistication for the era, but was not available with manual transmission on this side of the Atlantic.  Thankfully, the 735i was available with 5spd manual in Europe and someone imported this 1982 BMW 735i and it is now for sale in San Diego, CA from dealer who specializes in Cereal, Marshmallows and one-owner original cars on ebay for $5,807 buy-it-now. 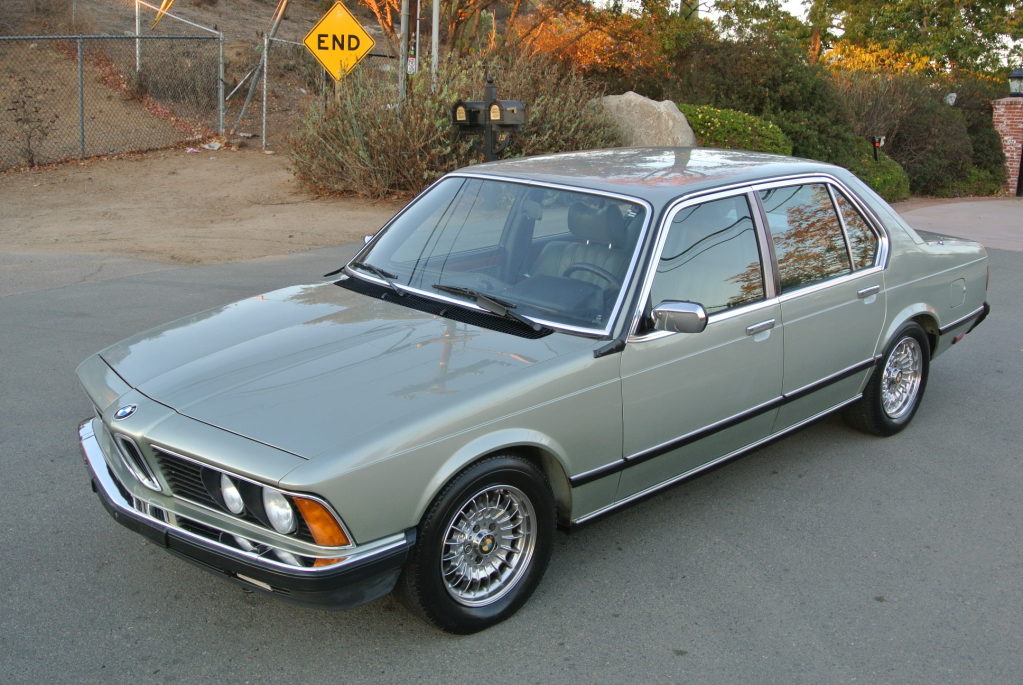 This 7 series looks great in Euro trash trim and its original (we hope!) opal green metallic (color code 171) paint.  On the outside it looks remarkably nice in the photos, fresh ArmorAll’d tires and a dealer who knows how to take photos can hide all but the worst issues, so this one would warrant an in-person inspection.  The seller also says its a one owner car…so we are to believe that this undocumented original owner imported it from Europe…possible but not likely. 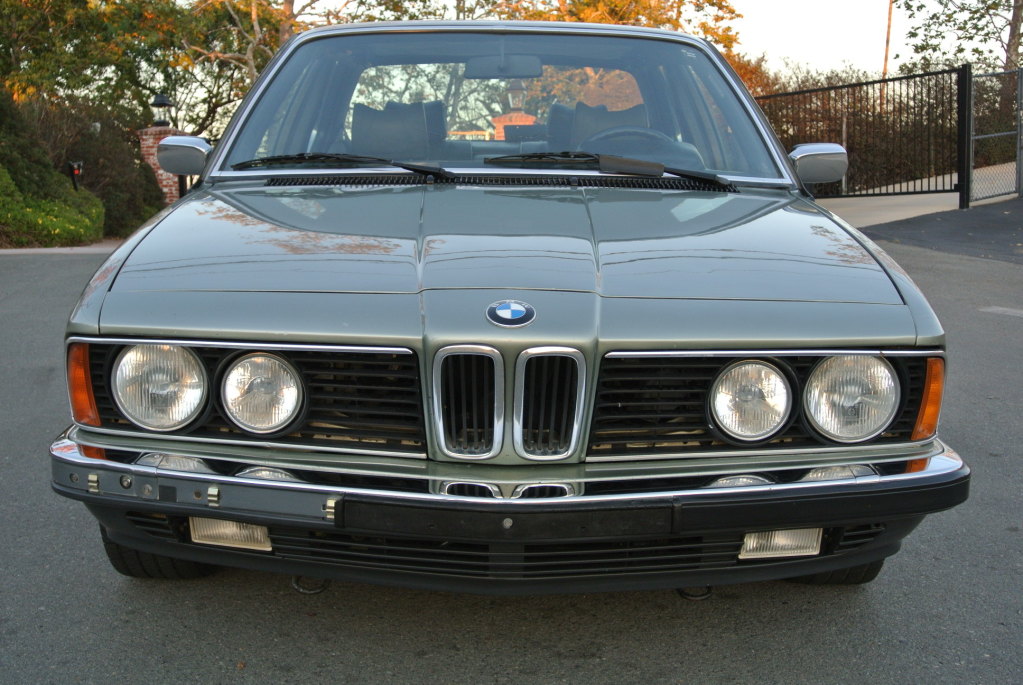 This European grey market car brings with it much more costmetically pleasing bumpers, potential issues with the customs bureau and some issues with spare/junkyard parts.  Surely this dealer would have replaced the passenger side bumper rubber before taking photos if it was a domestically available part.  The 735i is powered by the M30, in this case a 3.5 liter SOHC “big-six” version putting out 215 horsepower and 224 ft-lbs of torque (not at all the specs offered by the seller unless this is powered by something non-stock). 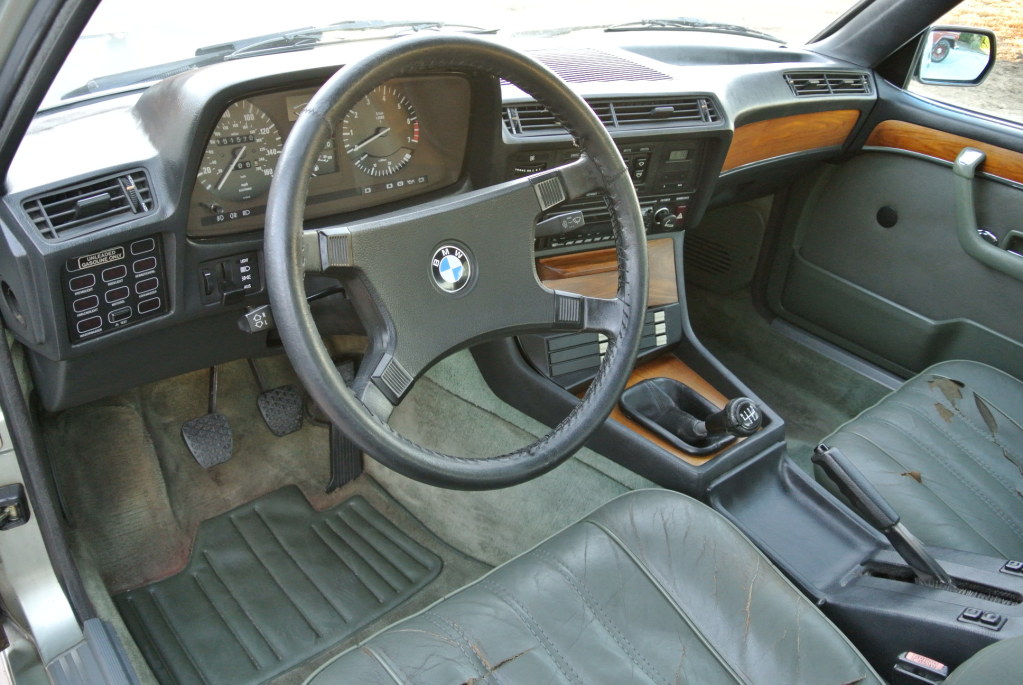 The interior of this car looks like it was owned by some studded leather pant wearing German because the switchgear looks mint condition, but the seats look like they’ve been to a few too many Scorpions concerts.  We expect that a domestic set of seats would bolt right in, but we aren’t sure how difficult it would be to find this color of Kermit green interior. 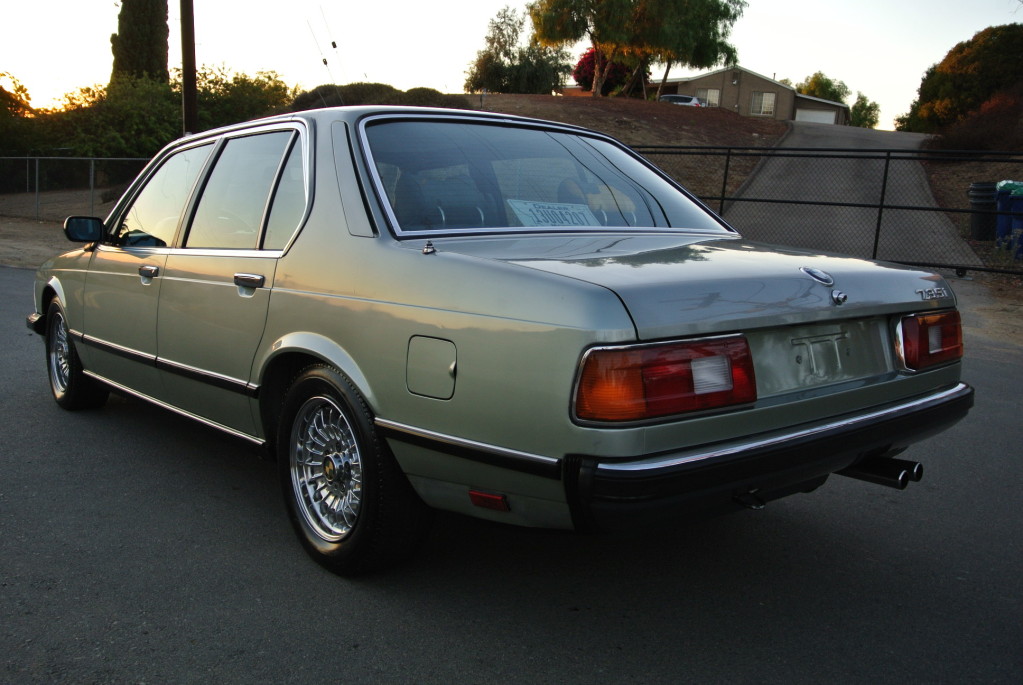 This car has been for sale on ebay for a while (looks like Nov 4th) and the price was recently dropped.  Bottom line: this looks like a decently rare, good condition, manual transmission classic BMW and the seller isn’t asking some pie-in-the-sky amount.  For someone who needs to haul around a few kids in the back of a medium sized classic luxury car they could do a lot worse.

See another BMW Eurotrash for cheap? email us here:  tips@dailyturismo.com