The Triumph TR7/8 was the last car from British Leyland to be exported to the United States with the proud Triumph badge…unfortunately it was slow, ugly and unreliable; and most examples have been scrapped or abandoned. Lucky (?) for us – this 1980 Triumph TR7 hasn’t rusted to oblivion or been turned into a 24 Hours of LeMons car, has had a heart transplant in the form of a 1980 Pontiac Firebird V6 and is now for sale in Orange County, CA for $3500 via Craigslist. 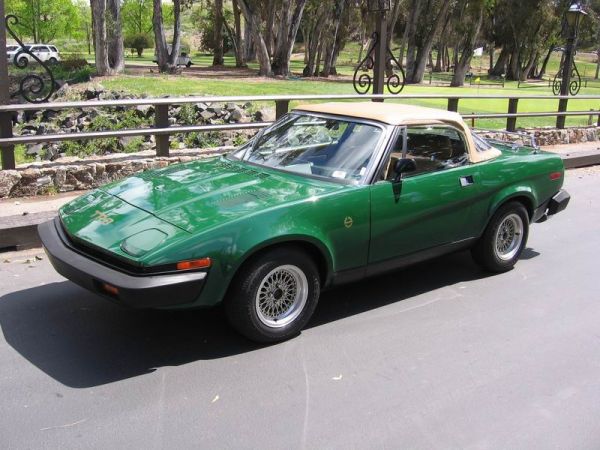 The TR7 (and its V8 cousin the TR8) introduced a new wedged shaped design to Triumph’s portfolio and was billed as “The Shape of Things to Come” – which was fortuitous as British Leyland’s, profits, sales and future followed a downward arc and ended a few years later, perhaps the arc should have curved downwards?  The TR7 would be a decent looking car if not for the hideous cow-catcher style bumper and actually looks nice in rally sport trim. 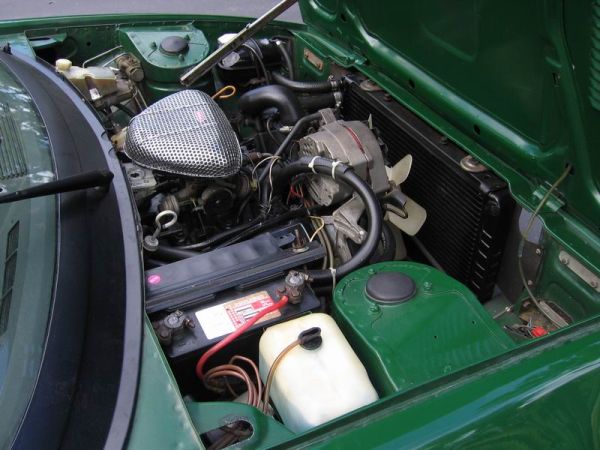 The stock anemic inline 4 has been replaced by an American V6 from a 1980 Pontiac Firebird – and you may be confused and think this is GMs iron horse 3.8 liter V6 – but it’s not – it is the Buick Fireball V6!  This V6 dates back from the early 60s when (according to Wikipedia) it was initially called the Fireballsdeep…which we would strongly recommend that you don’t google that name while at work…or even at home if you have kids…just don’t search it at all…anyway, for a while AMC owned the rights to the engine, but Buick bought it (and the associated tooling) back in the late ’70s and started shoving it into their rear-wheel-drive cars and eventually switching it transverse and putting it into front-wheel-drive cars.  Here is the kicker – in 3.8 liter spec only makes 110 horsepower..which is only 18 more horses than the stock 4-banger in the TR7…it does kick out almost twice the torque…but given its additional mass we can only assume this car would be slower than a stock TR7..especially since it’s mated to a slushbox auto.  It is however, both cooler (engine swaps are always cool – even downgrades) and ten thousand times more reliable, plus parts are cheap and plentiful at your local O’reillyzoneboys. 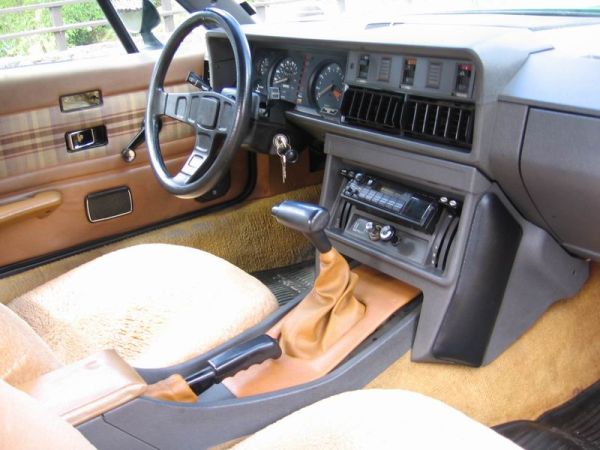 Inside this car looks in decent shape – and for some reason the owner has chosen to cover the seats with sheepskin seats at a claimed cost of $500…which begs the question…couldn’t that $500 have been spent at an upholstery shop repairing the seats so that it doesn’t smell like a dog in the car? 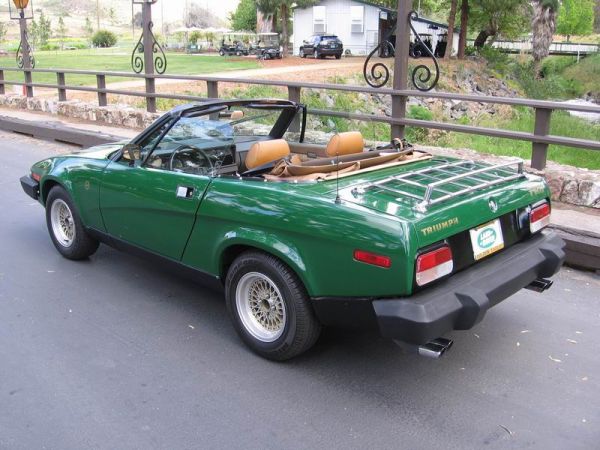 This is a car that continues to tear at our internal Dr. Jekyll and Mr. Hyde impulses – the kindly Doctor says “well the V6 is more reliable and the torque will allow tire roasting burnouts” and Mr. Hyde says “Look how much fun you will have at British car shows as all the curled mustachioed guys in the straw hats will gasp in terror at the site of a Buick engine….hey, let’s put a turbo in this thing!!).  For whatever reason, we like this thing.  Maybe its the price and since the tricky and time consuming BAR approval process has been done by the previous owner.