I bet you thought we’d forgotten about Thorsday… well, to tell you the truth, in all this excitement I kind of lost
track myself. But being as this is a 1979 Volvo Bertone V8 Swap, the most powerful Volvo in the world, and would blow your head clean off for $4700, you’ve got to
ask yourself one question: “Do I feel lucky?” Well, do ya, punk? 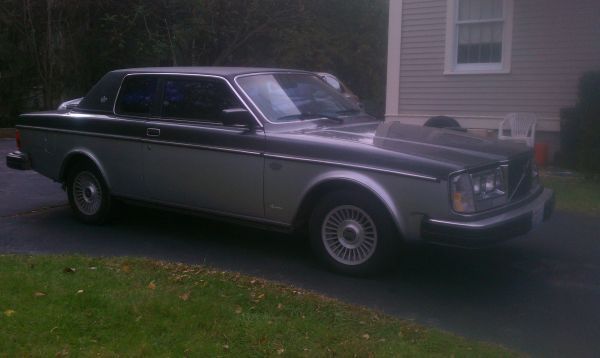 You don’t need to be as cool as Dirty Harry to love the chop-top look of the 262 Coupe and while Harry himself would probably drive the masochist’s pro-touring version featured last Thorsday, we think this low buck custom makes a bit more sense. Removing the boat anchor redblock Volvo inline 4 PRV V6 and replacing it with some ‘Merican Iron makes sense to us.  This particular example is powered by a 5.0 liter (302) Ford V8 mated to an undisclosed slushbox automatic.  Expect somewhere between 200-300 horsepower depending on the build specifications, but it does have one of the worlds smallest K&N round air filter housings on the carb – probably to fit with the Bertone flat hood.  It’s better than the solution from the numbskull who just chopped a hole is his hood, but we would have preferred to see a fuel injected 5.0 under the hood. 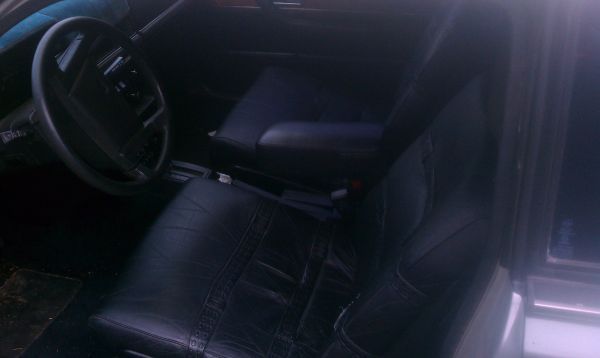 Ok – seriously this is the best photo of the interior you could find…who took this photo? Richard Kelly?  Seriously – if you are going to have an empty chair at least have the decency to have some lights on it and do a little ad-libbed  political speech about it… 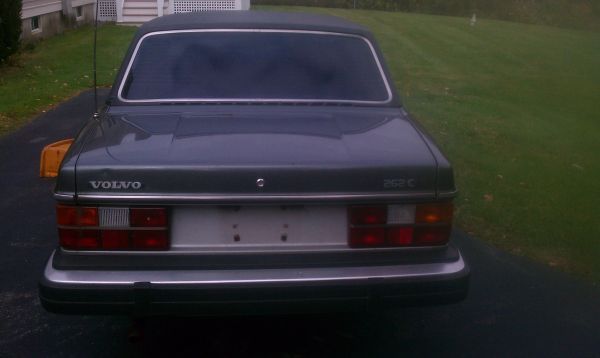 Was this photo taken at 6am on a fog covered morning with a Polaroid camera?  Why can’t we see the car?  Without proper documentation we have to assume that the car will have little paint issues – but the seller claims PROFESSIONALLY DONE, BODY IN EXCELLENT SHAPE, NO RUST(WEST COAST CAR)…WHY ARE WE SHOUTING MR. CAPSLOCK?  Put down the CAPSLOCK key, and step away from the Bertone. Someone needs to buy this car so that we can have some idea of what it looks like…any takers?