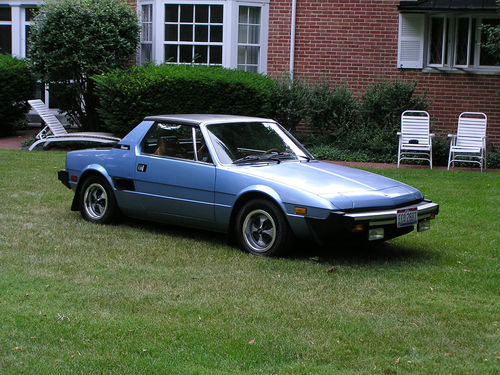 No one will ever accuse the X1/9 of being a fast car – the only thing fast about one is the rate at which tin worms devour the medium-rare Italian sheet metal.  But it does look the part of a 70s sporty two-seater,  even with the later big US spec shopping cart style bumpers.  The X1/9 name may sound like something flown by Chuck Yeager and developed by NACA (not NASA – but its low-drag duct designing predecessor the National Advisory Committee for Aeronautics), but it was a designation based on internal prototyping nomenclature from Fiat and the name stuck.  At least the X1/9 is a bit more sleek than Glamorous Glennis. 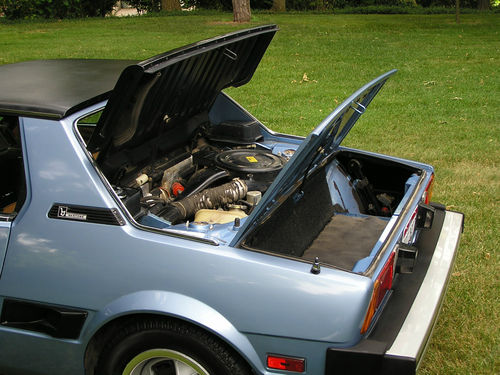 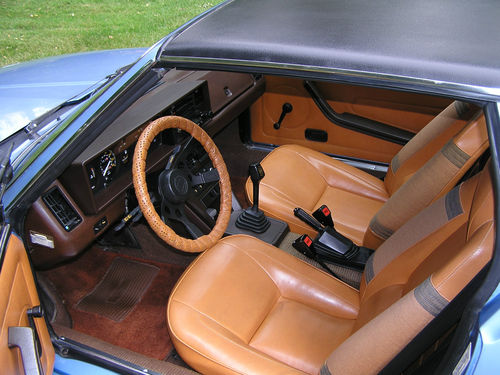 This Fiat has a fairly nice condition interior (gotta wonder what kind of the condition the steering wheel is under the classic 90s thick steering wheel wrap).  Of particular note is the manual trans shifter that looks more like a police station CB mike. 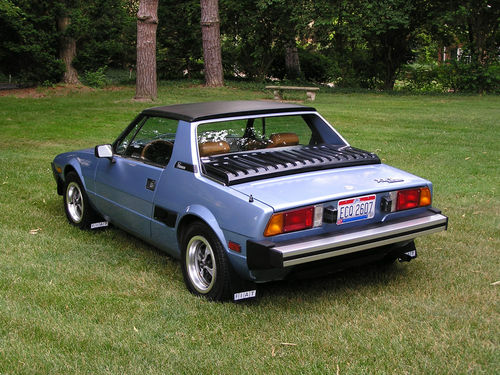 Although it looks good in the wide angle shots, this Fiat does have some rust and minor imperfections in various panels – especially concerning is the rust around the windshield – gotta wonder how deep that gold mine goes into the ground…