The boffins in the Daily Turismo Research Department tell us that today’s featured Thorsday “California Special” car was, in fact, somewhat special, and was indeed only available in California when sold new. Where else would buyers want an interior that looks like an acid trip woven from petrified orange dreamsicles made by a disgruntled Navajo defector craftsman in Sweden? That’s right, nowhere else. This rare variation on the ubiquitous 240 series doesn’t show itself often anymore, but when it does you can expect quite a display from its unique plumage. Check out this 1978 Volvo 242 DL California Special here on craigslist, listed for $4000 “or serious offers” in Bonney Lake, Washington. 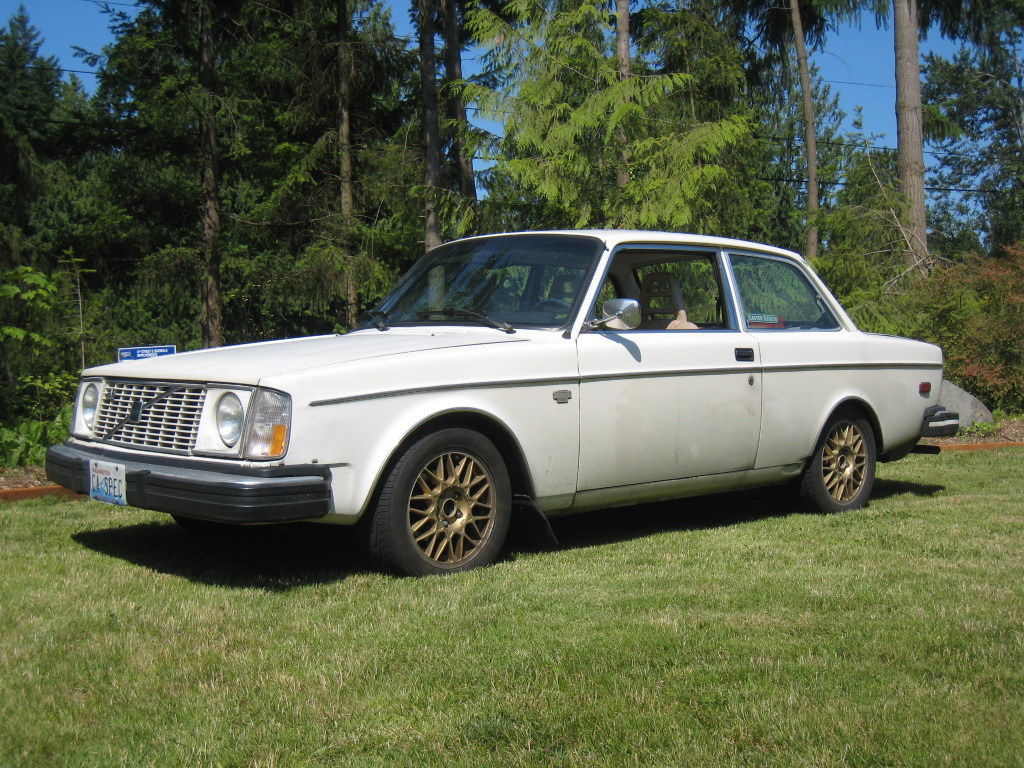 Come closer, quietly now…we don’t want to scare this little guy. These 242 CS beasties are quite elusive and easily spooked by loud noises, and by anyone who utters the phrase “you know, the scrap value of steel has gone up; I could get about $500 for that car from the crusher…” Such noises actually anger the 242 CS, which prefers to be left alone by humans so it can peacock itself in its futile search for potential mates. 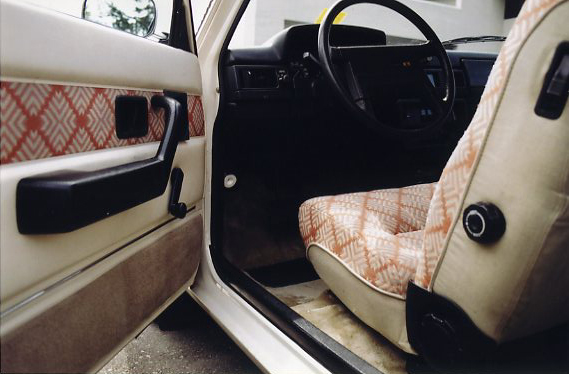 This special edition really is all about the interior, although there are a few other distinguishing features. But white vinyl, beigeish carpet, orange & white “patterns” with a black dash & black accents – now that’s a color scheme! It’s interesting to note (and caveat emptor here) the seller’s disclaimer that some of these interior pictures are “just for reference to show what the pattern looks like,” so we are not sure whether these depict the actual car being sold, or another nicer example. In the seller’s photobucket album, there are some shots with a ripped door card and a worn driver’s seat; perhaps the images shown here were taken before that damage occured? 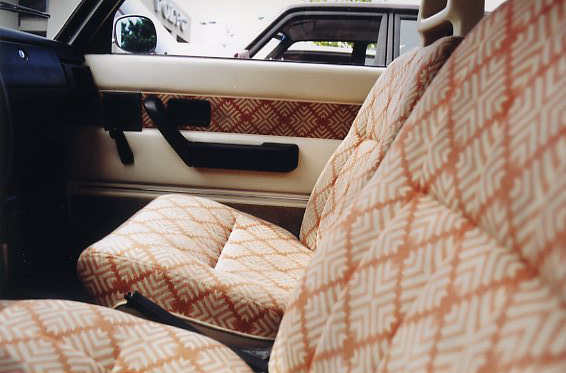 Regardless, we would feel like we’d need a mai-tai (or at least some rum) just to simply sit in this…environment…without feeling out of place. It would have worked equally as well if it were called the “Hawaiian Punch Special,” but we don’t think the natives of our 50th state would have bought it in numbers as great as those here in the 31st. The seller claims that approximately 1,000 of these were made, although our research boffins have been unable to confirm that assertion. Even if these pictures are of another car, at 91,000 miles this Volvo is still a spring chicken – or peacock – and should keep on transporting its occupants to “other worlds” for years to come as long as its wiring harnesses don’t deteriorate into dust. 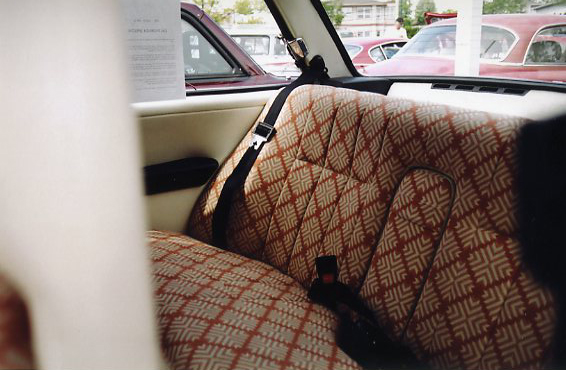 The back seats of these specials makes us feel like we are in a scene from Hunter S. Thompson’s Fear and Loathing in Las Vegas, and if we stare too long we start to see pulsations and strange movement in the patterns…and menacing faces…we can’t stop here, this is bat country! 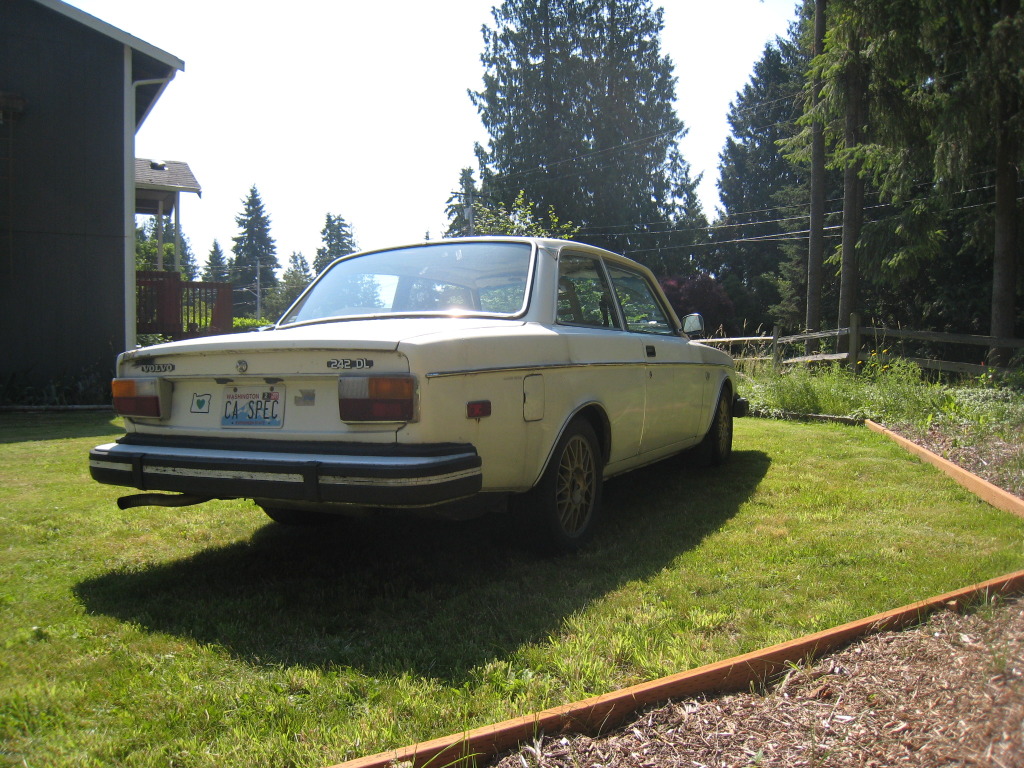 Even though $4k is a bit steep for a slightly tatty old 242 (despite the ‘low’ 91k miles), the California Special interior plus the claimed genuine BBS wheels, plus suspension and brake upgrades mean that it’s not a ridiculous asking price. The grille and headlight surrounds are also painted white from the factory – another CS exclusive feature to brag to your buddies about. Around back, the rear styling of this early 240 is a carryover design from the 140 series and was common across the line and the flat Kamm-back was replaced in ’79 by a more modern “rounded cinder block” shape. Still, the early cars are getting rarer and rarer so mark that truncated tail as a bonus as well.

We think with a bit of sorting, a good cleaning, buffing the paint and some so-called TLC that this would be a mighty fine ride for anyone who wishes they could relive 1978, again, or for the first time. What’s your take on this endangered species?

(If the craigslist ad disappears, the car is also listed here on the turbobricks forums – but you must be a member to view classifieds.)

Thorsday? You bet it is! Send us your killer bilen here: tips@dailyturismo.com