Toyota’s Hilux has been a stalwart in the automotive industry since its release in 1968 to replace the slightly larger “midsize” Stout in the US, and the Hino / Toyota Briska compact pickup in Japan and other markets. The first-generation Hilux was actually an evolution of that Hino truck, which itself was derived under license from the Renault 4CV! So apparently the ultimate symbol of automotive reliability can trace its roots back to…a terrible French economy car…who knew? By the mid 70’s however, the Hilux lacked any visible Gallic influences and had become a common sight on American roads. We’ve featured a yellow second-gen Hilux before, but this one featured today looks to be as good or better than that ’74. Check out this 1978 Hilux Longbed with a claimed 80,000 original miles for sale via craigslist in Orange County, CA for $4000 asking. 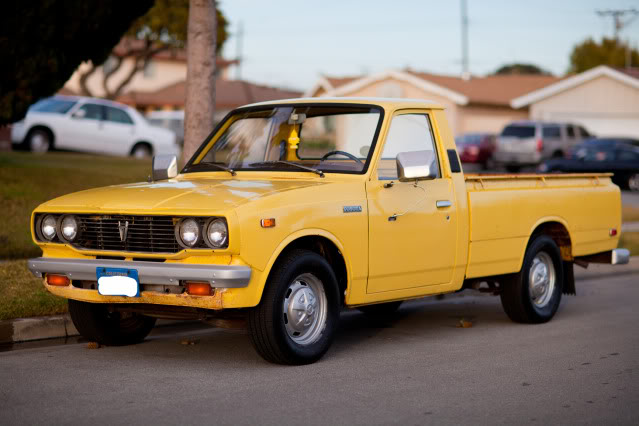 Most of our readers are in the USA, where Toyota stopped calling this truck the Hilux in 1973 and stopped selling its successor altogether in 1995, when it was replaced by the Tacoma. Nothing against the current midsize trucks, but what may come as a surprise to our North American readers is that the Hilux continues to soldier on as a compact pickup in Asia, Africa, Australia, Europe and the Middle East – separate from the Tacoma. Top Gear used modified modern Hiluxes (Hiluxxxii is our preferred plural form) as Arctic / Icelandic expedition vehicles, and while they do bear some resemblance to the current Tacoma, we think they are a more clear evolution of the original Toyota pickup bloodline that was going strong in the US in 1978 – as evidenced by today’s cherry mustard hauler. 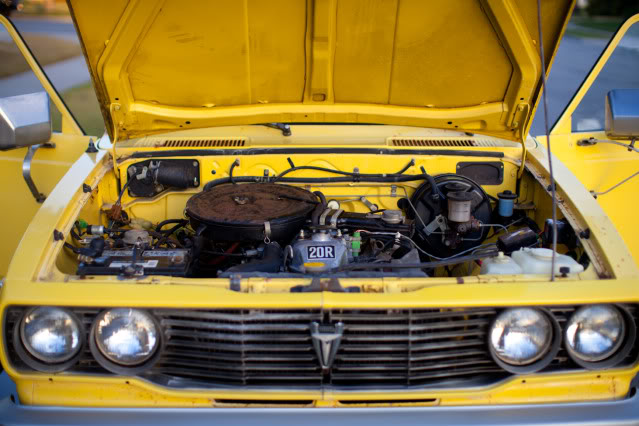 That might be a mouthful (cherry mustard – not a recommended flavor combination) but what we’re trying to say is that this little yellow pickup sure looks fine. Under the hood is the original 20R 2.2L inline four, which can trace its own roots back to the original Toyota R-series engines from the 1950s. By the 20th iteration, the sturdy old “R” had developed a cross-flow cylinder head and grown 200cc from the previous 2.0L 18R. The 20R caught on quick with the early “sport compact” scene (before that term even existed) as import tuners added larger free-flowing Weber carburetors and exhaust headers to this little 8-valve iron workhorse. Even in stock form this is a fine engine though, especially for a pickup since it’s a torque-friendly undersquare design meaning that the stroke is greater than the bore diameter. 95 hp may not seem like a lot, but 122 lb-ft and a precise shifting 4-speed manual trans will make daily driving enjoyable in a lightweight vehicle such as this. 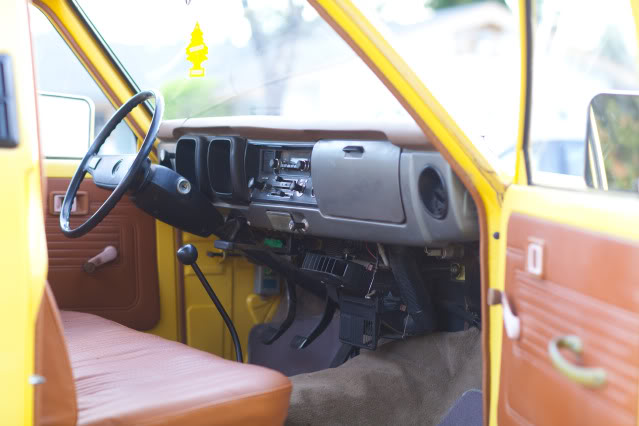 This seller looks to be a fan of tilt-shift photography, or at least has a photographer friend who is; either way, we like the images provided as they add a sense of whimsy to the little pickup, making it look even more like a scale model vehicle than it already does amidst today’s XXL-size BroDozer trucks. These things are small – like almost microscopic – compared to what we’ve grown accustomed to as normal. The brown vinyl bench seat might technically sit three across but those three people definitely need to be comfortable touching legs, and the middle passenger needs to straddle the shifter if they are larger than an average 6-year-old child, making for awkward reaching between the passenger’s legs necessary for the driver to complete a shift. Get over it – that’s how you roll in a Hilux – it will do in a pinch! Any additional stowaways will need to hide themselves in the bed, as three is most certainly a crowd in this Lilliputian cab. 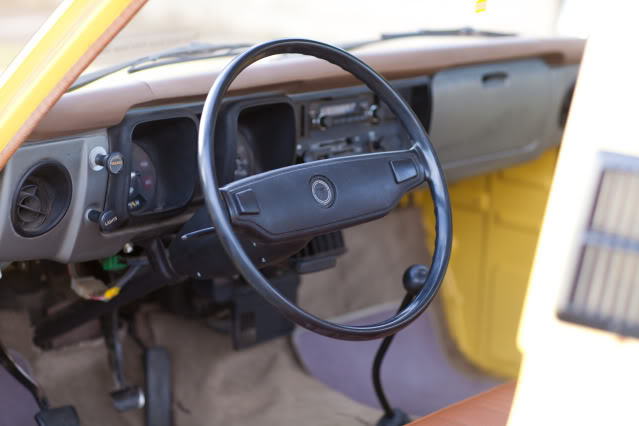 Nevertheless this particular truck is remarkably well preserved inside, with only a few dash cracks to show for its 34 years of use. The instrument panel and steering wheel design are simple but timeless, and are refreshing to look at compared to the Camry dashboards in newer Tacomas. These trucks are incredibly easy to drive and would be a great first vehicle for a teenage son or daughter, or a great occasional parts runner, or even a curiosity that would be welcome at many informal “cruise night” type car shows. Any way you look at it, this little pick-’em-up is a bargain at $4k and would be a fun daily driver to boot. 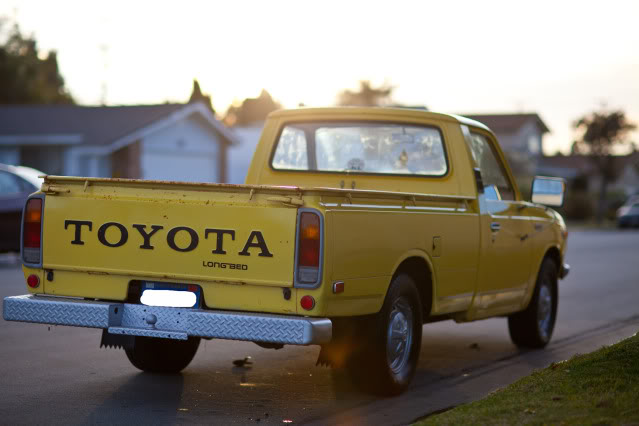 That bed would definitely still be useful for hauling duties – we know from experience – this editor grew up with an identical longbed Hilux (well, almost identical – it was an avocado green ’75 model) down to the diamond-plate rear bumper. It was our father’s trusty workhorse for many years, and with an aluminum camper shell it seemed like the perfect hideway for a budding auto enthusiast and big enough to carry anything our pre-teen minds could imagine. From the pictures provided, it looks like this ‘yota wears its original blue & yellow CA plates, meaning there’s a good chance that any rust to be found is only on the surface. The structure of the frame, cab, and bed should be solid if it has been in SoCal its whole life, and should be ready for many more miles. The best bet for a local buyer would be to leave it stock; being a ’78 this misses Commiefornia’s smog exempt cutoff by three model years and is subject to biennial emissions scrutiny.

Since we mentioned this truck’s grandfather the Hino/Toyota Briska earlier, and we’ve never seen one on the road, we leave you with these original brochure images from hinosamurai.org for your amusement.