Drooling over the Volvo1800ES “shooting brake” 2-door wagons we have been featuring lately but don’t have around $10k for a nice one? Well then, for about 15% of the price of a Swedish longroof coupe, consider this 1977 Toyota Corolla Liftback for sale on craigslist in Orange County, CA. It seems to be complete and running, and for the paltry sum of $1600 you too could roll hard in this unique whip. 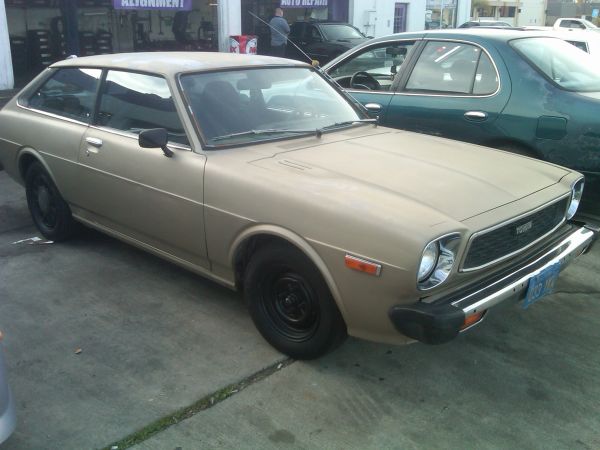 The seller does not provide a whole lot of information in the ad, but for $1600, can we complain much? No! We dig the funky styling on this little econobox – the round headlights with cowl-like bezels flow into the hood lines quite nicely. We believe this exact front end styling was unique to the Liftback – not appearing on any other Corolla of the same vintage.

Originating from deep in the Malaise era, one would think that the bumpers could double as bull bars, but surprisingly this Corolla’s chromies are slim and nonoffensive. The rear quarter windows mirror the shape of the door windows, and the stylized vents behind them are a nice touch. The roofline takes a sharp dive to a truncated “Kamm-back” rear end with well-proportioned rectangular taillights. The rear glass may not be as distinctive or memorable as an 1800ES hatch, but it should offer plenty of visibility and one-ups the Volvo with the inclusion of a rear wiper. 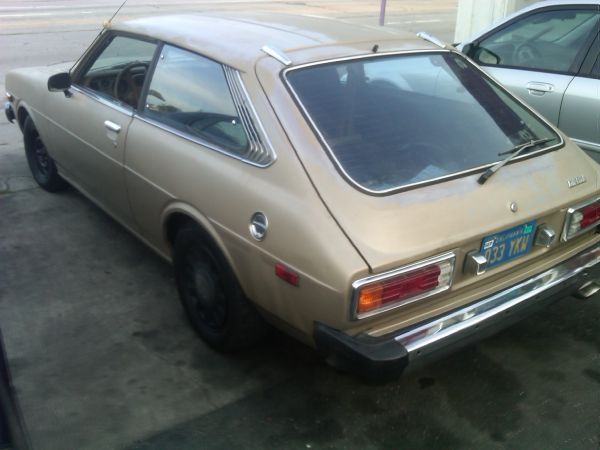 We can’t really tell what color the paint is (or was)…faded gold? Matte platinum? In either case it could use a thorough buffing at the least, but we would bet on it needing a re-spray to bring the color back to life. We don’t see any sign of rust in the two pictures provided, and it looks to be wearing it’s original CA blue/yellow plates. We kind of dig the black steel wheel look on older squarish cars, and think this one would look great slightly lowered with some subtle chrome trim rings or lug nuts. The rear suspension on this 3rd-generation TE51 Corolla is a leaf-sprung solid axle, so lowering should be an afternoon job!

The craigslist ad mentions a recently rebuilt 4-speed manual transmission and “new parts” on the front suspension – perhaps meaning a recent rebuild. As if the $1600 price tag was not low enough for this quirky ‘yota, the seller is “taking offers” as well…it really seems like a solid car that just needs a new home.

At best the stock engine made 75 hp brand new, so this will not be a screamer by any means if left stock. But consider the other stats… it’s already rear wheel drive with a manual, only weighs 2300 lbs, and was rated at 39 mpg hwy. Perhaps an engine swap should be on the next owner’s short list of improvements if more power is the goal. Bad news is that being a ’77 model year this car is unfortunately not smog exempt in California, however it would be perfect if you’re just visiting. Skip the rental car – buy this instead and drive it home to your less regulated state of residence!

Since we like the looks of this rare little fella, here’s a taste of some original Toyota brochures for the TE51 Liftback… 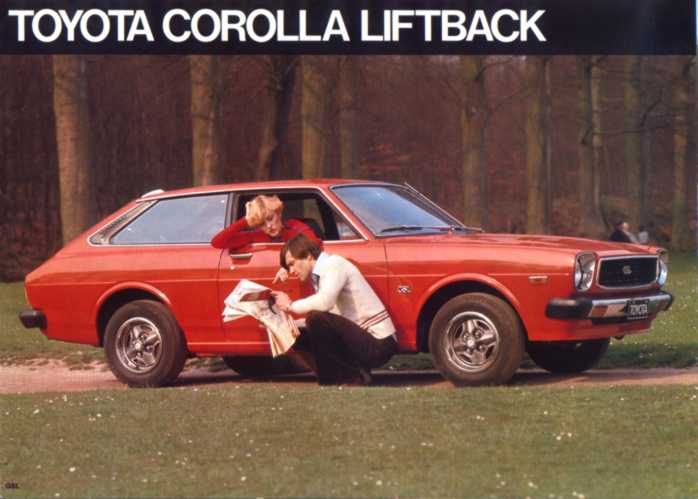 (We don’t think it’s good marketing strategy exactly to show a befuddled lost guy who can’t stand being in his Corolla any longer, and has get out of the car to consult his maps while his girlfriend “helps”…) 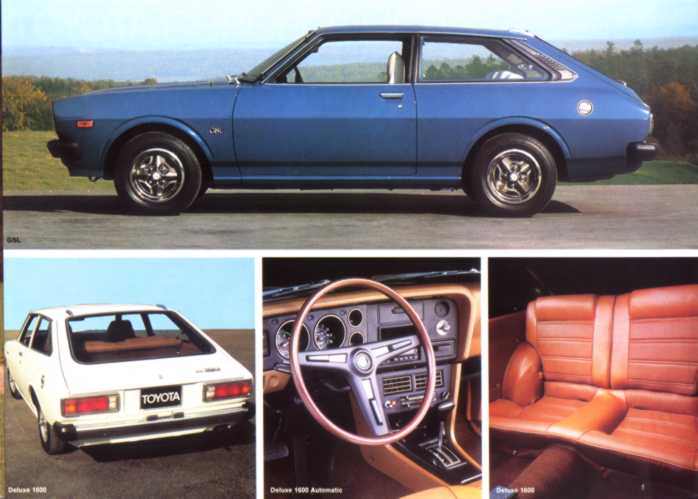 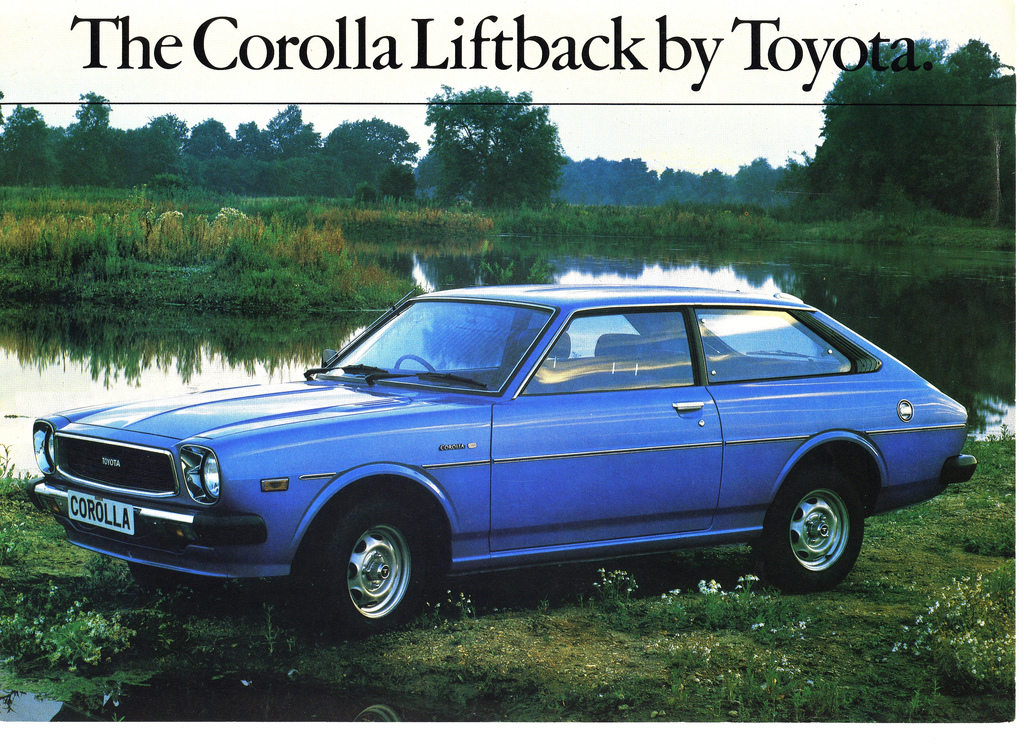 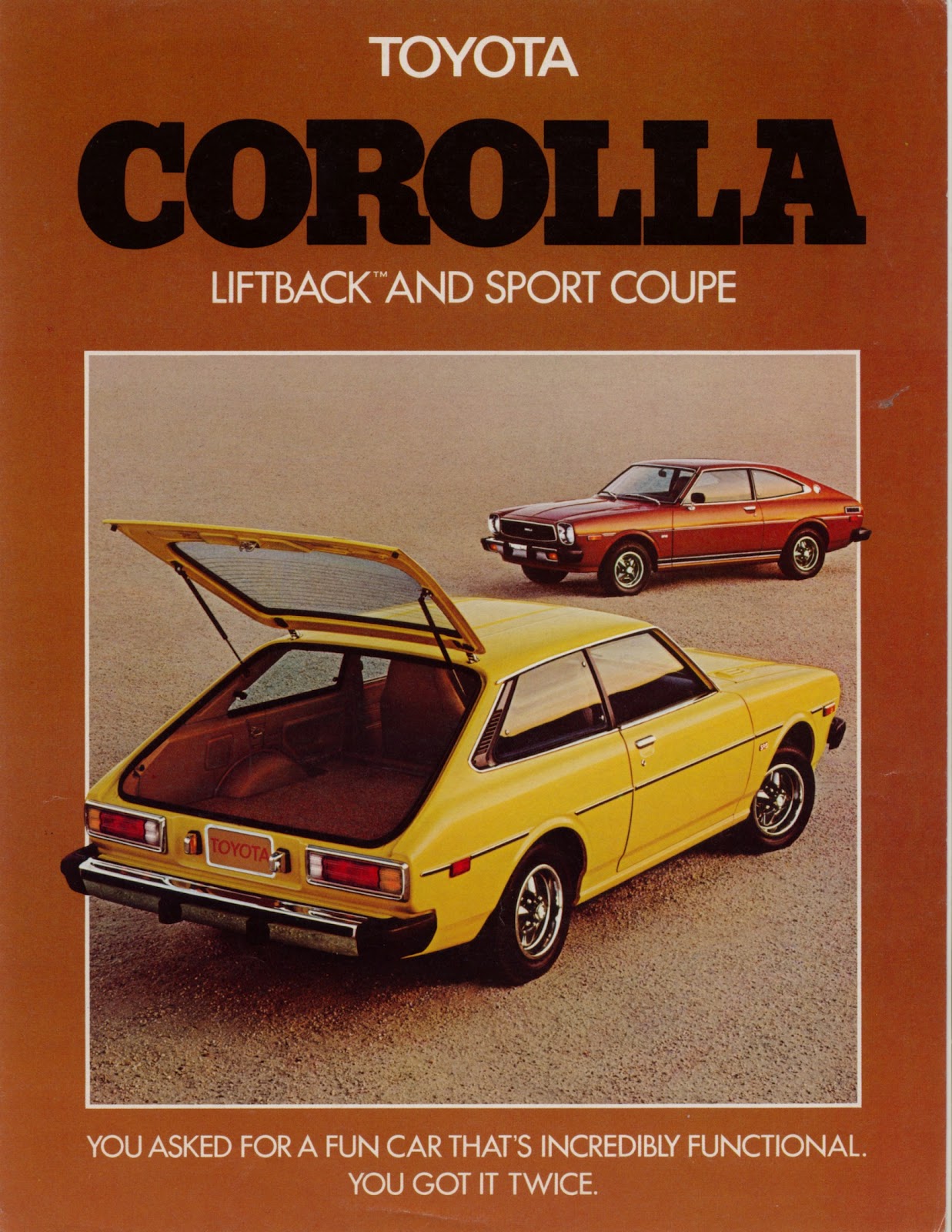 Find a cheaper shooting brake with more style, or one that’s even more HellaFunctional? Maybe you’re trying to unload one yourself? See our submissions page for details!