Chevrolet introduced the Vega in 1970 as a cheap coupe, hatchback, wagon and panel van.  Like a Quentin Tarantino film, the Vega started out with a happy face and to many accolades, but ended with broken dreams, bullet ridden corpses and general mayhem.   Ralph Nader once wrote that the Vega was “sloppily crafted, unreliable and unsafe automobile” – which makes us want one a little bit more.  This 1976 Chevy Vega GT Hatchback with 35k original miles is for sale in San Francisco, CA, on ebay bidding at $3050 reserve-not-met. 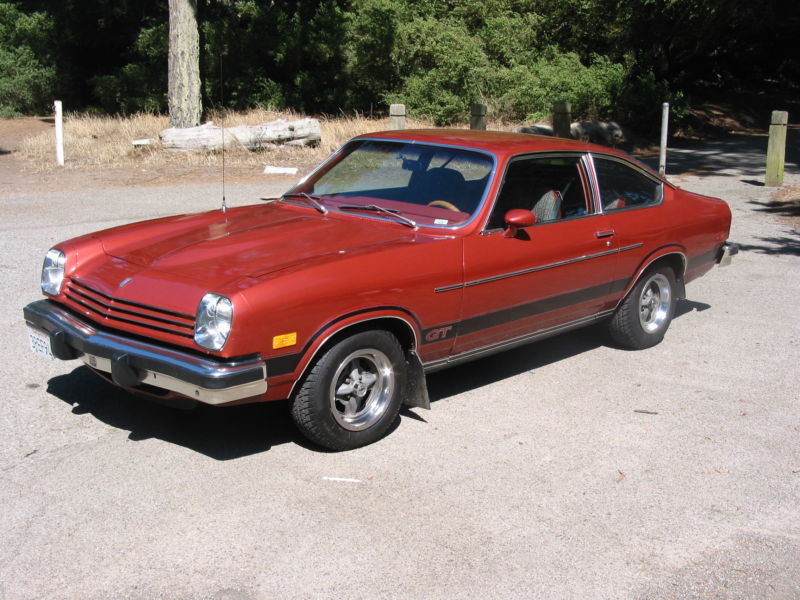 This Vega is an interesting color called “Firethorn Red” – and we think it would go really good with an olive green painted garage floor and an old Farrah Fawcett pin-up calendar.  This car is the sporty hatchback GT edition…which gave the Vega an upgraded L11 two-barrell engine, a handling package and unique tires/trim.  Honestly the Vega is a car that is not seen on the road often today and we’d probably take a second look at one this clean driving down the freeway. 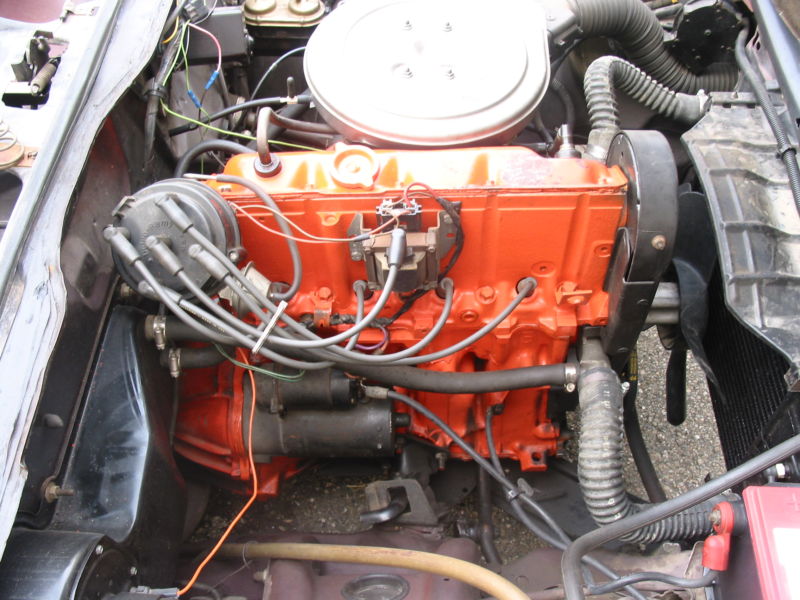 Chevrolet spent many years developing the engine under the Vega’s hood – and while you could easily mistake it for the Iron Duke – it is in fact an aluminum alloy engine – we’ll call it the Alloy Duke.  The 2.3 liter die-cast inline 4(in GT L11 trim) puts out 84 horsepower and 122 ft-lbs of torque.  Ouch.  Unfortunately the low power output isn’t the only reason that would make you wish it had an Iron Duke – the engines were also notoriously unreliable and constantly warped heads and blocks.  Its probably the reason this 35k mile example is on its second engine…but maybe you’ll be lucky enough to get 36 years and 35,000 miles out of this lump of mushy aluminum. 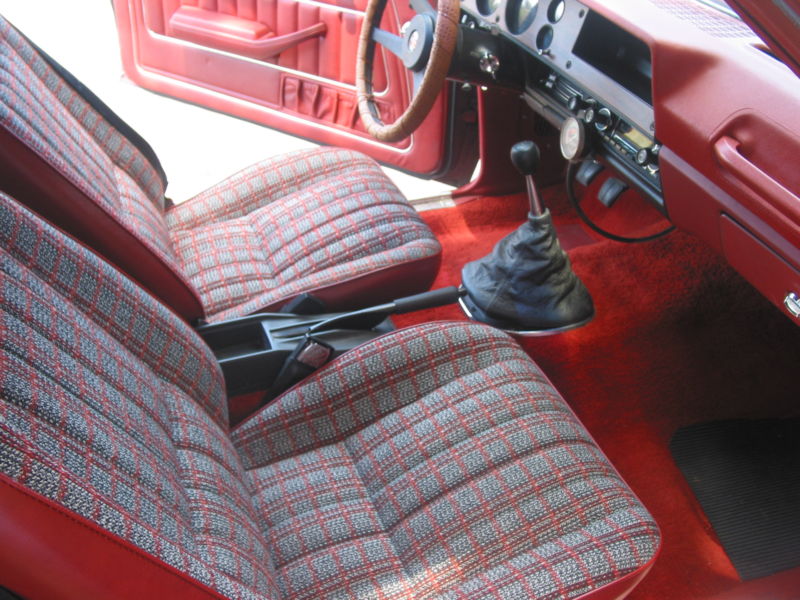 The interior is claimed all stock (with the exception of an aftermarket fuel economy gauge) and looks in great condition.  Its also a fantastic looking red with grey plaid seats and if you are going to own a low mile ‘show’ Vega (is there such a thing..?) – you’ll want it with the loudest stock interior you can find.  The Vega was named after the brightest star in the Lyra constellation – so its only fitting that its interior should also be bright! 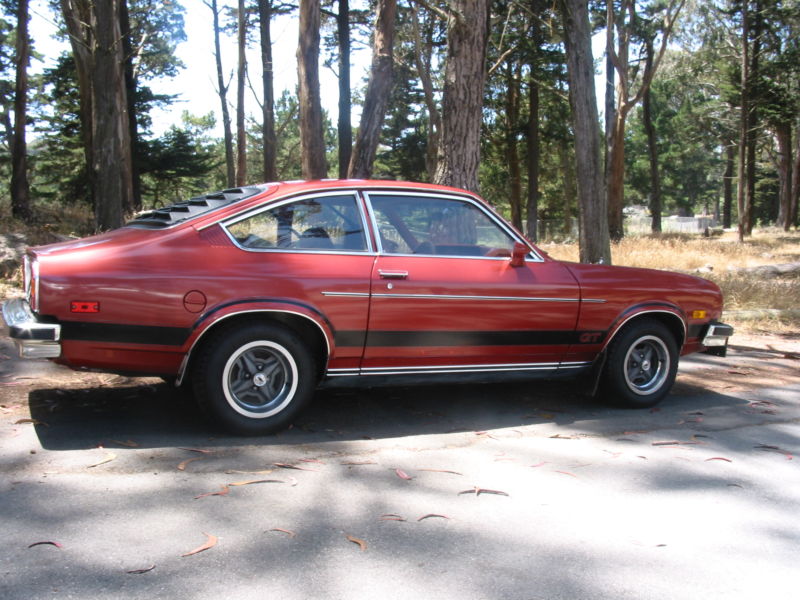 We like clean, original, low-mile cars…but would we be willing to scoop the bottom of Chevy’s barrel and see what comes up on our spoon…  The answer would be to test drive this car and see if it presses your buttons – it may be just as horrible as the numbers paint it – or it could be a cheap and depreciation free non-beige daily driver.  At first glance the seller appears to be a flipper – but he doesn’t have recent auto-sales in his ebay history, but it would be interesting to find out why he purchased the car and how long he has owned it.   Lets hope the reserve is low and someone picks this up to keep it on the road.

See another fading star for sale?  email us here: tips@dailyturismo.com