We’ve featured a non-stock BMW 2002 in the past – but that one was a hacked up El Camino look-a-like Baur Targa -this time we found one much more pleasing to the eye.  This 1976 BMW 2002 Restomod was originally a big bumpered 2002 – but has now been modified to resemble the Europe-only 2002 Turbo, for sale in Sherman Oaks, CA for $12500.  Thanks to tip from DT reader Oscar! 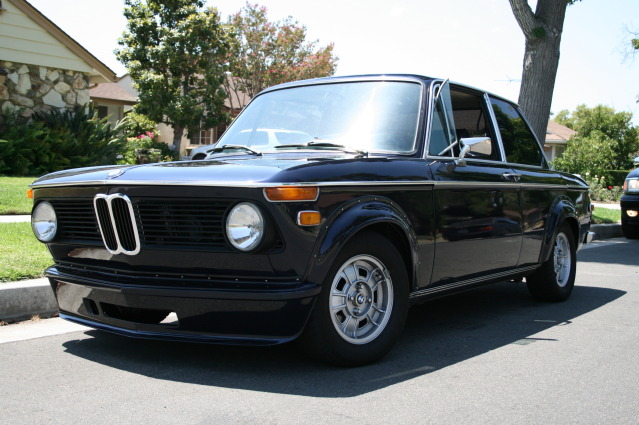 The BMW ‘Neue Klasse‘ was first produced in 1962 and ended production in 1976 when it was replaced with the e21 3-series.  The cars we named and badged with numbers indicating the engine displacement in cubic centimeters – such as the 1500, 1600, 1800 and 2000 – but the 2002 received a unique suffix identifier to show that it was a 2-door car.  This predated BMWs currently practice of whoring out its numerical naming system to the whims of a marketing department – such that in the past 10 years BMW has had 3.0 liter equipped vehicles with suffix -28, –30, –35 and –40. 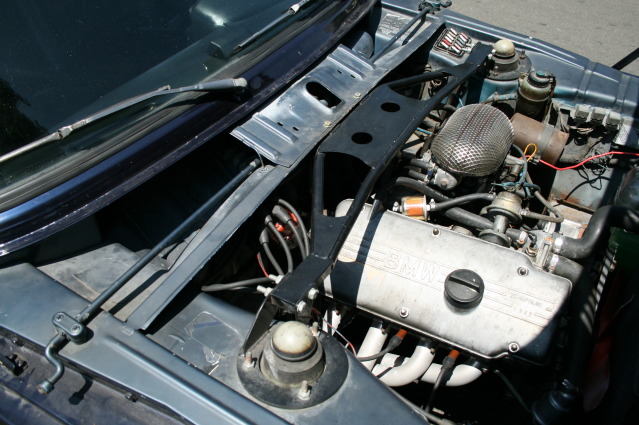 This 2002 is powered by its original 2.0 liter SOHC inline 4 M05 engine that puts out 108 horsepower.  The power is mated to a 5 speed manual transmission and limited slip differential in the back- and should be enough to have fun in the 2000 lb coupe.  This car also has headers and a single weber carb – so it should be good for a few more ponies. 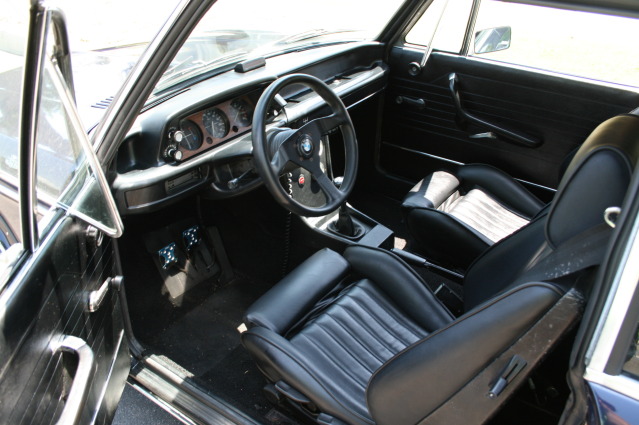 Inside this 2002 has received stock Recaro seats from a e21 320i coupe, an aftermarket Momo steering wheel and shifter knob.  It also has a few aftermarket gauges mounted in the center console, the carpets are new and the door cars look to be in good shape. 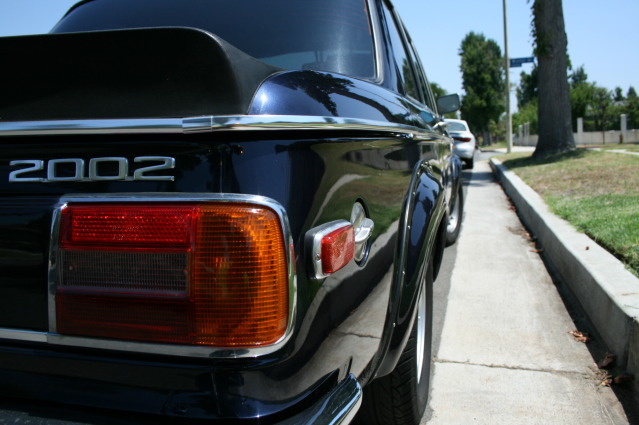 Outside this 2002 has received a full turbo look transformation – complete with turbo wheels, fender flares, rear bumper lip wing and front bumper/air dam.  It looks the part of the turbo even though they were only sold in white or silver from BMW.  Personally we’d remove the ///M badge, but not replace it with a turbo badge – unless we turbocharged the car…which would be easier in California if this car was pre -1975 and smog test exempt.  As is – it probably needs to stay stock to keep it easy to smog, unless the new owner lives in a state with smog laws based on logic and reason. 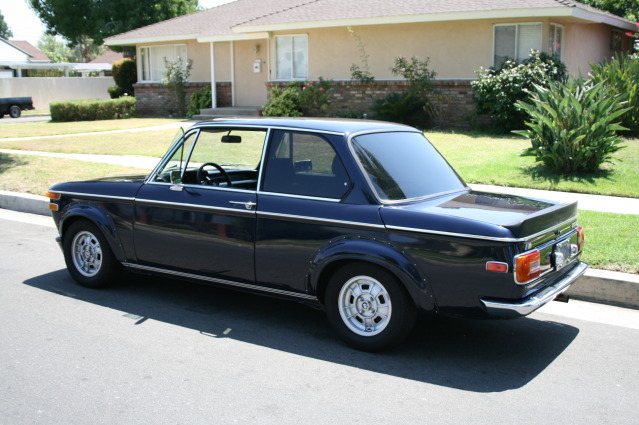 We refer to this car as a restomod  – a combination of restored and modified , because this car has a bit of both.  BMW 2002s are still relatively cheap to obtain and maintain – but don’t count on them being cheap runners for long, snap one up before they start getting sold at Barrett-Hackson auctions.

See another restomod for sale?  send us a tip here:  tips@dailyturismo.com