After Monday’s Celica, we thought it would be just swell to feature another minty ’74 Toyota – again it’s light, nimble, rear wheel drive and powered by an 18R-C engine – but that is where the similarities end. We’re talking about a classic, basic Hilux pickup here, the precursor to the beloved mini “Truck” and today’s Tacoma. For a cheap reliable way to get your shifter kart to the track, or drag home your latest cafe racer project, a clean old Toyota pickup is just the ticket. This 1974 Hilux is ready to truck in Louisville, Kentucky with a $5995 Buy it Now price, and bidding currently near $3k on ebay. 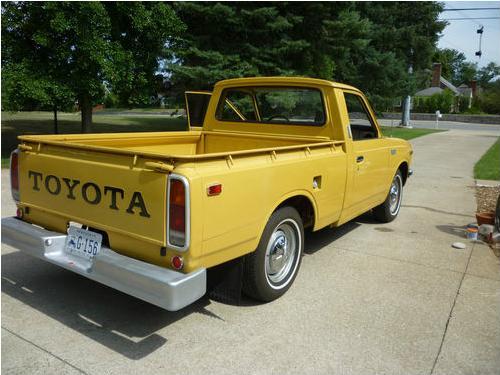 These early Hiluxes (Hiluxi? Hiluxxx?) are not, as the name would imply, the height of luxury. On the contrary they are quite spartan. But that’s why we love them! These were designed to be basic work vehicles, not mall crawlers, dominance demonstrators, or bro-dozers for douchebags. You have to be secure with your sexuality to drive a little bright yellow pickup like this; contrary to 909’er belief, the lift on your truck is inversely proportional to the size of your member. 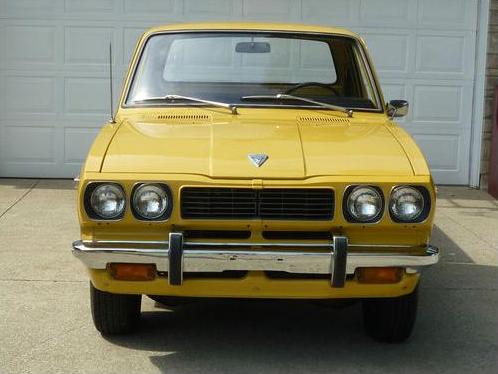 This 2nd-generation RN20 Hilux is even a bit homely, what with its four bug eyes and perfectly rectangular grille opening. The tires are probably 165s or narrower, and show no pretense for being off-road ready with their thin whitewall stripes. But they are perfectly adequate considering that it is a short bed model and likely weighs around 2000 lbs empty. We know from experience that short-wheelbase Toyota pickups on street tires will oversteer on the street without much driver effort. Yeehaw! 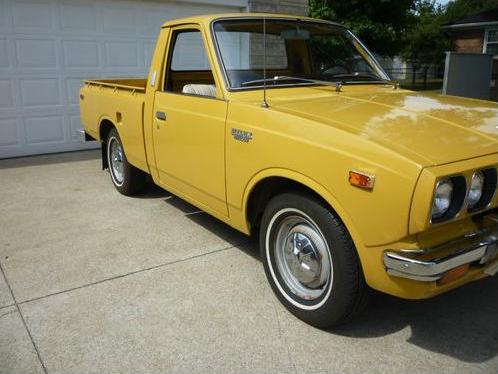 The seller of this little shiny workhorse claims that some bodywork and paint has been done over the years, but that the majority remains as original – “Suntan Yellow #518” – a perfect ’70s color to fit the vintage of the machine. It supposedly was sold new in Arizona and lived there for most of its life in a garage, explaining the un-rusty yet un-baked condition of the paint, plastics, and rubber. 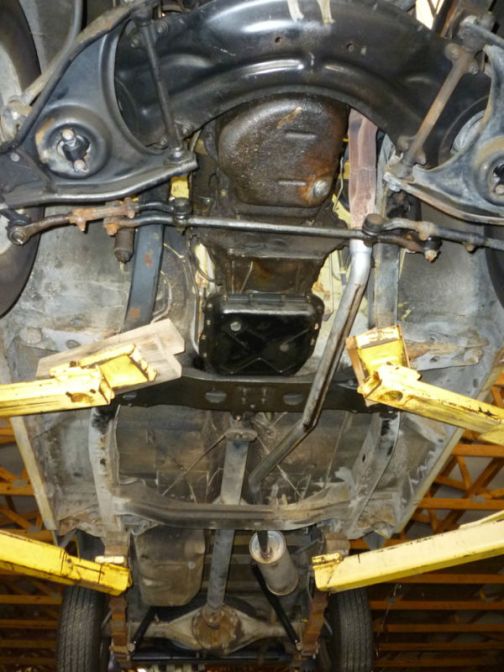 Speaking of which, we love the fact that the seller included underbody shots taken with the truck on a lift. We can plainly see that the body, frame and suspension are in great original condition with only some light surface rust showing. These things arrived on US shores pre-rusted from the long boat ride from Japan, so it’s no small miracle to find a Hilux without any rot. 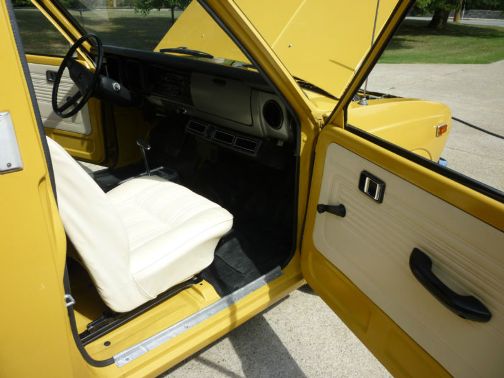 The interior looks well-kept and sharp in its original black, white and yellow sheetmetal color scheme. There is probably a grand total of about 10 pounds worth of parts in this interior and they could be stripped out of the cab in a matter of minutes. Simplicity! Spill your coffee on the vinyl floor in pre-caffeinated haze during your morning commute? No worries – just hose it out! 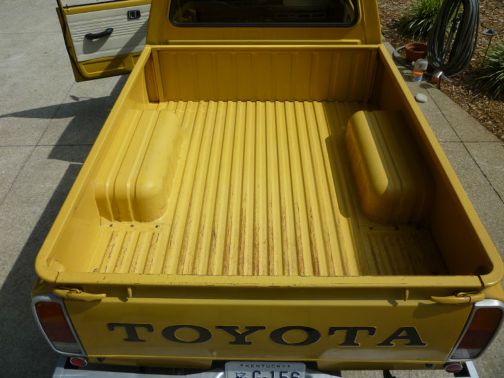 That bed is small at 6 feet, but should be perfect for the weekend warrior (or Klingon warrior) who wants to haul a go-kart, dirt bike, or miniature racing donkey to the track. Just do us a favor and put down a piece of carpet first. Look how clean that bed paint is…keep it that way! Don’t let any sharp clawed creatures ride back there either. mo’Dajvo’ pa’wIjDaq je narghpu’ He’So’bogh SajlIj!

In other words, your stinking pet has escaped from its cage and appeared in my quarters. 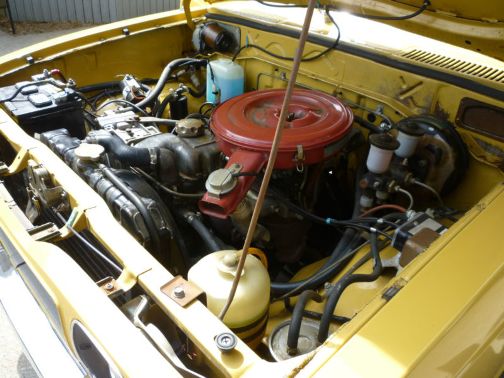 The Hilux’s 18R-C carbureted four cylinder engine is basically identical to Monday’s Celica powerplant, although here it is paired with a 3-speed automatic transmission. Auto Hiluxxx were rare back in the day, so although we prefer manuals here at DT, we might just leave this one stock and reserve our left foot to kick errant tribbles back under the dash where they belong. bortaS blr jablu’Dl’reH QaQqu’ nay’ (you’re on your own for that translation).

Are you as stoked about clean old Toyotas as we are? Have one for sale…or just want to kick back with a Romulan ale? email us here: tips@dailyturismo.com