The Toyota Celica is one of those great long-lived names in the automotive world that was unceremoniously dropped by its parent company and is now an orphan. We think that’s a shame, not because we are big fans of the later FWD hairdressers’ Celicas, but because we are old enough to remember when they were rear wheel drive, durable, and quirky. Amazingly there are still pristine early Celicas for sale today – we wouldn’t believe it either – but we just found this 108k-mile, one-owner 1974 Toyota Celica GT 5-speed in Berthoud, CO and it is about as clean as they get! It is offered on ebay with bidding currently in the mid-$3k range and 5 days left on the clock. 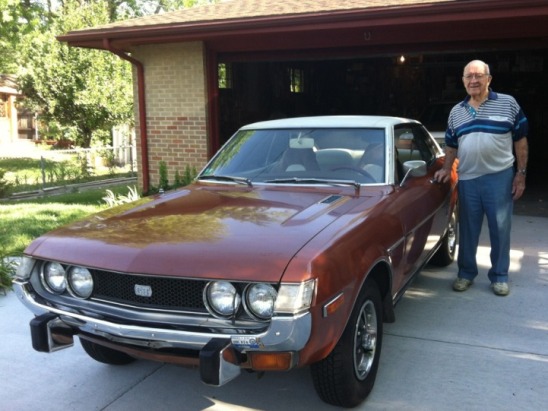 This ad looks like it is not the work of a flipper; the ebay seller claims to be administering the auction for the seller, who is the 95-year-old original owner shown standing next to his pride & joy above. This seller seems like the kind of guy our grandfathers would have been friends with; he has taken meticulous service notes on the cover of the owners manual, showing the date and mileage of every job performed. He ran out of room in 1993, but wrote “see blue manual” – hopefully the continuation is included! His notes show he has changed the oil regularly, replaced the battery and tires as needed, and paid particular attention to the wheel bearings. He even recorded actual measurements like brake pad thicknesses and spark plug gaps. We wish this type of thoroughness was more common; sadly most new car buyers today have no clue how to keep their machines maintained, and probably couldn’t even find their spark plugs let alone gap them. 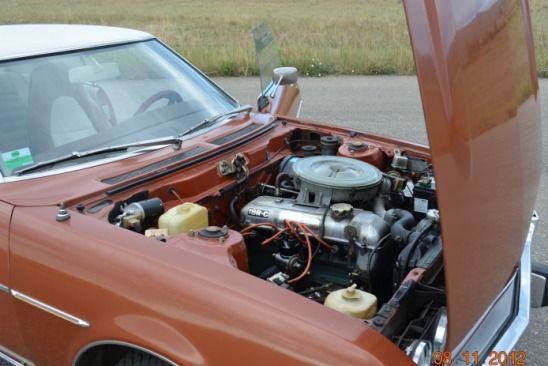 Being a 1974 model year, this Celica GT is a first generation car. The Toyota model code is RA21; R signifies the R-series engine, an 18R-C in this case. A is the chassis code for the Celica, and 21 is the model/generation number. That 18R-C powerplant was built to comply with CA emissions regulations, and was based on the carbureted 18R 2.0L four. No apologies here – this IS basically a truck engine, but it happens to be slightly oversquare and suited well to the needs of a small lightweight coupe. 97 hp and 107 lb-ft of torque was actually quite a bit of power by 1974 import car standards which sounds ludicrous today. The architecture of this engine evolved into the mighty 22R, which has an unmatched reputation as a warlord-grade machine that is trusted by the likes of Taliban, gardeners, and rock crawlers to this day. 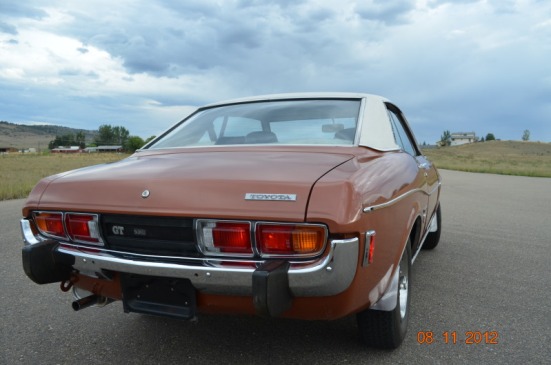 We have always loved the styling of first generation Celicas, and this one doesn’t disappoint. The proportions are very similar to contemporary American muscle car designs, albeit scaled down to Japanese compactness. The U-shaped front and rear bumpers had sprouted rubber baby buggy bumpers by ’74 but they still retain most of their design purity and we love the way they flow into the body lines. 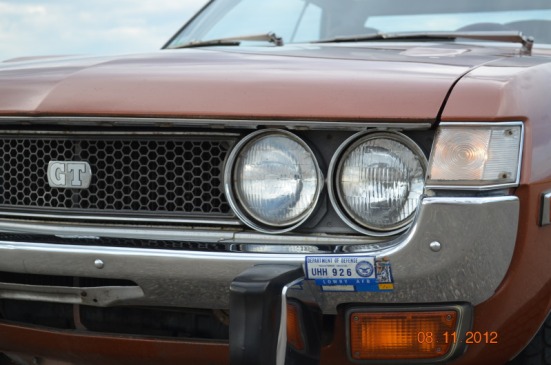 With the gentle curves punctuated by sharp edges and creases, there is no mistaking an RA20 Celica for anything but an Asian car. The root beer brown paint and white vinyl top of this example gives it a decidedly Broughamic aesthetic and is not quite as clean as a solid primary color, but the style reflects the original owner’s tastes and is definitely a product of its times. We would not change a thing on this car. It would be most valuable (and most enjoyable) if left as a well-maintaned but  regularly driven survivor. Remember, it’s only original once, and personalizing a car like this is a slippery slope to tragedy unless the modifications are totally reversible and all original parts are kept with the car. This thing survived Nixon, Disco, the fall of Communism, Al Gore inventing the internet, and W’s War on “Terra” – so do it a favor and leave it stock! 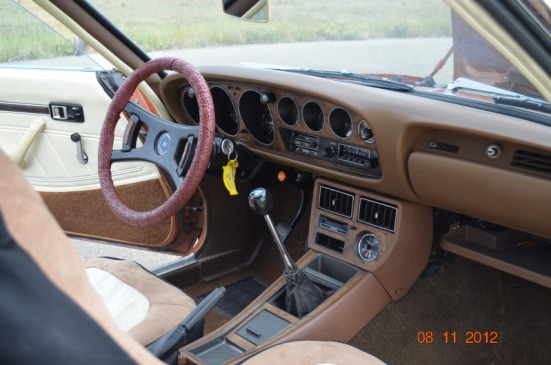 Inside we can see the original long throw shifter, plastic fake-burl wood grain dash, and period correct lace-on perforated vinyl steering wheel cover. We would grow out our mustaches and don pairs of Aviators while cruising back in time in this baby. The original brown hard plastic dash appears to be un-cracked which is a small miracle, and the seller’s agent claims that the seats are in great condition under those aftermarket protective covers. There isn’t much space inside one of these Celicas – a 1970’s Toyota feels laughably compact by today’s standards – but with that compactness comes light weight and fuel efficiency. 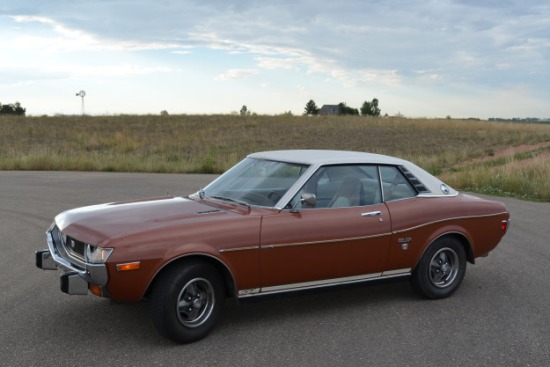 All in all, we feel that this white on brown Malaise-era charmer would be a perfect Daily Turismo as long as the price does not skyrocket into oblivion in a bidding frenzy. The GT package is a big plus, giving the buyer a real 5-speed with overdrive, unique steel wheels, flashy GT badging and some interior upgrades. We hope it keeps its new owner as happy as the original owner appears to be!

Find a more cherry Chelica (with or without vinyl top)? email us here: tips@dailyturismo.com