The Ford Maverick was first built in 1970 as a successor to the soon to be extinct Falcon and a cheaper option to the now heavy and bloated Mustang.  It sold extremely well in its first few years of production (619,000 Mavericks were built in 1970 alone) and lasted until Ford’s “Fox” platform was ready for the big time.  This 1974 Maverick is for sale in Lakeland, FL for $3000 no reserve on ebay with less than 12 hours to go. 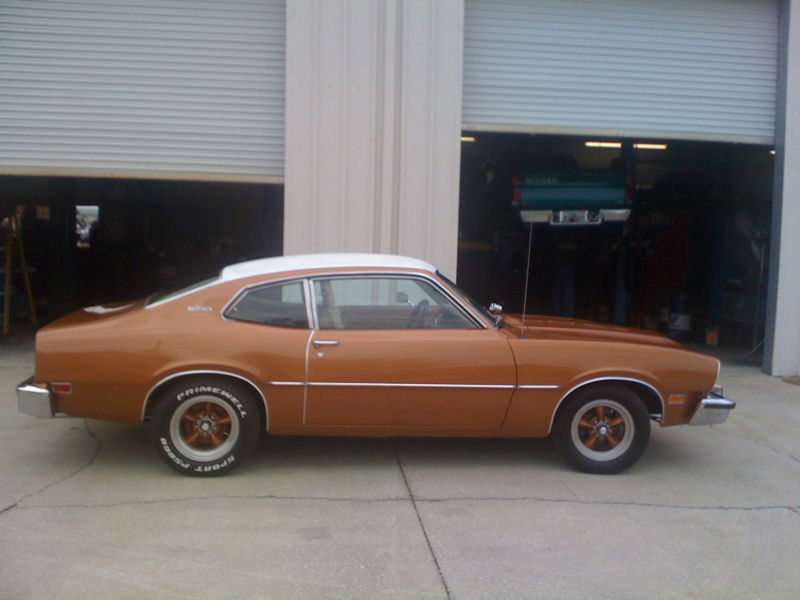 When the Maverick showed up in the Ford dealers it was an underdog for sure – it honestly only got a chance at the game because the Cougar ‘turned in its wings’.  The Maverick is short, stocky and doesn’t have the chiseled jaw of the Iceman Mustang and it certainly doesn’t have the guts to challenge a “Viper” in head-to-head combat – but this one is a perky little vinyl topped tiger and we are gonna root for it! 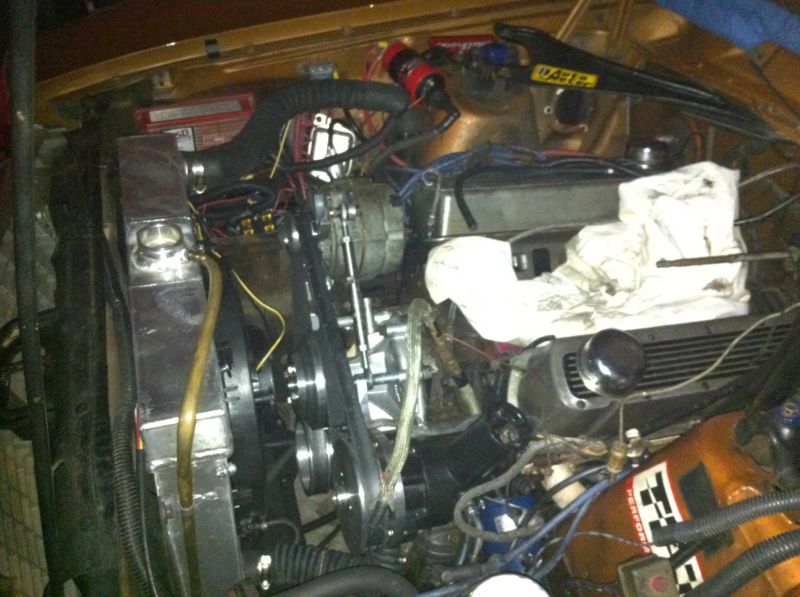 Powering this Maverick is a 5.0 liter (302 cubic inch) V8 with some massaged/aftermarket parts – headers, intake, 351heads and its probably good for 300-350 horsepower and is attached to a C4 automatic – but all the parts for a manual trans swap come with the car because it is “in the middle a fuel injection and t-5 swap” – hence the “some assembly required’ badge.  The engine compartment is in a bit of state of disarray – wires/tubes/belts/hoses run amok like Kelly McGillis’ teeth. 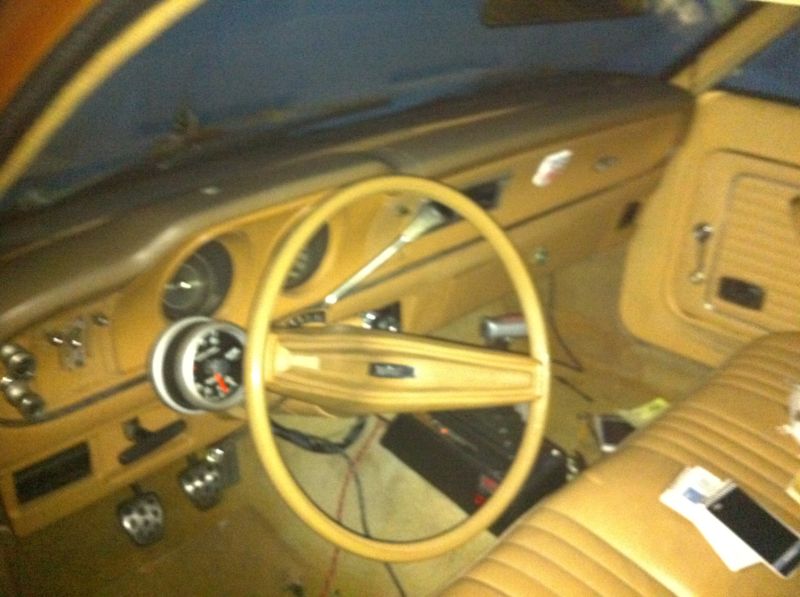 Inside isn’t much better – but it is hard to tell with a camera phone picture taken of a faded Polaroid on tilt-a-whirl by an epileptic.  The ad does mention that the interior is all original and it still has its original AM radio – so you can listen to your Righteous Brothers albums via AM modulator. 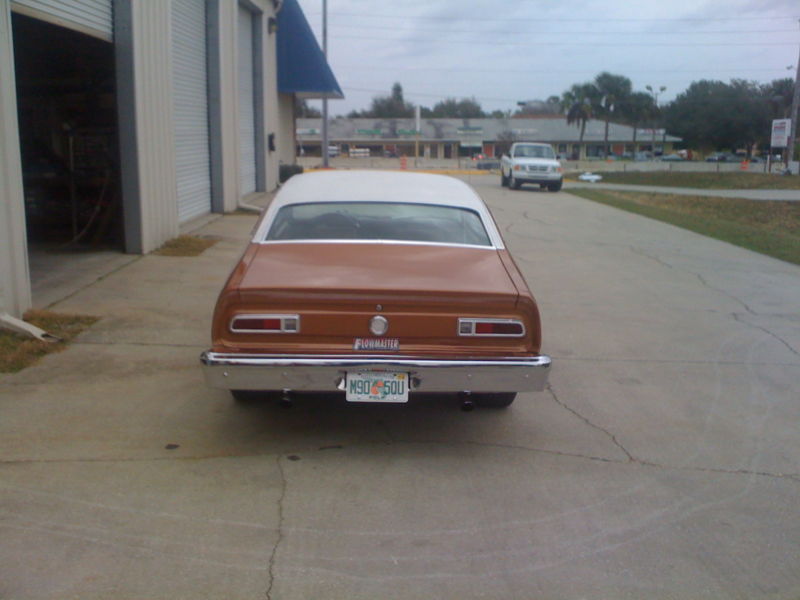 This car is going to require more than one weekend of skipped Volleyball in your blue-jeans to become a true daily turismo – and we hope that you won’t get your Goose cooked flying through a Mustang’s jetwash!  See another Tomcat for sale?  email us here:  tips@dailyturismo.com

On a more somber note:  We here at the daily turismo are saddened to hear that noted film
director Tony Scott apparently took his own life earlier this week by
jumping off the very same bridge that Nick Cage made a huge CG-enhanced
jump in “Eleanor” to get away from the cops.  Tony Scott was the director of the movie that made all of us want to be fighter pilots & put our home town (San Diego) on the map.  He will always be a Top Gun in our book and our thoughts and prayers are with his family.

We leave you with this vintage Saab commercial directed by Mr Scott.  “Nothing on earth even comes close”.