Thorsday without a cheeky old Volvo wagon would be like getting the meat with no potatoes…and everyone knows, potatoes are good. Especially with butter. We wouldn’t recommend buttering up this 1973 Volvo 145 though; unless you want to turn the long, long roof into some sort of dairy-based slip n’ slide. It might make for good entertainment but consider the consequences – a hard crash to the unforgiving asphalt below would be your sad fate after sailing off of the brickishly square rear edge (with the greatest of ease). Shenanigans aside, this lil’ red wagon is just about the nicest 145 we have seen in recent memory and it looks remarkably complete and original. It is available here on ebay for $3700 Buy It Now (with bidding around $2k currently) in San Diego, CA. 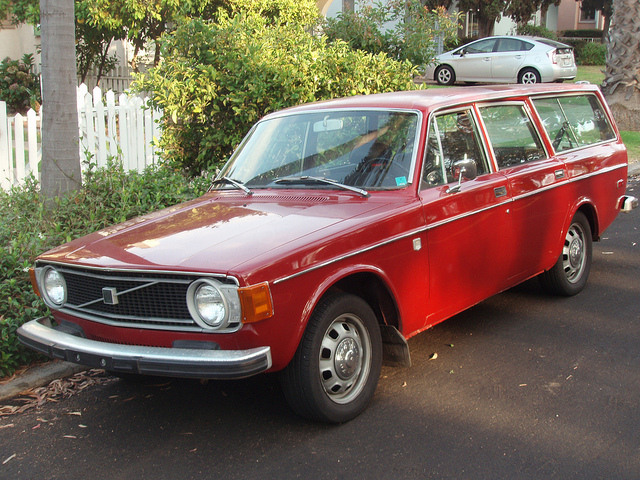 We’ve seen this wagon pop up on San Diego craigslist, and Los Angles as well, over the past few months. The asking price has hovered around the current Buy It Now on ebay but we would bet the owner is ready to make a deal and move this one along. Despite the fact that the 145 is the ever-present 245’s direct ancestor, they are far more rare these days and finding a clean unmolested example has proven quite difficult. It seems we see many more of the 2-door 142s for sale; perhaps the coupes have been spared from the crusher in larger numbers because they are perceived as being more valuable. 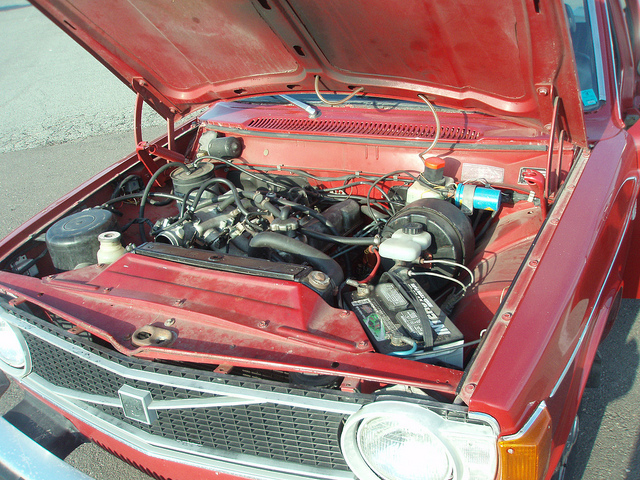 For utility though, a Volvo wagon can’t be beat, with flexibility for carrying herds of people or animals, or loads of hay to the market. Being a 1973 this one has a 2.0L B20 inline four with an early fuel injection system (Bosch D-Jetronic) that has its quirks but is far simpler than the mechanical continuous K-Jet systems with add-on electronic controls that came later in the ’70s. As the seller points out, this is also the last year for “skinny bumpers” on a Volvo. Well, skinnier than what came later anyhow; they are larger than the nice little chrome units that the 140 debuted with. They still resemble diving boards but that was the direction that all automakers had to follow in the mid ’70s for cars sold in the US. Federally mandated crash standards ensured that any modicum of sleekness was legislated out of cars until the manufacturers figured out how to integrate crush structures with the body more discreetly. 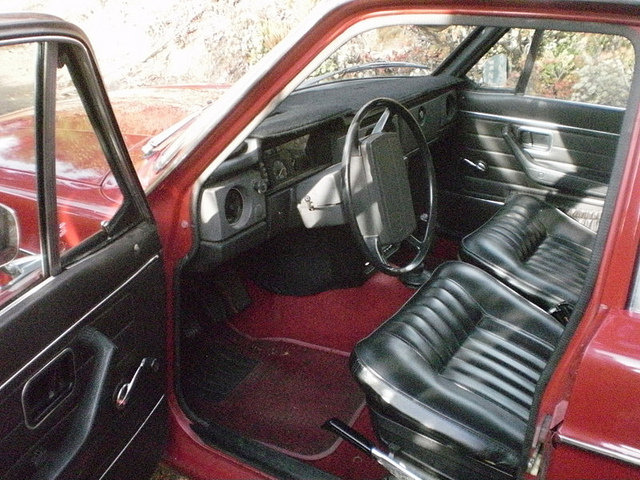 The interior of this car looks great; the black vinyl is a nice contrast to the red paint and carpet and seems to be in fantastic condition, agreeing with the “little old lady” history given by the seller. The dashboard was updated from the original linear ’60s style by this year, and stayed largely the same through the early 240 models until it was changed again in ’81. We still see vintage idiosyncrasies in this ’73 though, like the handbrake lever to the left of the driver’s seat instead of center mounted on the tunnel where it belongs. Shifting is accomplished by the driver’s right hand – a manual trans is a big plus in an old Volvo but this one is a simple 4-speed, lacking overdrive. Transmission swaps are possible in 140s but not as simple as 240s due to the narrower tunnel. Worst case, the new owner could add a Laycock deNormanville electric overdrive unit (hehe…we said “Laycock unit”) if long road trips are in the cards. 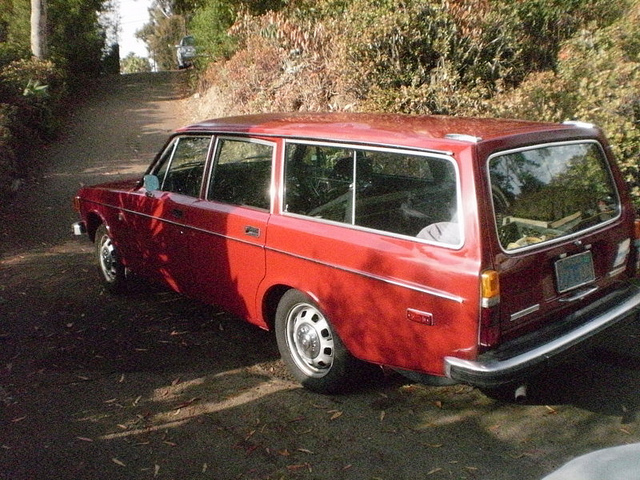 If we were in the market for a vintage wagon, we’d be all over this one, and we hope it goes to an appreciative new home. The new owner could do a few weekend projects to improve the car, such as reupholstering the tattered rear carpet area, and perhaps getting the roof repainted if desired. The seller states that the body is super straight and we can’t find evidence to the contrary…check out those panel gaps! Thor the body man’s hammer has thankfully been kept far away from this almost 40 year old Swede and we hope it stays this straight for a long time. 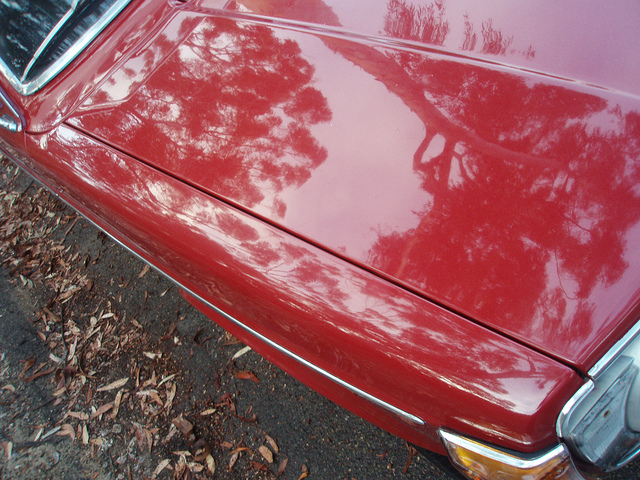 However, the red paint is not original and there are a few small rust spots that need attention, but the car would certainly be a respectable daily turismo as is. If the new owner wants to make it perfect it should not need a complete re-spray so that is another plus. All things considered we would be more than happy to cruise around in this wayback machine while improving it gradually. The smog-exempt status might tempt us into an engine swap or turbo retrofit at some point though…we never claimed we were purists!

More photos are available here in the seller’s flickr album – we spy some other neat vintage Volvos too. The craigslist ads for this car seem to have been taken down when it was placed on ebay.

Find another nice 145 that hasn’t been inhabited by squirrels and/or hippies for the past 20 years? Email us here: tips@dailyturismo.com