You may have detected in a past a hint of disdain for most kit cars from the editors of the Daily Turismo.  Honestly, it comes from seeing too many Cobra, Fauxrarri and Poor-sha based kit cars that take an iconic shape and combine it with eastern bloc build quality.  We don’t have an problem with Berlin wall build quality, but we do have a problem with dilution of value of the original art and generally good looking cars that drive like crap and are priced like golden crap.  A little history lesson for you – there was a time when the booming kit-car industry produced all kinds of unique looking cars based on VW chassis, fast forward to today, the ‘kit-ca’r is now synonymous with Cobras driven by wife beater wearing balding fat guys.  It is a shame because the old industry employed all sorts of engineers, skilled laborers and craftsman – instead today it just replicates old designs and ships the same ready for $7k paint job, 427 cubic inch engine, Fox body suspensioned beasts to the local car shows each year, most of the kits today are built overseas with molds created decades ago.  For a kit-car that isn’t heinous -we think this 1973 Siva Spyder S160 for sale in Loudon, TN currently bidding on ebay for $2,092 reserve-not-met with 3 days to go, will do the trick (Thanks to tip from Andrew L.) 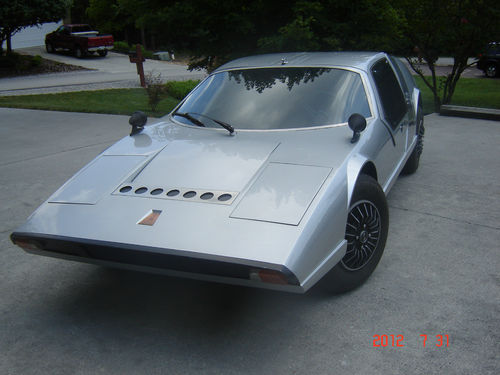 Yikes!  The Siva Spyder makes quite a futuristic impression for 1970s kit car – and looks part Lotus, part Lambo and part Hoover.  Siva Engineering built a few pre-war looking kits in the UK starting the late 60s, but it didn’t create the S160 until 1970 and according to internet lore only 12 of these Spyder S160s were ever produced. 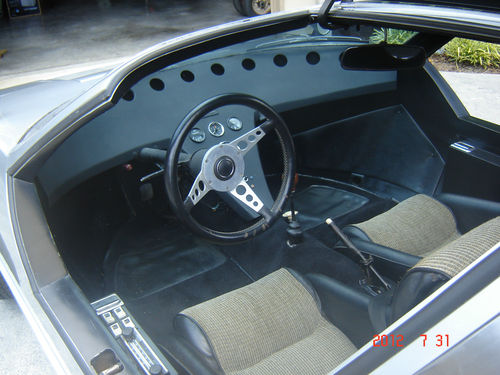 The inside of the Siva was unique in that all of the switchgear was located in the drivers door – so it may take some getting used to fiddling with the heater on the drivers arm rest.  The seats look to be covered in burlap sacks, but with any luck it is just some kind of seat cover as the original leather is probably cracked to oblivion. 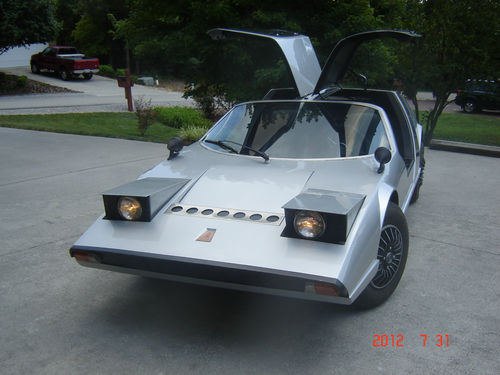 The S160 has pop-up headlamps and gullwing doors – nothing at all could go wrong with a homebuilt car with this many unique parts…right?  At least the engine/trans/suspension is stock Volkswagen bits that can be picked up at parts counters all over the world.  Expect leisurely performance from the VW engine out back if it is 100% stock – but aftermarket parts are cheap and plentiful, so an ill-tempered, peaky, noisy engine can by FedEx’d to your door for cash. 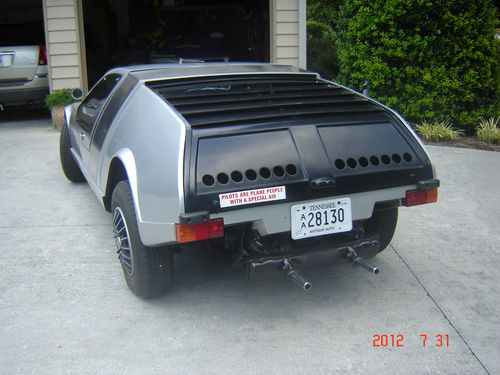 The rear end of the S160 really makes a statement…and we think the producers from Back to the Future should have picked this car over the DeLorean DMC-12.  We must assume that the current owner (who has owned this S160 since 1979) must be an aviator because he has the following bumper sticker proudly displayed “Pilots are plane people with a special air”.  We also think this car is a fantastic Wasteland Wednesday choice because it combines 70’s futuristic styling with ‘Cubans can fix it‘ reliability of an air-cooled flat-four.  If the reserve is anywhere near the current bidding someone is going to get a great deal on a strange piece of metal.