The 5th generation Datsun Bluebird was badged as the 610 in the USA.  The same car was badged as the Bluebird-U in Japan and at one time used an ad campaign with the phrase “Bluebird U, Up you!”.  We like the 610 for its funky 70s Japanese vibe and simple light weight chassis.  This 1973 Datsun 610 Wagon is for sale in Santa Clarita, CA for $3800 via craigslist. 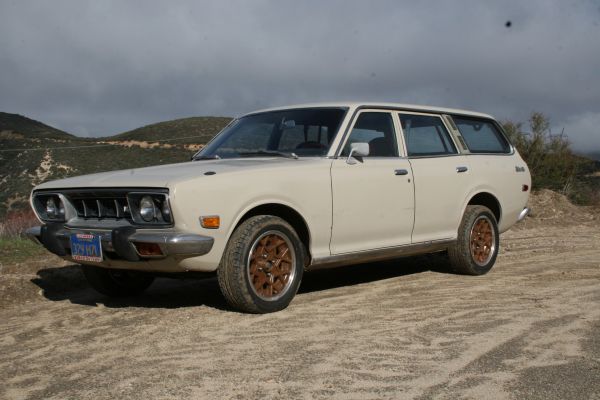 DT featured this 610 because it qualifies for us as a ‘survivor’ car.  It has the original paint, a rebuilt L18 engine and 4 speed manual transmission.  The L18 is a 4 cylinder version of the 6 cylinder powerplant from the 240Z – and its 1.8 liters produces 105 horsepower, enough to make this 2300 lb wagon slow compared to modern cars – but its rear drive chassis gives ample feedback and is fun to push at the limits. 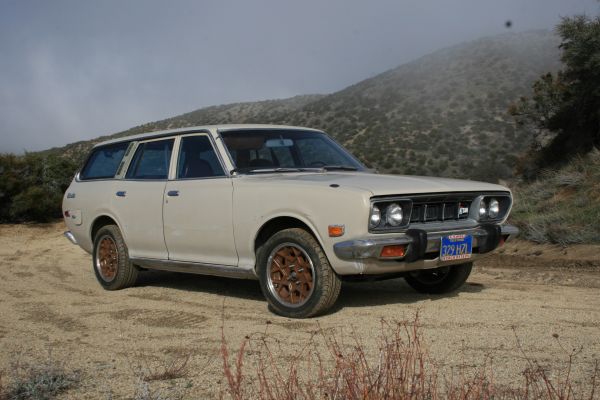 Unfortunately we don’t get many photos of this little tan gem in the ad, but a handful of parts have recently been replaced.  We can appreciate the 280ZX rims and the seller describes the interior as ‘clean’ – always a plus when buying a car that doesn’t have a particularly strong aftermarket.  This would be a fantastic car to just drive as-is and keep up with the maintenance.  We think the “Up YOU” chick from this vintage 70’s bluebird advertisement would agree.

See another strong survivor for sale?  email us here:  tips@dailyturismo.com