This car has to be one of the most well-traveled Volvos in recent memory – on the internet anyways, regardless of its miles in the real world. It has been featured on Bring a Trailer and the Hemmings blog, having last been sold about 3 years ago. The list of upgrades is long, the price is reasonable, and we would be surprised if it wasn’t a hoot to drive. This 1972 Volvo 142S is available on ebay in San Mateo, CA for $3400 Buy it Now, but bidding still active under the reserve. 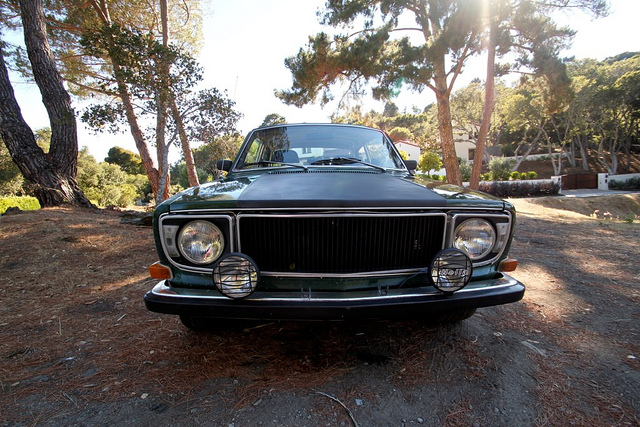 Since 2009, it seems the current owner has added black-out panels to the hood and trunk lid, likely to cover up some paint flaws – but we like the contrasting color as it lends a bit more classic rally flair to the 142. Other obvious changes are the removal of many of the driving / fog / rally lights from the front bumper (which does clean up the look a bit) and removal of the basket-weave alloy wheels for more modern five spokers. We would revert back to the classic look, or even try some BBS wheels, since we think the current ones detract from the overall look and feel of the car, even though they appear to be new and clean. 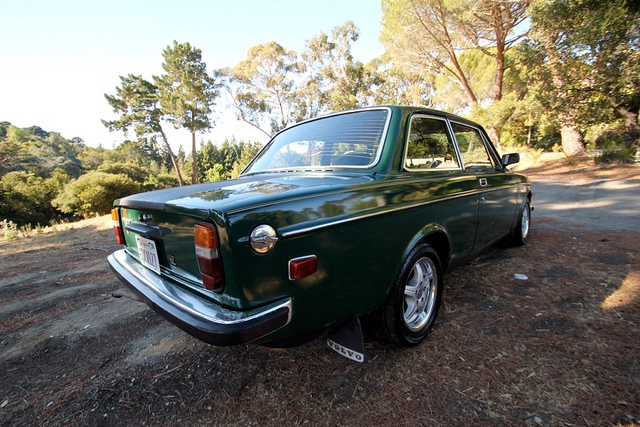 The fish-eye wide angle lens photos distort the boxy shape and make us a bit dizzy – we wish the seller would have included some clearer and better exposed shots. No matter though, the car is still a looker and at least the photo shoot site is a scenic Northern California locale. 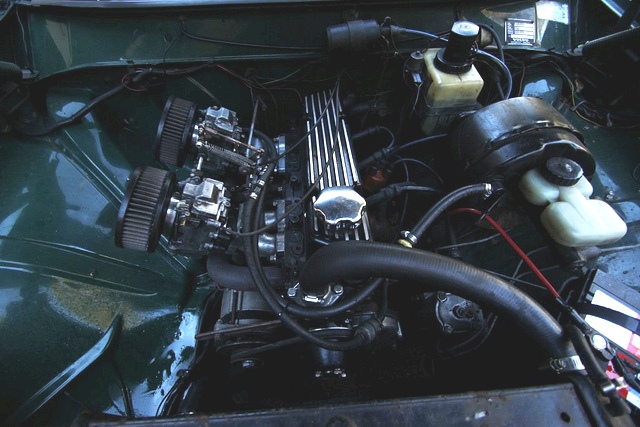 Comparing the current engine pictures to the one posted on BaT, it appears the current owner has rerouted some hoses, cleaned up the wiring and generally tidied up the engine bay. The B20 pushrod four has previously been treated to some breathing upgrades: a higher-lift cam, ported head with larger valves, twin Mikuni side-draft carburetors, and an exhaust header likely make this an entertaining brick. The shop that rebuilt and upgraded the engine is V-Performance, and the list price for this package on their website is $4475 – so if the 143 hp claim is true, the buyer of this green menace will be getting quite the deal at less than $3400 for the whole car. This is a case of not being able to replicate the vehicle for anywhere near the asking price, so if you’re considering a hot rod 140 build, do your kid’s college savings account a favor and think about buying a finished one like this instead. 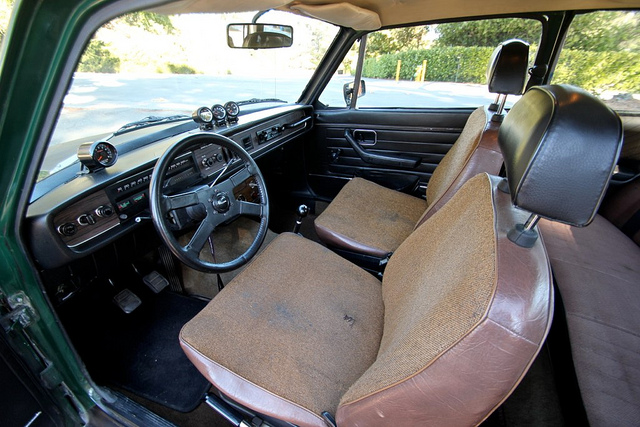 Inside, it appears not much has changed since ’09, including the added gauges on the dash. The linear ribbon speedometer is definitely a blast from the past, as are the stock brown “bucket” seats that are flatter than a Starrett granite surface plate and would really be better described as “individual bench seats.” Volvo couches from this era are comfortable but offer basically zero lateral support, so a seat swap might be in order if the new owner wants to do some autocrossing or track days with the 142. Being securely fastened in to a hip-hugging deeply bolstered seat makes a huge difference in driver confidence and can improve the driving experience immensely. If you want a fast vintage Volvo for street use only though, we’d keep these seats for originality’s sake. 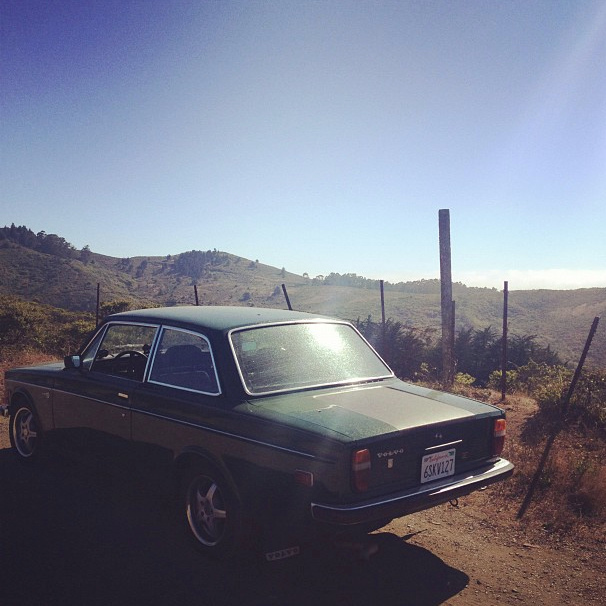 It seems the original owner has done just that – mainly driven it on the street but also taken it on some twisty roads. “Skyline” mentioned on the ebay ad is the Skline Blvd. area in the “East Bay,” the hills east of Oakland in the San Francisco bay area. We’ve taken classic motorcycles down these roads and can attest to the experience – beautiful scenery, plenty of interesting turns, and smiles all around.

This Volvo does have a short list of needs which the seller says will cost about $800. If that’s true, then this could be yours and sorted for a max of $4200. Does that sound fair, or should Thor rain down with the Thunder from Down Under Above and smite this car where it stands?

Please – don’t hesitate to send us your Thorsday submissions at tips@dailyturismo.com!