Per the suggestion of DT reader Scot, we’ve been rolling with the “every day is Thorsday” idea lately, and why not, when there are so many reasonably priced classic Volvos out there? We’re not sure if the brick market will hit a thermal soon and rise to the stratosphere (relatively speaking), but we are sure that there are plenty of good deals to be found at the moment. The economic recession in the US is keeping attainable classics at low prices for now, and the same looks to be true back in Sweden, except even more so. We found this ultra minty clean 23k-mile 1970 Volvo 142 advertised on our new favorite foreign classified site, blocket.se, for sale in Malmö, Skåne, Sweden for only 21000 SEK. That’s only about $3160 US at today’s exchange rate! 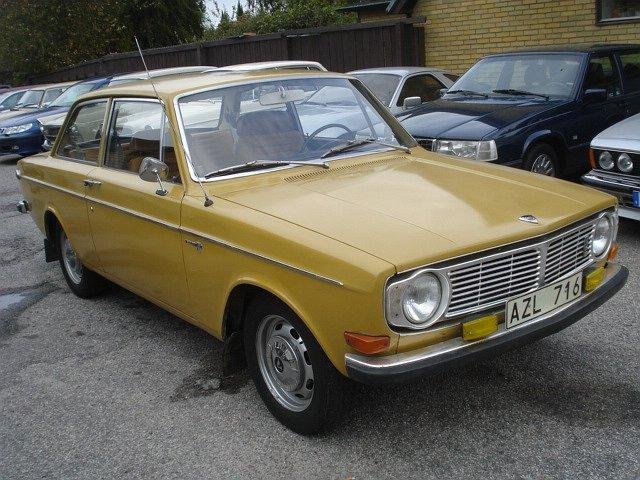 The 142 was introduced in 1967 to much acclaim, and by ’70 not much had changed. This car wears the original style split aluminum grille that we much prefer to the later plastic grille on the ’71 – ’74 facelifted 140 cars. It’s a stylized version of the Amazon (122) grille, morphed to fit on the boxy front end, in stark contrast to its unmistakably curvy predecessor. This particular 2-door looks to be in incredible condition, resplendent in its earthy mustard yellow paint and complete with all trim, badges, fog lights and steel wheels with dog-dish “V” hubcaps. 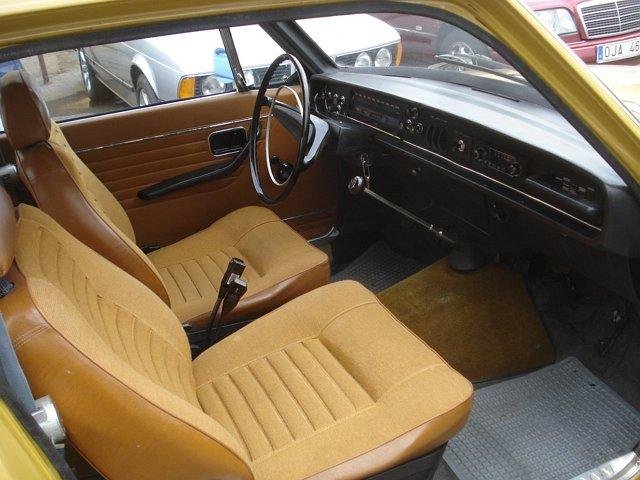 The interior is unbelievably well preserved for a car that is now in its early 40s; the dash, controls, seats, carpet and door cards look perfect in the pics provided. The seller claims it has rolled only 23,100 miles in its lifetime and we would tend to believe that based on the un-worn condition of all the parts that should have been broken and threadbare 25 years ago if this car had seen an average amount of use. The exterior/interior color scheme would best be described as “French’s yellow over stone-ground Dijon” but that’s just fine with us; we think current fashion trends have to eventually ketchup to the panache of this spicy Swede. 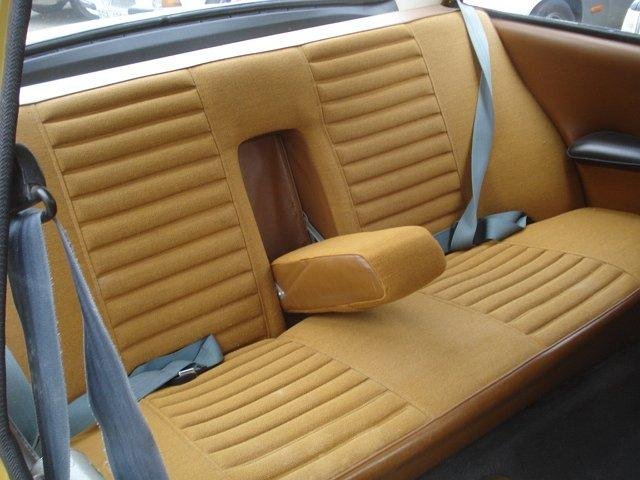 The back seat is in equally immaculate condition – and if it looks identical to a 240 rear seat except for the pattern, that’s because it is identical. In fact the entire rear end of the car from the firewall back, including doors, greenhouse, quarter panels and rear suspension was largely carried over as-is when the 240 was introduced in ’75. If you consider the 240 just an evolution of the 140 (which is arguable), then this same basic car was in production from 1966 through 1993 – which is 27 model years of boxy, bricky goodness. Thanks Göteborg! 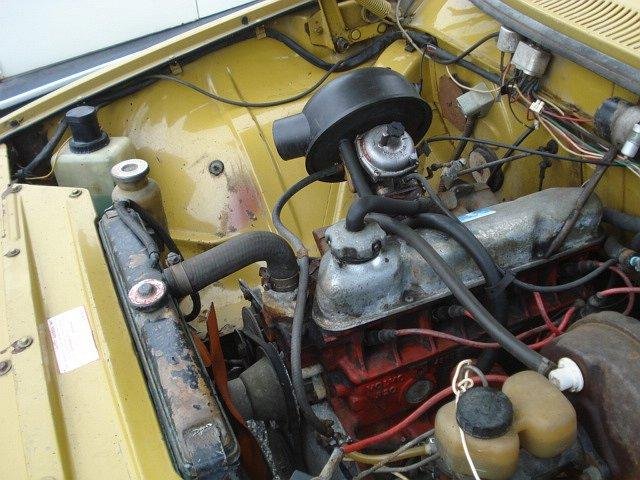 The original B20 single-carb 2.0L pushrod four may look antiquated, but it seems to be in servicable condition with very little evidence of oil leakage and no signs of neglect. By 1970 Volvo had upgraded the generator to an alternator, giving the car a stronger charging system to keep that battery topped up even at idle. This basic engine design started as the B18 and the engine family was used a myriad of Volvos such as the PV544, Duett wagon, Amazon, 1800, 140, early 240, the C202 “Valp” military vehicle and even in heavy artillery – the Haubits FH77 howitzer used a B20 to power its hydraulic drive unit! These are some of the most durable engines in the world; we’ve heard multiple reports of extreme high mileage without rebuilds and even that they cannot be killed by sadistic over-revving – but we’ve yet to try that ourselves… 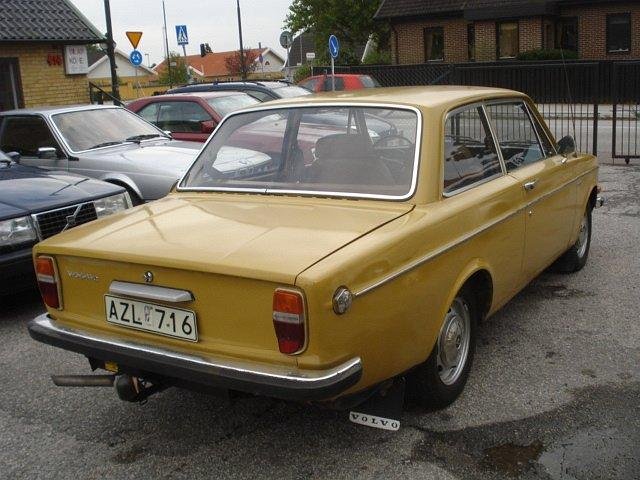 It’s too bad this car is so far away from DT headquarters…we can say for a fact that this would be added to the fleet if it were closer to being local! We’d kick some of our more haggard vehicles to the curb to make room for such a cherry slice of mustard pie. Anyone shipping a container from Southern Sweden to Southern California anytime soon, with some extra room?

Find a lower-mile vintage brick for less cash? Tell us via email! tips@dailyturismo.com