The Subaru 360 Ladybug was built by Fuji Heavy Industries from 1958-1971 as a quirky Japanese version of the VW Beetle, with which it shares a rear engine layout, roomy interior and brutal slowness.  This 1970 Subaru 360 is for sale in Ashton, IL currently bidding on ebay for $3,127 with 1 day left. 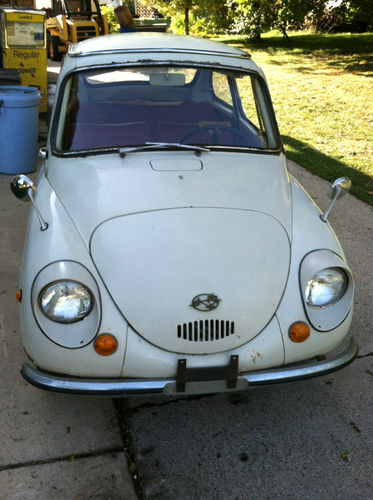 Subaru (スバル) is the Japanese name for the Pleiades star cluster (also known ask the Seven Sisters) and is a reference to the seven original companies that merged to start Fuji Heavy Industries.  The 360, known in Japan as the ladybug (天道虫) was the first mass produced automobile from Subaru but are relatively rare in the US these days. 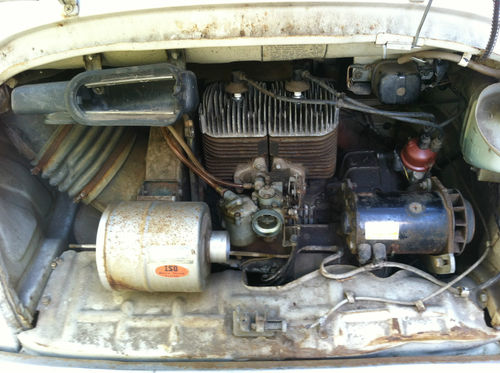 The 360 name was a description of the displacement in cubic centimeters (0.360 liters) for the EK32 2-cylinder gasoline 2-stroke engine that put out 36 horsepower.  The K32 uses a Subarumatic oil-gas mixing system to pre-mix the fuel-oil before being injected into the 2-stroke engine and will propel the 900 lb kei-car to a top speed of 60 mph. 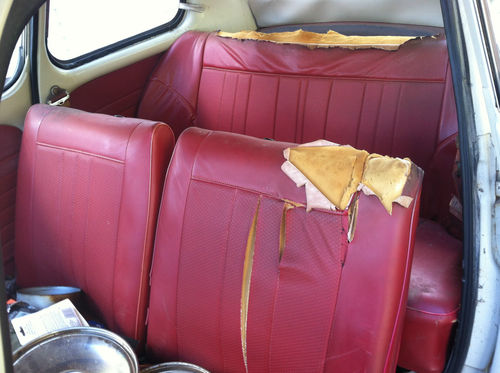 Open the ‘suicide’ doors (hopefully not accidentally while driving) and step into a surprisingly large interior given the external dimensions.  It will comfortably seat 4 small adults and drive them slowly to their destination.  This one needs some interior reconditioning before it can be used frequently and we expect most of the parts will need to be custom fabricated at some cost since little aftermarket support exists for the Ladybug. 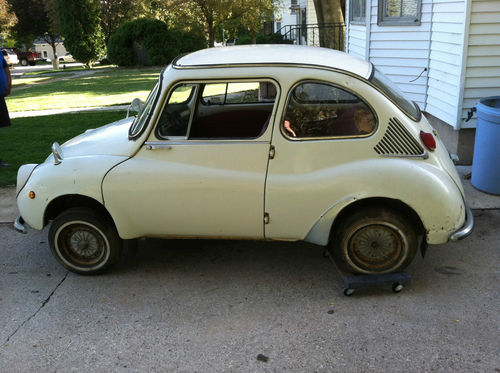 The seller is honest about the amount of work that will need to be put into this car before it can be driven, but it looks like a project that could be done in a small garage and by an enthusiast craftsman.

See another Ladybug that may accidentally get crushed?  email us here:  tips@dailyturismo.com