The Ford Torino was named after the Italian city of Turin, home of failed Moretti Motor Cars – but located in the same province as legendary Pininfarina design house.  Pininfarina would never have designed a car where the rear quarter panels are larger than two zip codes, but the Torino was designed in Detroit, a city where space is not a premium.  Let’s hope there is some space in your garage for this 1969 Ford Torino Fastback located in Southern Maine, currently bidding at $6300, reserve not met. 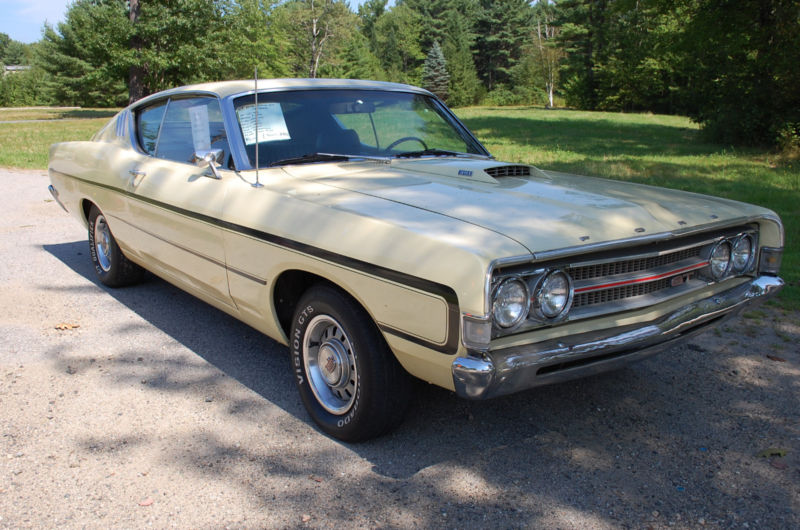 The Torino was a 2 door version of the Ford Fairlane and as such was the NASCAR Ford entry for 1969 – the last year of actual production bodies used in NASCAR ‘racing’. Today, enthusiasts refer to this shape as the “Fastback”, but technically Ford used the term Sportsroof in all of its advertising and the name Fastback never appeared on the Torino.  The shape, alledgedly designed to help its NASCAR cars (is that redundant?) run faster – was in fact Ford’s attempt to use up a bunch of left over 8×10 window panes from a failed construction project.  The rear deck-lid on these things could easily double as a commercial greenhouse. 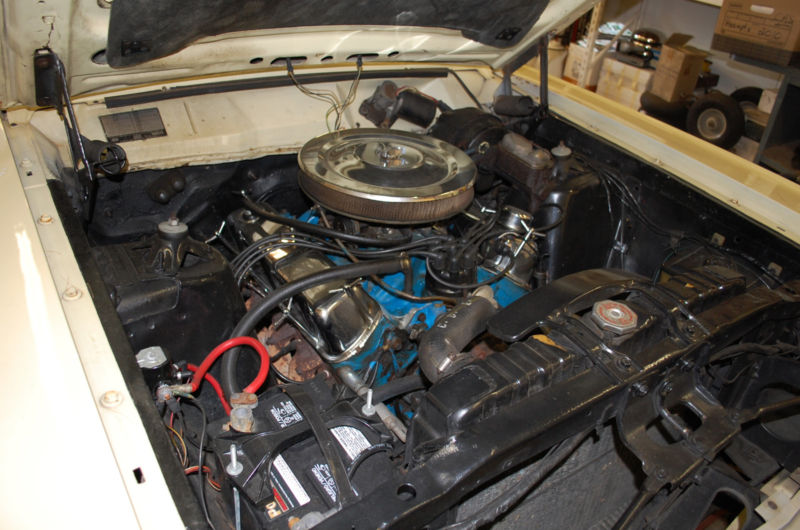 Powering this Torino is the factory 5.8 liter 351Windsor engine with 4 barrel carburetor, putting out 290 horsepower and a stump pulling 385 ft-lbs of torque.  This 351W looks to be relatively stock – but if you were inclined – you could easily cam/intake/exhaust this engine up to 400ish horsepower.  Thankfully this car is equipped with a 4 speed manual transmission – hopefully the notoriously bulletproof Ford ‘top-loader’.  Power is put down to the pavement via a Ford 9″ trac-loc (LSD) rear end that will leave twin black stripes on the pavement and ear-to-ear grin on your face. 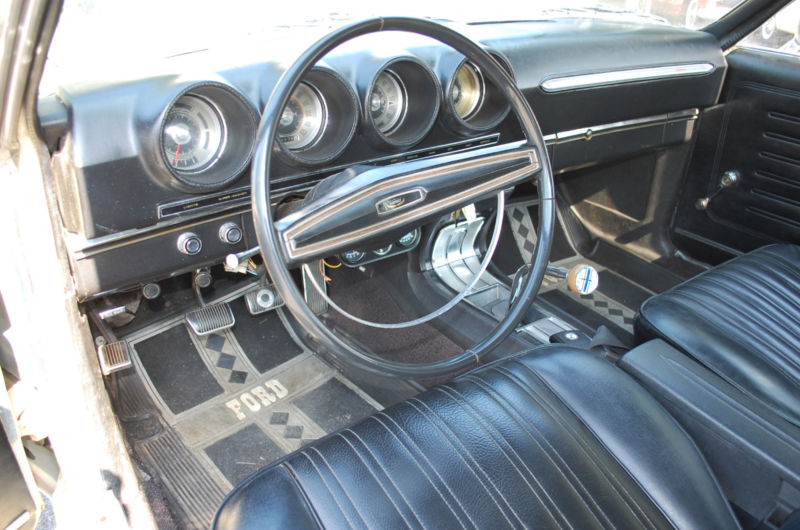 The Torino inside has a simple 4 gauge cluster with some black bucket seats and a sweet Shelby-style shifter.  We like original interiors that haven’t been too torn apart – but this one isn’t perfect and the seller concedes that this is an older restoration with some issues. 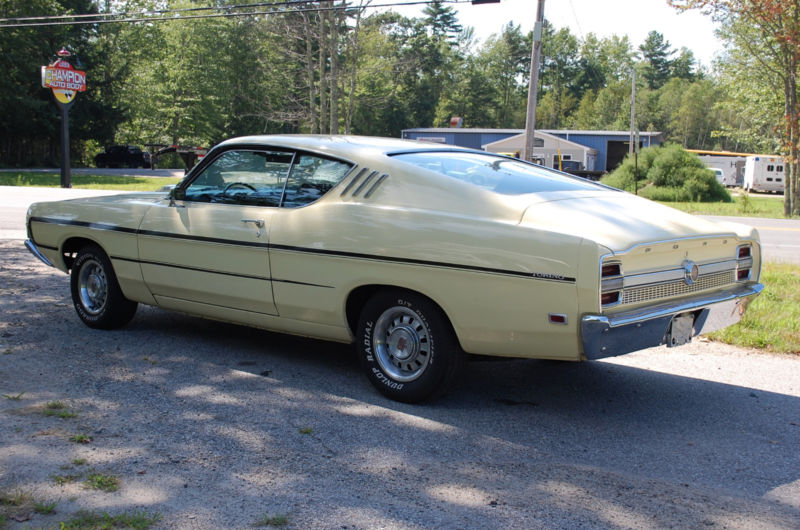 Regardless of the small issues that need to be addressed – we think this would be a great car not for rotisserie restoration, but for driving around every day.  Keep it waxed, change the fluids, park it in a garage, drive it everyday and this car will be cool 25 years from now; just please don’t park it in a ‘barn’ or spend $75k in a restoration and sell it for $50k at Barrett-Jackson – neither of those are helpful for the tons of people who would love to drive this thing every day.

See another daily driver with a 4-on-the-floor and NASCAR aspirations?  Email us here:  tips@dailyturismo.com