AMC offers an alternative to the Ford/Chevy/Dodge muscle cars from the late 60s – but its sort of the Battlestar Galactica alternative to Star Wars or Star Trek – there are always a few at a gathering – but you’re never sure if you want to strike up a conversation and you don’t know what you’d talk about.  This 1969 AMC Ambassador has been given a full NASCAR makeover by its owner in Leighton, PA and bidding on ebay is currently at $2,370 (big thanks to tip from dt reader Scot). 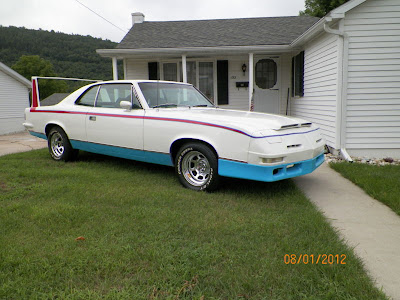 The AMC Ambassador was a full sized two door sedan in its 7th generation in 1969 with a multitude of inline 6 and V8 engines available.  In 1969 AMC didn’t have any NASCAR involvement (in 1973 AMC ran Matador coupes in competition) – but this hasn’t stopped the builder of this car from creating an alternative universe version in which AMC raced vs Plymouth Superbirds and Ford Torino Talledegas.  The car sports a gigantic rear wing and a nose job from a 90’s Dodge Daytona. 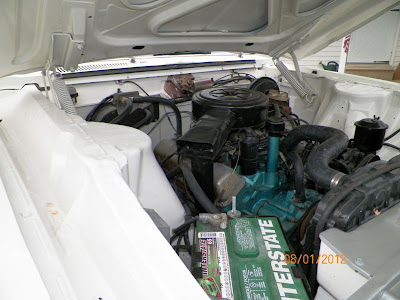 This Ambassador to the Federation is equipped with a 343 cubic inch (5.6 liters) V8 choked with a 2-barrel carburetor to produce 235 gross horsepower.  Not gross like the smell of the inside of Captain Kirk’s foot locker- but SAE gross – as in gross over estimation of horsepower made in the 60s – assume the car has 200ish horsepower today, probably less.  Not a very NASCAR level of power and its mated to a very non-NASCAR slushbox automatic trans and pushes around a hefty 3800 lbs of steel. This car won’t be making the jump to hyperspace anytime this century – its gonna be slower than Spock’s heartbeat. 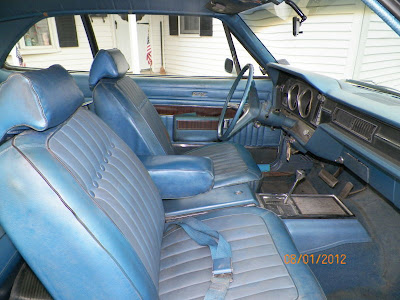 The inside looks original, with ‘bucket’ seats that won’t hold much in place around corners – but don’t expect this car to corner well on the period correct “cooper cobra radial g/t” tires.  The seller does note some rust under the drivers seat and this car is currently in Pennsylvania – a state that does use salt on the roads, so a proper inspection with a tricorder is necessary.  A fridge magnet and screwdriver will do the trick if Scotty left your tricorder in the other shuttle. 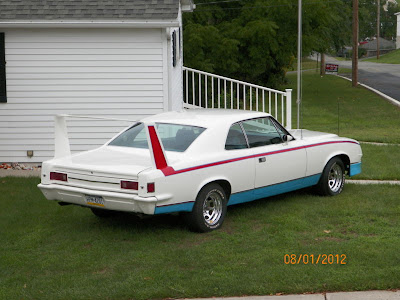 We at the daily turismo think this car needs to decide what it wants to be. We’d finish the NASCAR theme and put some huge numbers on the side, stickers and the biggest intake manifold you can find.  You are  going to look like a tool driving this car around, so you may as well have 9 year old kids giving you thumbs up and asking if you won the race. As is – we’d give it the Kirk-chop and go find something else to colonize.

See another wannabe racer for sale?  email us here:  tips@dailyturismo.com