To continue the running theme we inadvertently started earlier, might we suggest a gander at another solid vintage car with potential that has been questionably dolled up to look like a race car, but actually has no performance credentials whatsoever. We’re not saying that the Volvo Amazon was never competitive, just that this particular 1966 Amazon (aka 122S) coupe has poser written all over it and no actual performance enhancing modifications. Despite our misgivings about the seller’s taste and intentions, this one looks solid enough to entertain as an easy fixer-upper. Find it here on ebay in “The ‘Couv” (Vancouver, Washington) ending in just a few hours with bidding near $5k, and reserve not met. 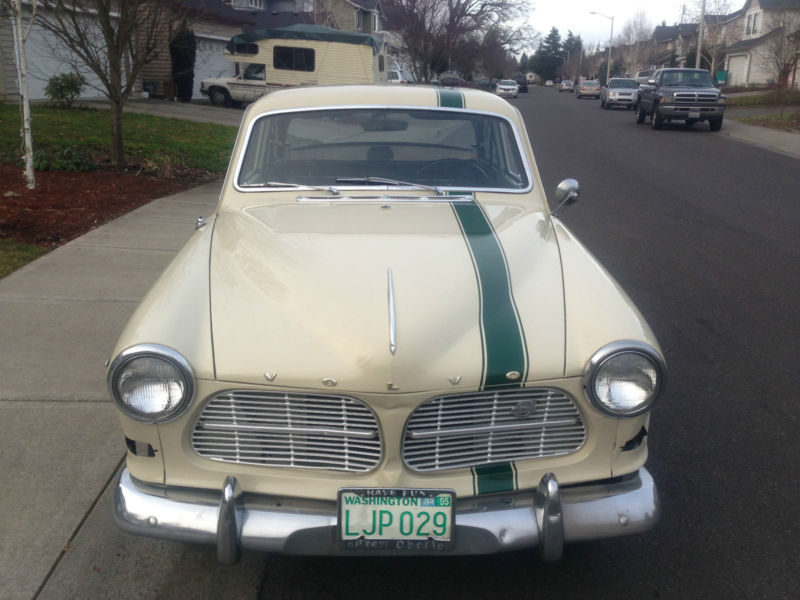 First of all, we have to disagree with the seller who claims that this two-door Amazon is…

Sure, these aren’t exactly falling out of Geely’s Chinese shipping containers these days and the model has not been produced since 1970, but a Phantom Corsair this ain’t. According to Volvo: The Cars–From the 20s to the 80s by Björn Erik Lindh, 359,917 two-door Amazon coupes were built during the production run. Getting hard to find in nice condition, sure…but not really rare by any stretch. 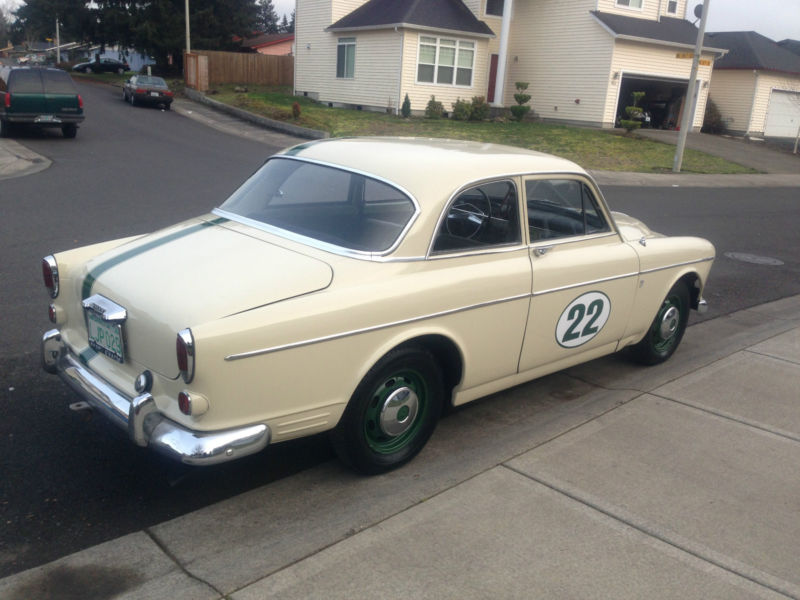 Secondly, we really wish this car would have been left alone in the aesthetic department. Apparently the green off-center stripe and door numbers are removable, presumably vinyl, but these “enhancements” along with the spray-bombed green wheels go a long way towards cheapening up the vibe of what would otherwise be a respectable classic. We would immediately tear off the numbers (how does 22 = 122S anyways?) paint the wheels black or silver and breathe a collective sigh of relief. The stripe may actually look fine on its own, as a bit of an homage to Volvo’s racing heritage – but the numbers take this one over the top. Body wise, it appears this car might be wearing its original paint but regardless it looks nice at the price point. There is a dent in the right front fender behind the wheel, and the bridge of the Amazon’s nose between the two grilles is bashed in slightly, but these would be minor fixes and totally forgivable if the structure is rust free and the paint is stable. 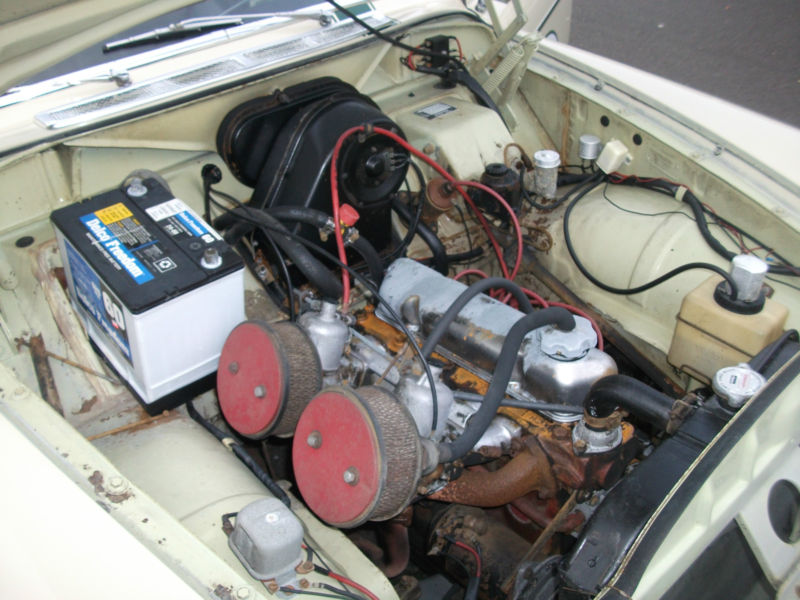 Back to the supposed performance pedigree, the dual-carbed B18 pushrod four looks entirely stock. That’s not a bad thing by any means, but if you want your car to look fast we’d suggest a bit more power than the ~100 SAE gross hp put out by this version of Volvo’s immortal iron workhorse. Even if the odometer has rolled many times since the claimed 26k miles, this little sewing machine should run dutifully for many more years to come, assuming basic maintenance has not been overlooked. This brings us to the next point, the “original senior owner.” If the story is true, this car has likely gotten regular care. But – this is a major DT pet peeve – this is no longer a one-owner car! Even if the current seller did not transfer ownership, and the buyer will presumably be only the 2nd owner of record, it is indeed owned now by someone other than the original purchaser…therefore…it cannot be a one-owner car as claimed. Another worrisome detail is the brand new battery in the shot above, not connected (electrically or via the hold-down bracket). We wonder how much the car has been driven recently; potential buyers would be wise to assume a thorough going-through will be necessary. 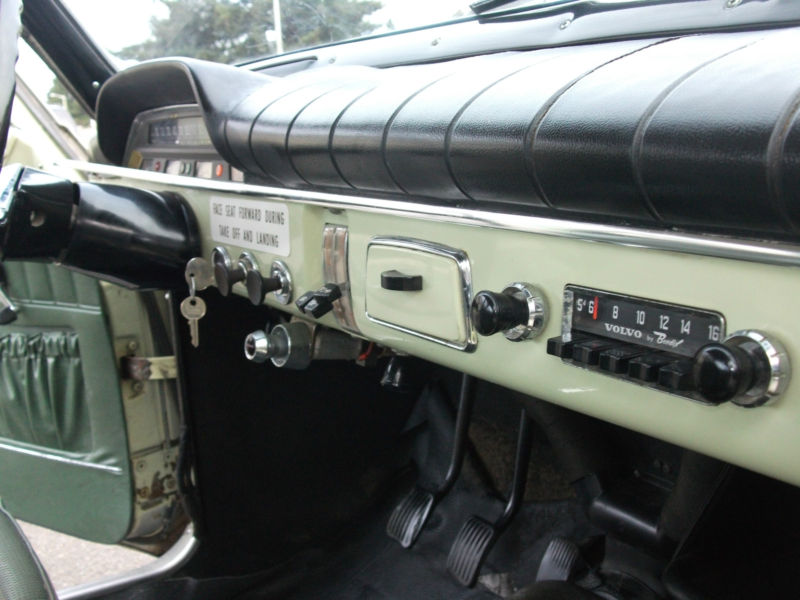 According to the current (second!) owner, the original owner sold this car due to ellness – which is actually a disease in which high levels of  estrogen cause a man to be incapable of driving his old Volvo. All kidding aside, having to part with a faithful long-term classic because of health concerns is a sad reality for many seniors and we hope that this car makes it into the hands of someone who will properly de-scuzzify it and care for it like the old man presumably did. He must have had a sense of humor too; the FACE SEAT FORWARD DURING TAKE OFF AND LANDING plaque on the dash is a quirky bit of classic kitsch that we would keep if it’s genuinely part of the car’s history.

Find a less-fake Volvo vintage racer, maybe even a real one at a budget price? Email us here: tips@dailyturismo.com