Here at the Daily Turismo you’ve probably noticed that we are big fans of cheap, cool-looking and reliable transportation.  However, these typically don’t come together in a nice package because old cars tend to have complicated carburetors that can only be tuned by warlocks, and modern cars look like crap.  Sometimes however, some cars show up with reliable fuel injected engines put into vintage steel.  This 1962 Mercury Comet 2-door sports a 2.3 liter Ford fuel injected engine and 5-speed manual transmission. It’s for sale on ebay currently bidding at $500 reserve-not-met with 2 days to go and a buy-it-now of $4500, in East Falmouth, MA. 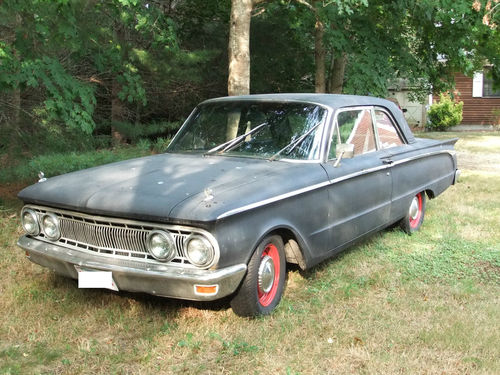 Originally planned by Ford as an Edsel model, the Mercury Comet shared a platform with the Ford Falcon, but was sold exclusively through Mercury dealers after the demise of the Edsel brand.  The Comet is a decent early ’60s American sedan that shares aftermarket parts with the Mustang and Falcon, making it one of the cheaper classic cars to maintain and drive on a regular basis. Adding to the allure of cheap and easy is that the stock inline 6 engine has been removed in favor of a 1993 Ford 2.3 liter fuel injected inline 4 from a Ranger pickup mated to a 5 speed manual transmission.  Fuel economy has likely tripled with this new combination and power is up slightly (now at 98 horsepower) – but don’t expect rocketship performance from the 2.3 liter OHC Pinto engine used in the swap. However, it was the same basic engine used in the Mustang SVO, so you are only a turbo/intercooler away from an easy 200 horsepower. 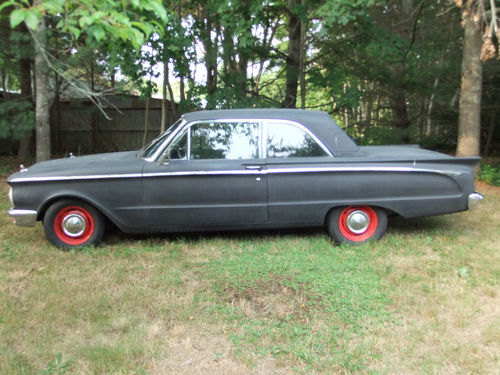 The exterior of this Comet has been treated to the “rat-rod’ look courtesy of a few cans of flat black spray paint and red painted steel wheels with chrome hub caps.  Its not our favorite look on..well..any car, but it is a simple solution to faded or bad paint.  We could see painting an entire car with chalkboard paint and fastening a chalk rail style running board filled with colored chalk so that people could leave messages on the side of your car.  It would be interesting to see what people drew at the first few car shows – but the novelty would wear off after you’d driven a few hundred miles with crude drawings of human anatomy on the hood. 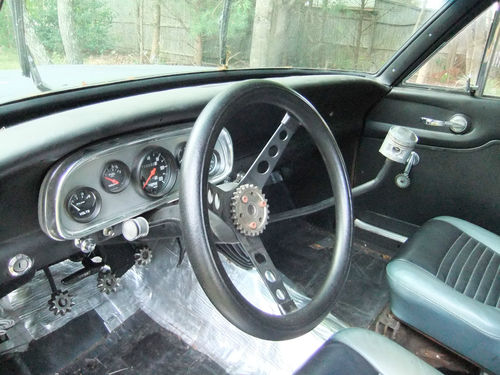 The interior of this Comet has been questionably upgraded with all sorts of strange stuff.  The shift linkage is longer than a politician’s nose and has a piston attached to the end.  The pedals have some gears from a rear-end on them, please don’t drive barefoot unless you’ve had a recent tetanus shot.  That isn’t nearly as dangerous as the steering horn cover made from another gear with exposed bolt heads.  We aren’t really into the whole ‘cover your entire car with airbags and stop people from driving fast’ safety culture that seems to grip the sissies over at the Department of Transportation nowadays…but we’d think twice about riding in this car without a helmet and steel toe’d shoes. 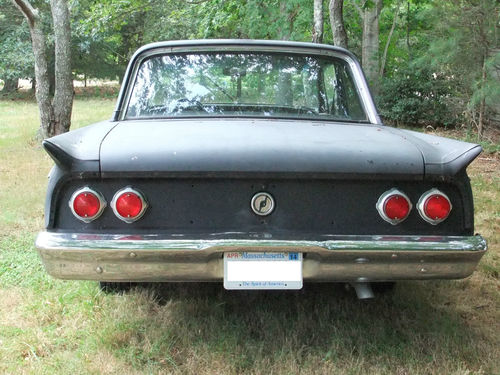 This Comet wasn’t originally an S-22 model because it only has 4 tail lights (the S-22s had 6), but we like the vestigial tail fins and clean stylying.  We really wish the current owner had left the original paint alone, but perhaps someone who is into the ‘rat-rod’ look would be willing to give this Comet a chance to fly again.