As a contrast to the ’75 FJ40 featured today, we thought it would be fun to consider this little home-grown alternative OG-SUV, and the inspiration for the Land Cruiser in the first place. This servicable little Willys M38 was the successor to the Willys MB and Ford GPW jeeps produced during WWII, and is just about as basic of a four wheel drive vehicle as can be found. This one is very reasonably priced, seems to be rust free and has tons of character. This 1951 Willys M38 is being sold on ebay with bidding near $4k with no reserve, only a few hours remaining, and located in southwest Iowa. 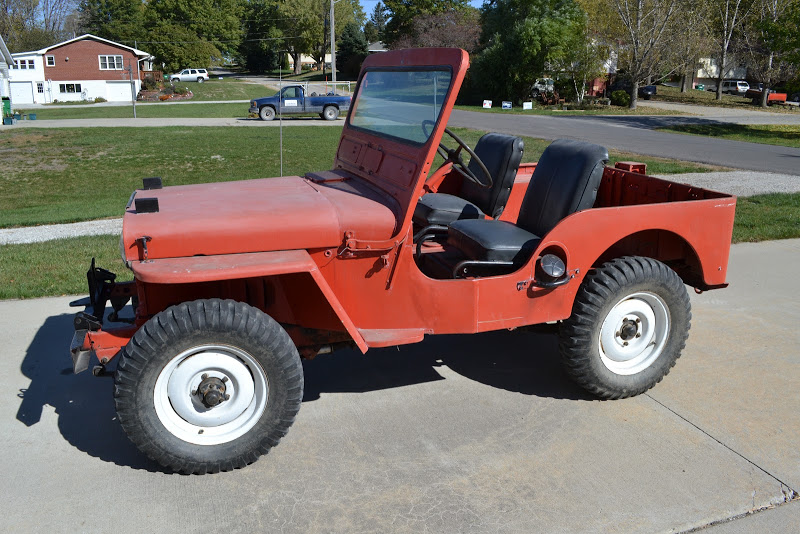 Willys-Overland was an American car manufacturer that was, along with Ford, awarded military contracts for producing the little general purpose military buggy that was originally designed by American Bantam. Willys continued making them after the war and eventually morphed into Kaiser-Jeep Corp. That company was swallowed by AMC, which was swallowed by Chrysler, which was recently owned by Germans and now Italians – meaning two out of the three Axis powers that were fought using the original Jeep have now owned the rights to the vehicle. 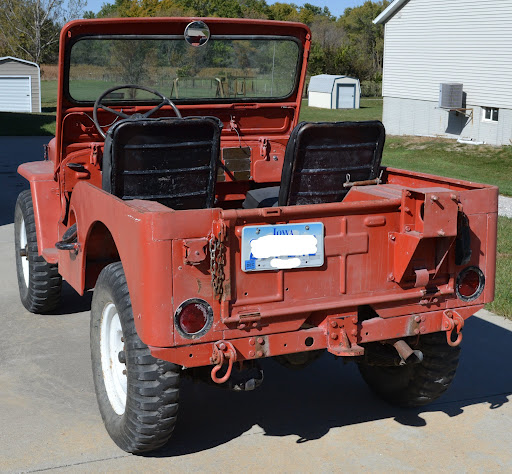 This one wears a faded shade of matte red, but with the white steel wheels, black seats and correct military tires we love the look. It seems to be well maintained and is claimed to have been owned by the same person for 25 years and used regularly during that time. 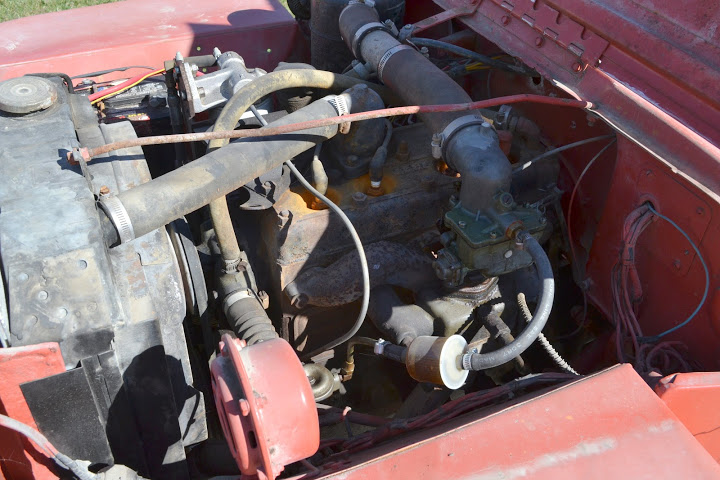 Upgrades include conversion to a 12-volt charging system (from the original 24V) making replacement batteries much easier to source, and a recently restored fuel tank. The Willys “Go Devil” flathead inline four cylinder engine was used on the WWII MB Jeeps as well, and it’s an all-iron lump displacing 134 cubic inches (2.2 liters) and making all of 60 horsepower at the crankshaft. Compression ratio is a low-quality-fuel-friendly 6.48:1 which is ridiculously low by today’s standards but makes for a lightly stressed engine that can probably run on anything from lantern fuel to alcohol or fermented swamp water. Useful for a military vehicle out in the sticks! Power per liter is very low, but hey, at least it makes 105 lb-ft of torque due to the tractor-like 4.375 inch stroke and large displacement. 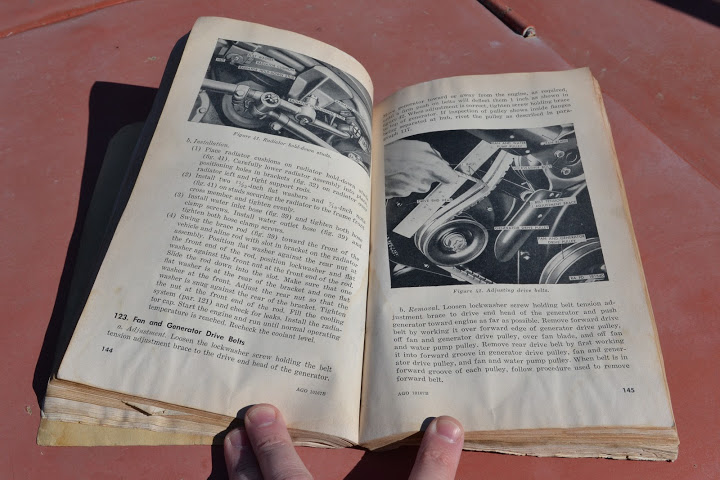 Worried about finding someone who knows how to service an MB or M38, or aren’t sure if you can handle the job yourself? Fear not; the seller includes an operation and maintenance manual for this “1/4 TON 4 x 4 UTILITY TRUCK.” These old manuals are usually far more helpful than their modern equivalents and usually explain everything from rebuilding the carburetor or generator, to how to re-pack wheel bearings, to fashioning your own winch using the rear axle and some rope…seriously, Americans were industrious back then! 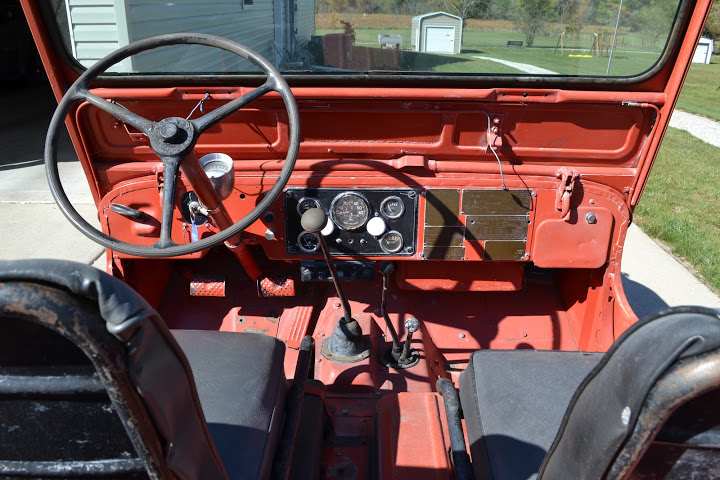 Like the Toyota FJ40 the controls are simple, manual and as basic as possible. This little guy truly only seats two passengers however, and doesn’t seem to include a top or doors. It would be a perfect back-woods runabout or beach buggy, and would even turn some heads rolling down the street in town or at a local cruise night / car show. 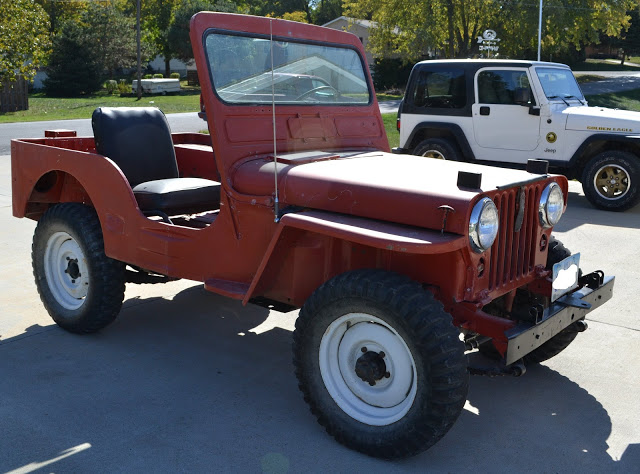 This ’50s American classic is a compelling alternative to its competition from the Land of the Rising Sun, and when comparing the exact trucks we featured today this one looks like it will end up going for about 1/3 the price of the other. Performance would be lacking vs. the six-cylinder Cruiser, but that extra money could go towards some power improvements or even an engine swap if the new owner needs more pep. We’d keep it original though…what would you do with it?