We see errors in car ads from time to time, lots of V6 BMWs, ‘original owner’ cars that were just purchased 2 months ago, and our favorite: Cameros. But this one is a doozy (not literally a Duesenberg  – just a big gaffe).  Listed as a 1946 Mercury Zephyr, it’s actually a V-12 Lincoln Sedan, which was based on the pre-war Lincoln-Zephyr and is basically the 4-door version of the Continental.  Regardless, this 1946 Lincoln is for sale in Paradise, CA for $7000 via craigslist- which given completeness of this ride looks to be a good deal. 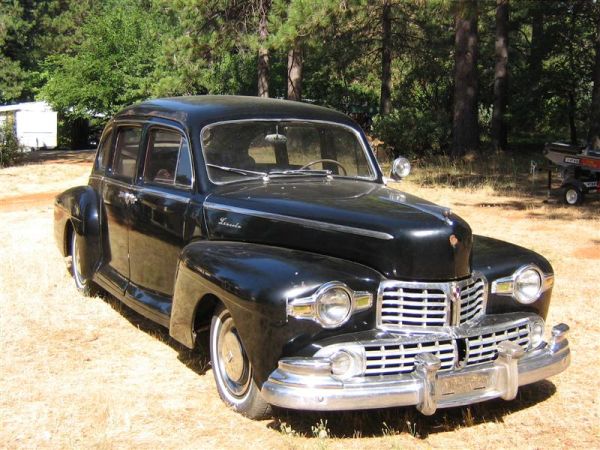 Straight from a gangster movie – this suicide door equipped monster is 4000 lbs of American steel and chrome.  It even has a cop-style spot light so you can light up your rival mobsters before lighting them up with your .45 caliber Tommy gun.  Bratt-a-tatt-tatt is the noise coming from the goon riding shotgun AND the single exahust pipe in the rear. 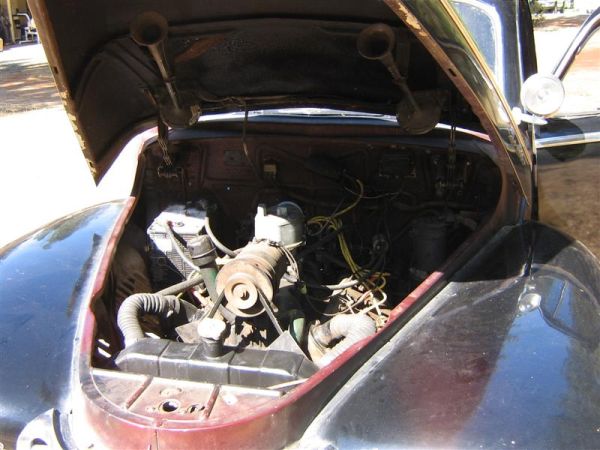 This Lincoln is powered by a 75 degree flathead 4.8 liter V-12, the same engine as the Continental and putting out 130 horsepower.  It was a fast car in 1948, enough to outrun the cops and most fancy European imports, but today it would barely outrun a mall cop on a Segway.  But that is okay because look at those gorgeous horns slung underhood! Awwwoooooga!! Wow! 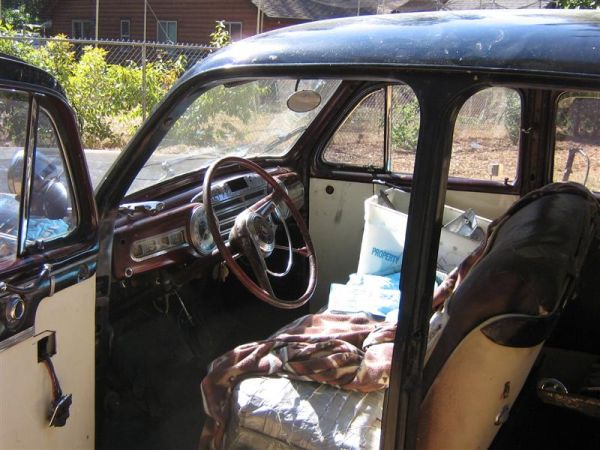 The seller states that this car needs a full restoration, but also states that it has been used to drive to local coffee shops, so it’s hard to understand the current condition of the car.  Regardless, you may want to bring a flatbed and maybe some spider venom antidote. 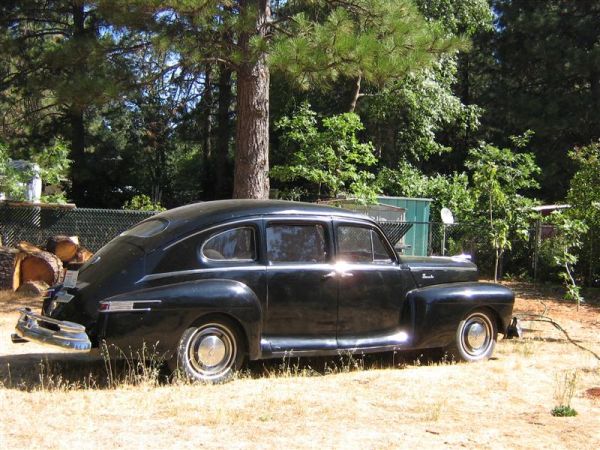 The rear and side views of this thing are just incredible – there is no wonder why American car companies thrived in the post war era – they had vision and guts to create fantastic looking cars that looked like moving art when standing still.  No comparison between this and a new Lincoln MKWhy?.  In case you still harbor delusions that this is a Mercury, here are images of a ’46 Mercury on left and Lincoln on right, for comparison: 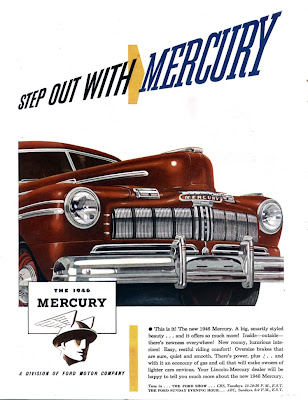 See another V-12 American car…well it’s probably another Lincoln built before 1948 because Americans haven’t made anything with 12 cylinders since then…a darn shame in our opinion.  email us:  tips@dailyturismo.com