The Alfa Romeo 2000 was released in 1971 as an updated version of the 1750 Berlina (sedan).  Strangely enough, in 1972 the Milanese manufacturer released the Alfetta sedan, which by all means was intended as a replacement for the aging Berlina, but sales of the 1750/2000 continued through 1977.  Today the 1750/2000 cars are a great alternative to a BMW 2002 or Datsun Bluebird if you prefer admiring and working on your classic instead of driving it, but prices are high.  There is a fine line between a valued vintage classic with racing pedigree and a torn up pile of parts, but this one falls squarely into parts pricing…provenance to be determined.  Find this 1973 Alfa Romeo 2000 Berlina offered for $3,500 in Redwood City, CA via craigslist.  Tip from Fueltruck. 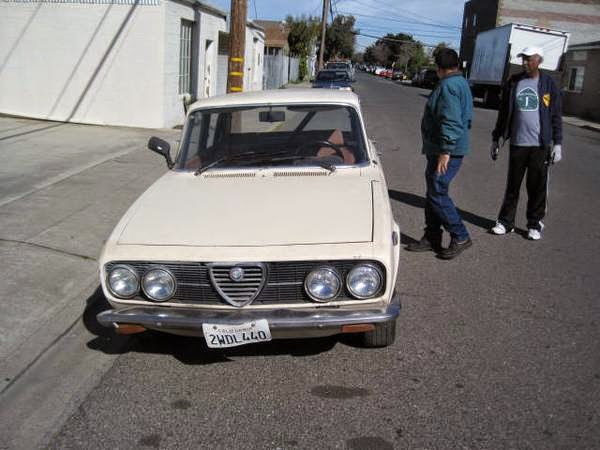 This Alfa Romeo 2000 is in sad shape, but what can you expect for a sub $5k Berlina in today’s market of highly inflated prices?  The seller’s ad leaves much to be desired since it details little about the car’s actual condition.  The license plates wear orange stickers, which means 2013 or 2008 — and expired plates on a pre-smog (1975 and earlier) classic is never a good thing.  Getting new stickers on a pre-76 car in California is just a matter of sending in a few bucks and requires zero inspection. Expired plates on a late model might mean it didn’t pass smog, but on a classic it means the owner basically gave up on the car. 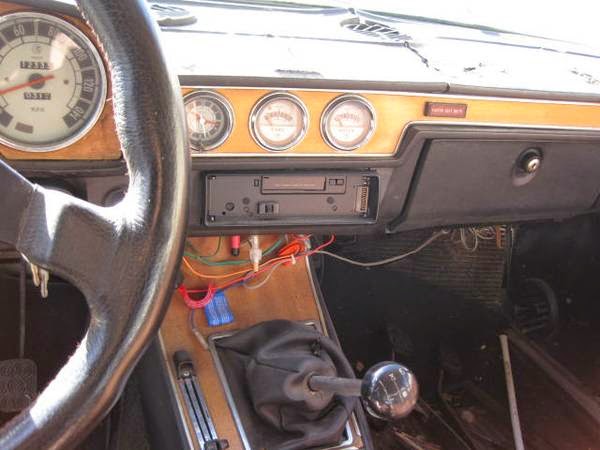 The interior can be best described as trashed and features a bunch of ominous dangling wires.  If after taking a few pictures, this is the best the seller could find to post, one has to wonder what the rest of it looks like… 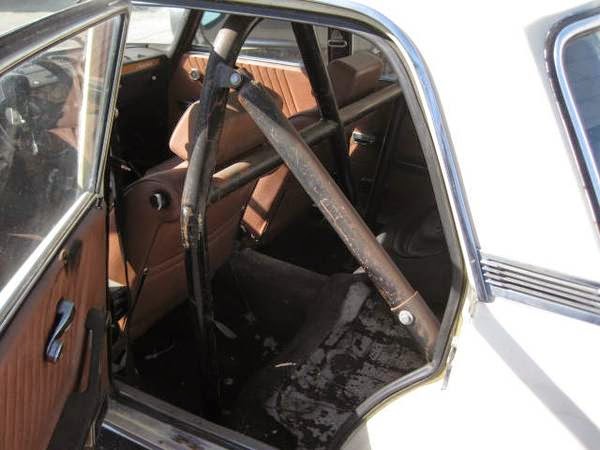 And there it is….the roll cage in a street car.   You only need one crash to learn the fact that putting a roll cage into your street car makes it extremely unsafe unless you wear a helmet and are 5-pt strapped in at all times.  However, there is some light at the end of the tunnel, this car is wearing a few stickers, the first is a track outline of Willow Springs and the second is a sticker for Omega Motorsports. Omega Motorsports is a small time repair shop in the Culver City area of Los Angeles and it seems to be fairly legit when it comes to Alfas.  If this car was built by the Omega guys, it could be well set up under hood. 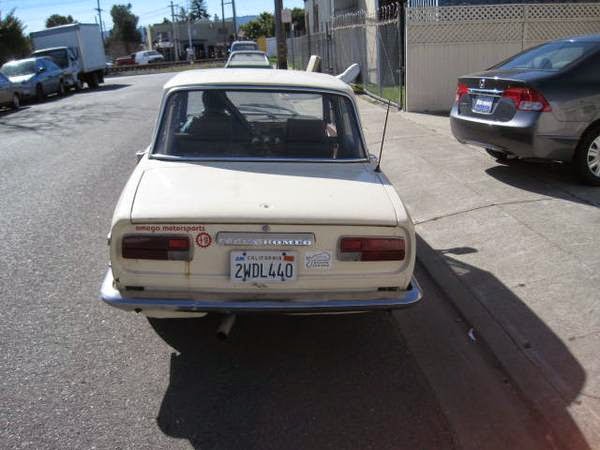