Being so ubiquitous has done irreversible harm to the Toyota Corolla’s image as a performance car (OK, AE86 notwithstanding). It never really was a true performance car to begin with, being conceived as a basic little RWD econobox. Toyota did see fit to shove some sportier engines into the front of the Corolla over the years, including the famous 4AG-E. But the original 1600 twin cam was the 2T-G. With a head made by Yamaha and up to 125hp it was the little engine of choice for a Toyotaphile from 1970-1983. To my knowledge it was never offered in the US, but can be found in the occasional J-tin hot rod.  Find this 1975 Toyota Corolla 2-door (TE31) with 2T-G swap for sale in San Francisco, CA for $3000 via craigslist. Tip from Kaibeezy. 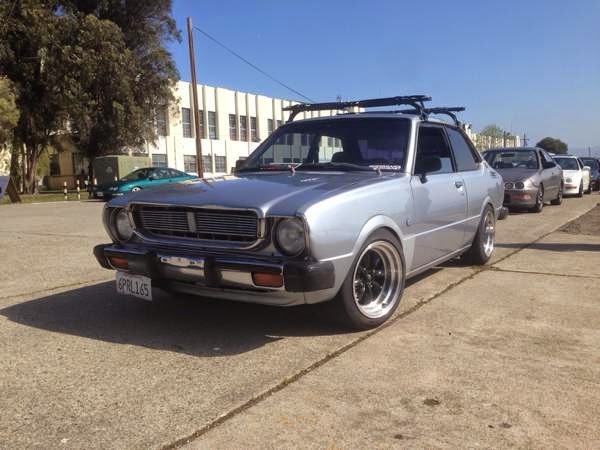 Before you get too excited, realize that this is basically being offered as a running parts car. The seller says it was recently rear-ended, which he proves with a photo. This could be repaired given enough money thrown at a body shop or time in the garage with hammers and dollies, but “survivor clean” TE31 body shells can still be found in California. Why not buy two cars and combine them into one bitchin’ machine? Especially since the 2T-G has recently been gone through with a rebuild and upgrades – so you’d be basically buying a rare and cool vintage engine with a bunch of other good parts loosely assembled into the form of a car. 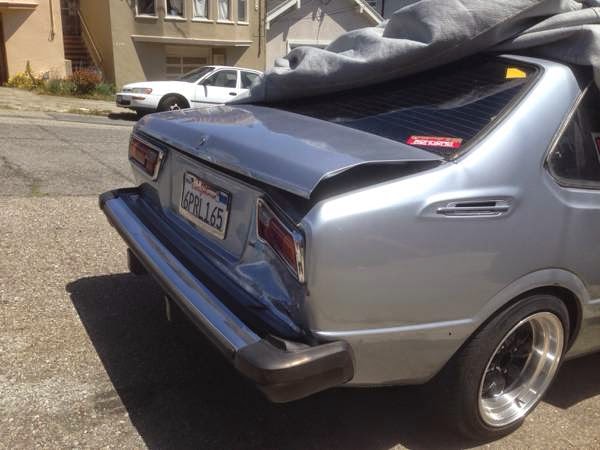 This Corolla was originally found earlier this year by DT’s own Logo Guru Kaibeezy, who passed the link on to me as a possible replacement for my wife’s Volvo 1800S. She ended up with the Schmetterling BMW 2002 instead of the Toyota and now loves the German take on the classic 2-door sedan, but this generation of Corolla was her first car and as such held a special appeal. 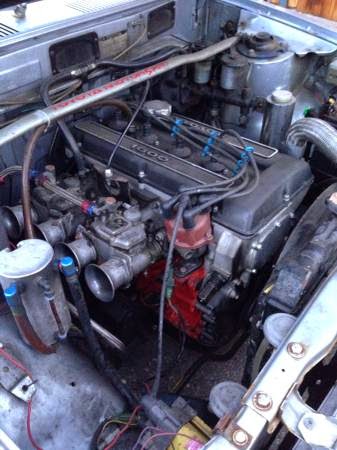 KBZ was even gracious enough to go check out the car and test drive it on his own time, being a Bay Area local and saving me a 500 mile trip. The little 2T-G fired right up with its sidedraft Mikunis, and the 5-speed manual trans snicked through the gears willingly. His assessment after the test drive, and I quote, was: “I loved the engine and transmission – even a hack like me noticed what it was doing right.” I listened over the phone as he rowed up through the gears yelling YEE-HAW like a displaced Duke boy, so I could tell his enthusiasm was genuine. 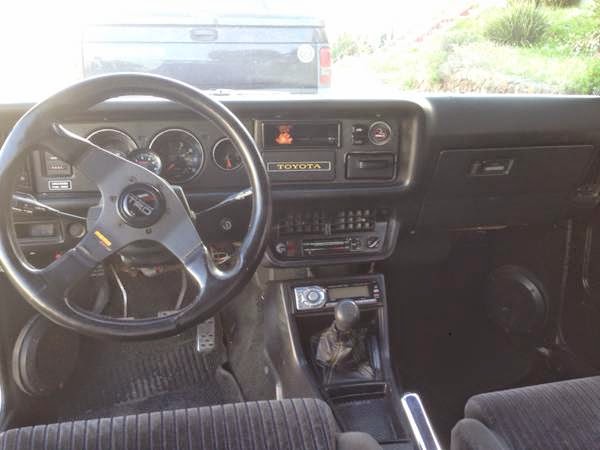 The rest of the car struck him as rough and unfinished – lots of nice looking parts but not tied together in a cohesive way. Brakes were squirrely, the Honda Prelude seats weren’t bolted down properly, the hood damaged beyond repair near the hinges, some rust starting in the fenders and around the sunroof, a hacked-up trunk to fit a sound system, primer spots over the shiny silver paint in a few areas. It had a salvage title from an unknown past. Now that the trunk has been punched in, it might be best to let this shell donate all its fun bits to a more pristine example needing a drivetrain upgrade…a plain Jane white, mustard yellow or poo-brown wagon is what I’m thinking. Or this blue ’77 rolling shell also tipped by Kaibeezy.

During my research on this car I stumbled across this previous for sale ad on the Club4AG forums, showing it in a much better state of repair and offered at $4200 back in 2011. Earlier this year it was up for $7500 asking – too steep for a rough old Corolla, and no one bit at that price (including me and my wife) despite the rare and awesome drivetrain. It turns out that most enthusiasts interested in a sporty ’75 Corolla want to build it themselves starting with a clean body. This car was the inverse; the fun mechanical work was done but it needed laborious/extensive body and detail work to be set right.

This just goes to show that a car is not worth however much money someone has put into it – it’s worth what a buyer is willing to pay for the package. The fact that this particular package included parts that cost even more than the seller was asking still wasn’t enough to justify its 50% to 100% premium over comparable 1975 Corollas for sale in 2014. In fact this whole experience and ensuing discussion led to the creation of the  now-notorious Diamond in the Poop badge, whipped up by Kaibeezy to express the concept and now proudly displayed above on this page. 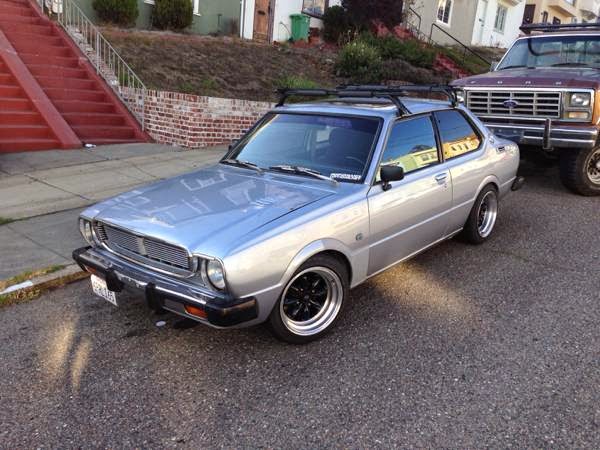 See a better deal on a sweet engine in a forlorn shell? email us here: tips@dailyturismo.com