The E24 generation BMW 6-series is just new enough to be comfortable as a daily driver, but not old enough to be considered a collectors item.  It falls perfectly into the low priced Cool Car List that is scrupulously maintained at the Daily Turismo headquarters. Think of it like Top Gear’s Cool Wall, except everything can be purchased on a part time tennis pro’s salary and fixed with bailing wire, zip ties and carb cleaner.  Naturally, the E24 6er falls squarely into the middle of the list.  Find this 1985 BMW 635CSi offered for $3,500 in Phoenix, AZ via craigslist.  Seller submission from Rob. 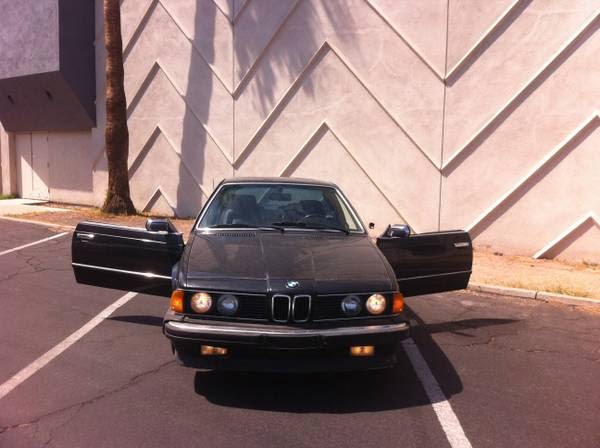 The E24 body was one of the last BMWs to employ the classic ‘shark’ styling, with a swept forward front grille and handsome proportions, all the while managing to not look ridiculous with the US DOT mandated 5 mph bumpers. The use of the Hofmeister kink is especially pleasing to the eye in the coupe BMWs; something about the unbroken window beltline creates drama…and that is a good thing. A grand tourer should create drama – its not meant to be an out and out apex stomper like a sports car but it shouldn’t look like a dishwasher either. 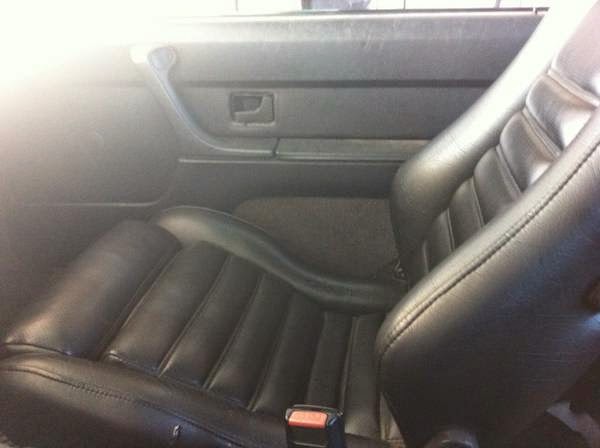 This particular E24 is equipped with an automatic transmission, which fits well for the intent of a grand tourer, but the seller includes a 5-speed getrag tranny in the deal if you would like to imagine you can do a 5-speed

swap, but probably just store it until you decide to sell the car.  The interior on this car looks nice in the single photo provided but a few more closeups of various parts would be appreciated.  The M30 inline-6 under the hood was rated at 218  182 horsepower and 224 ft-lbs of torque. 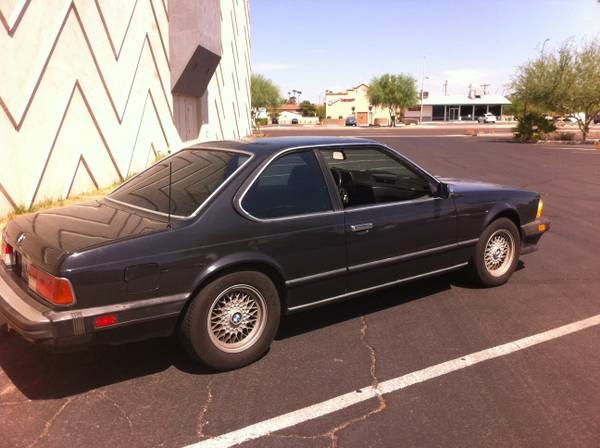