I know what you’re thinking.  A 5th generation Chevy Nova.  Really?  That is the best you guys can find?  Can’t you feature another Volvo or some modified BMW… Keep the pitchforks in the barn for a few minutes while we talk you through the logic on this one.  Suppose you have a friend…we’ll call him Bob…and Bob tells you he has $3k to spend on a daily driver.  Do you suggest a 250k mile used 1st generation Prius?  Any of the scores of ragged/bagged/tagged Honda’s littering craigslist — NO!  You tell him he is going to get a low mile sedan built in Silicon Valley filled with technology and that will save him massive amounts of money on fuel.  Bob will say “you found me a $3k Tesla Model S?”  “No Bob,” you tell him, “I’ve found you a 1988 Toyota sedan that had a little mistake in the spelling of on the badge.”  Find this 1988 Chevrolet Nova for sale in Manteca, CA for $2,800. 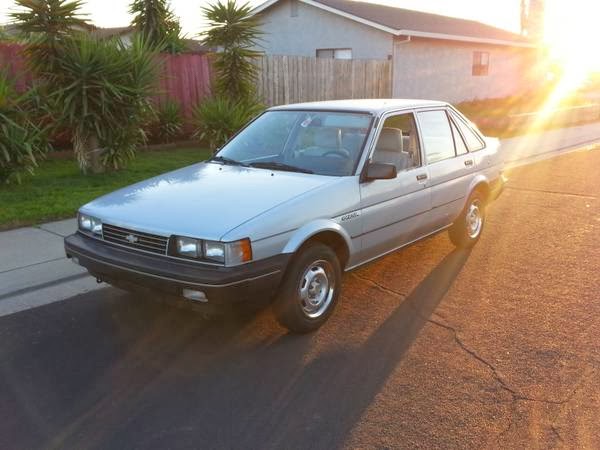 Hey DT – you put the wrong pics in this ad…supposed to be a Toyota.   A quick history lesson for you; in 1984 a manufacturing plant re-opened in Fremont, CA as a joint venture between Toyota and GM, called NUMMI (New United Motor Manufacturing, Inc).   The NUMMI plant operated as a Toyota/GM plant from 1984 to 2010 and is now the site of Tesla’s assault on the definition of a luxury automobile (side note: we can’t wait to feature a used/depreciated Tesla in a few months time). The first car to be produced at the NUMMI plant was a 5th generation Chevy Nova, but the Nova was mostly a Japanese design with Chevy badges — a quick restyle of the AE82 Toyota Corolla/Sprinter. 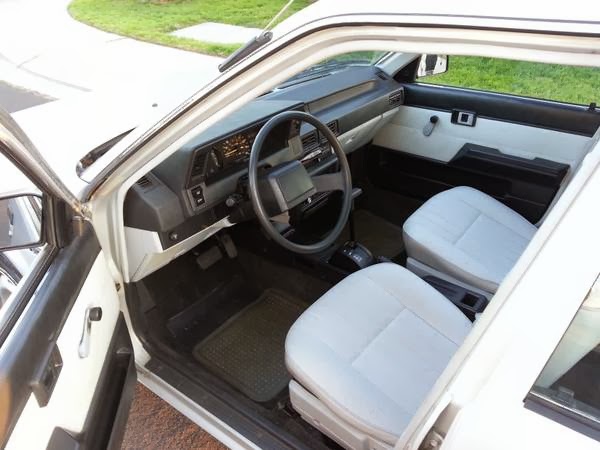 This particular Chevy Nova is equipped with the Toyota 4A-C inline-4 that made 74 horsepower from 1.6 liters and has only been driven 29k miles since new.  Like the child who never left home, this Nova is only about 1 hr away from its birthplace and has been driven just a bit over 3 miles per day by one owner since new.  This is the ultimate little old lady driven appliance offered for cheap on craigslist and will probably fetch twice as much money with 50 good photos from a dealer on ebay in a few weeks time. 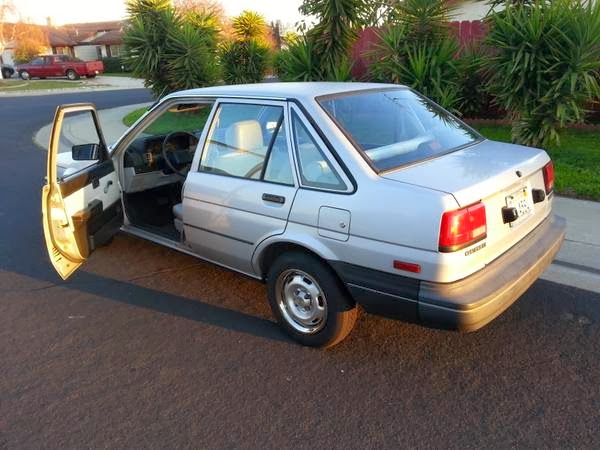 Toyota Chevy also built a twin-cam version of the Nova in the 1988 model year only powered by the same 4A-GE found in the Corolla FX-16 –only available with black exterior and red pinstripes–but we couldn’t find a version for sale…anywhere.  Bottom line, if you want a nice, inexpensive, low mile Toyota sedan, buy a Chevy Nova. See a Nova Twin-Cam for sale? email us here: tips@dailyturismo.com