The tenth generation Ford Thunderbird was released in 1989 (along with the Mercury Cougar) on the MN12 platform, which distanced it from the Mustang it had previously shared the Fox platform with.  New to the 10th gen T-Bird was an independent rear suspension, a supercharged V6 and a Mazda sourced 5-speed manual gearbox.  But if you wanted all of those goodies together, the only way was to get the Super Coupe.  Find this 1990 Ford Thunderbird Super Coupe 35th Anniversary Edition here on eBay 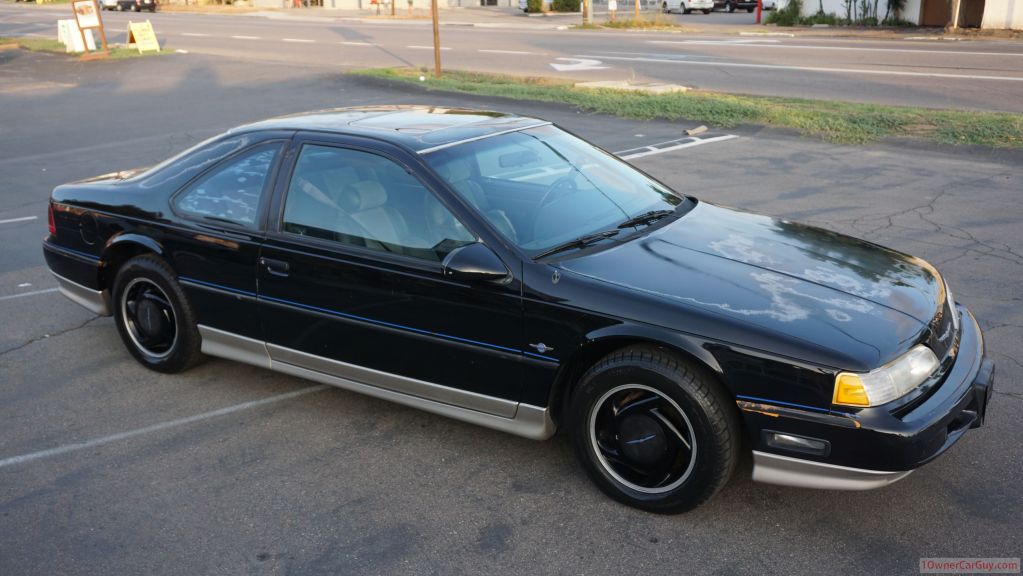 First thing is — yes, this car will need a new paint job and some interior work.  It shows an odometer reading of only 15k miles, but the paint has spent some time in the harsh California sun.  The good news is that it looks like factory applied paint, and the seller (Pebbleandrock on eBay) is known for picking up used cars at auction and simply flipping them to eBay (he also sells a decent quantity of cereal marshmallows, John Wayne collectors dinner plates, and boxes of plus-sized prophylactics …presumably not used) — no resprays or questionable repairs, just a bath and good pictures. 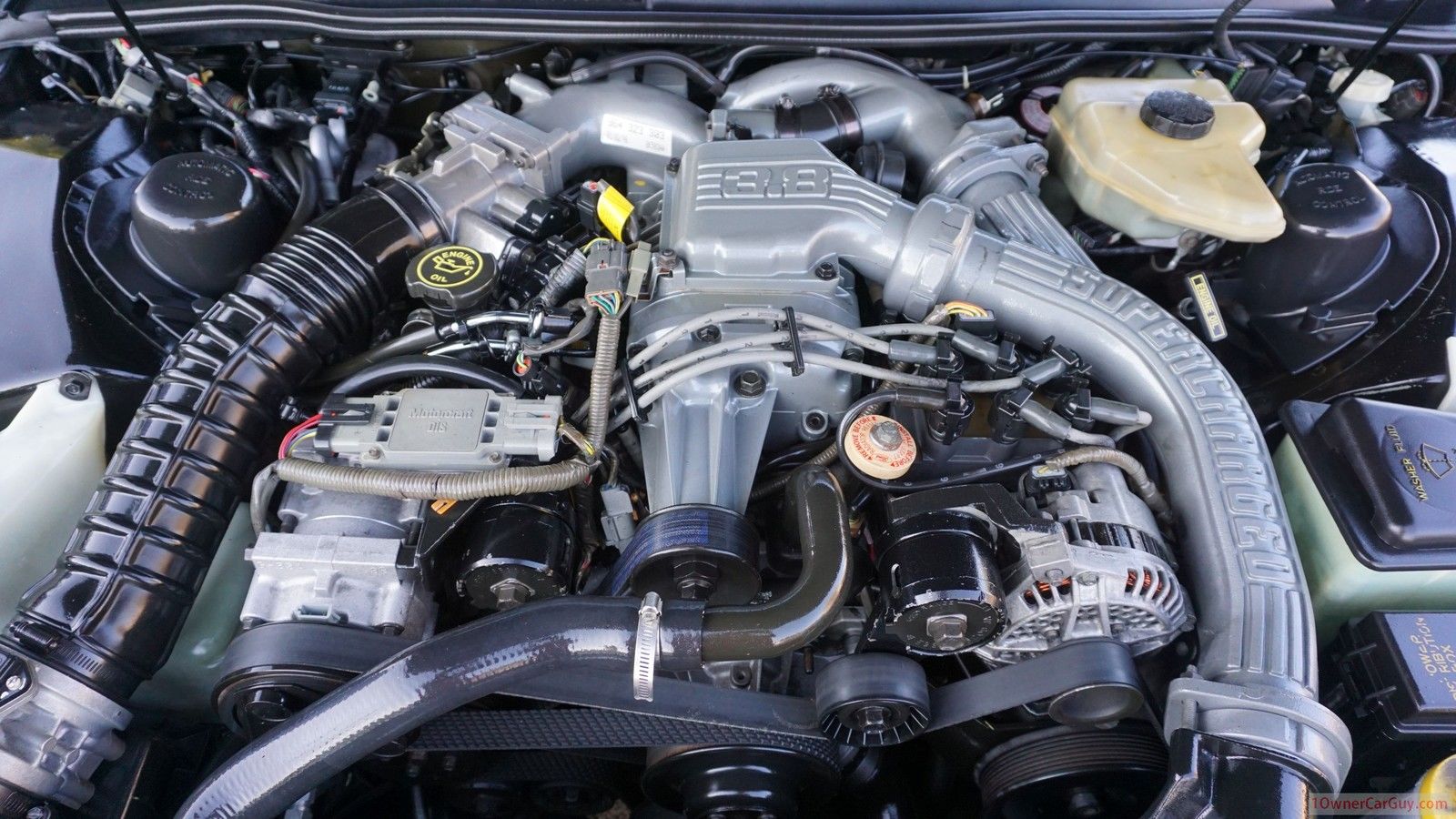 Under the hood is a 3.8 liter V6 that is boosted with 10 psi from an Eaton M90 Roots-type blower from the factory to produce 210 horsepower and 315 ft-lbs of torque (which was more powerful than the optional 200 horsepower 5.0 V8 available starting in 1991). 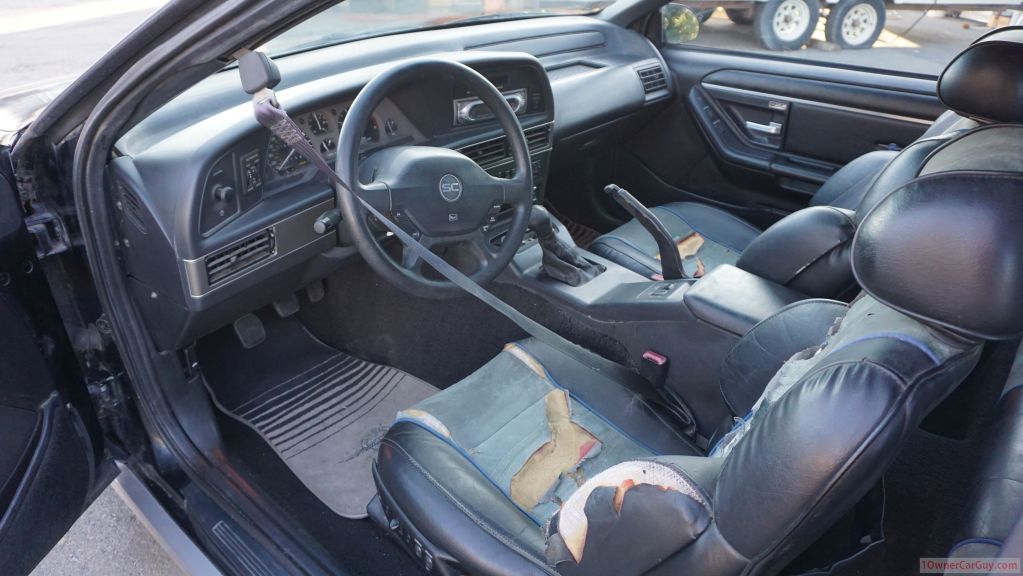 Luckily for somebody, this Super Coupe left the factory with the optional 5-speed gearbox, which was the version that was dubbed Car of the Year by MotorTrend magazine in 1989.  You are going to need to re-upholster those seats, but properly restored this could be a winner at the next local T-Bird meetup. 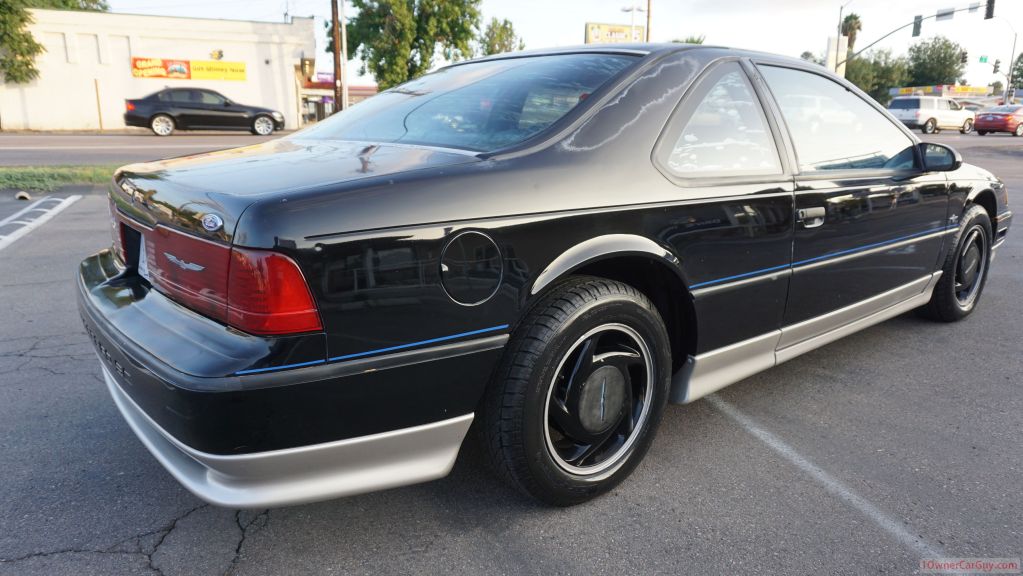