The Mk II Volkswagen Jetta was very successful during its 1984-1992 sales life and went on to be a favorite with VW fan boys around the globe.  Unfortunately, this means that most Mk II Jettas still around are stanced and/or ruined by ill-conceived swaps (2JZ-yo!!) and located a stock example is next to impossible.  So, finding one that doesn’t have a plasti-dip hood or illest (just what is “illest” anyway — it sounds like something you’d get from being un-vaccinated) stickers is gotta be a victory.  Find this 1988 Volkswagen Jetta Mk II offered for $2,000 in San Jose, CA via craigslist.  Tip from FuelTruck. 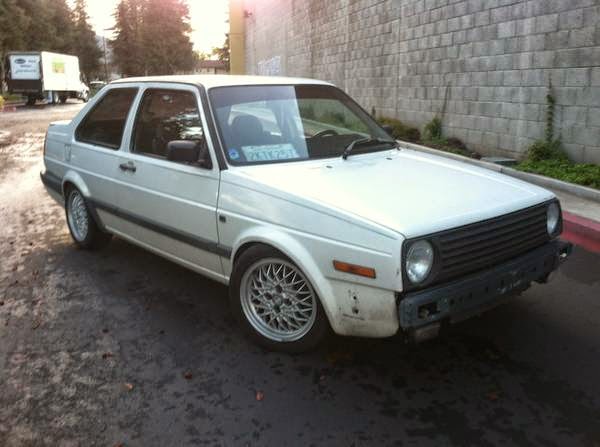 The MkII Jetta features a simple boxy design that is refreshing when compared to the overstyled crap coming out of auto manufacturers these days. Headlights have become hideous appendages and taillights look like lava lamps — but not in the simple and clean styling of the 80s Jetta. 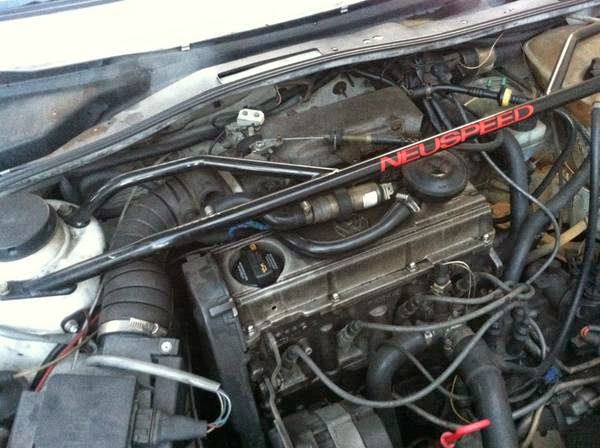 Under the hood is a 1.8 liter 4-banger good for about 107 horsepower and mated to the front wheels via a 5-speed gearbox.   The basic Jetta engine isn’t a screamer, but it should return adequate performance and fuel economy with the 2200 lb Jetta. 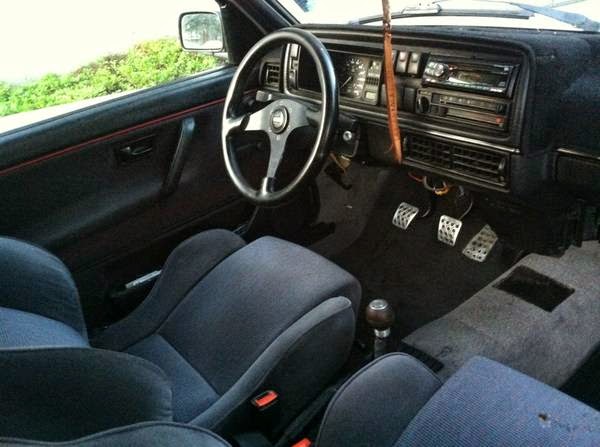 Occupants are greeted with a set of Recaro sport seats and an aftermarket steering wheel.  It isn’t a high rent interior, but what do you expect for a $2000 car that needs some work? 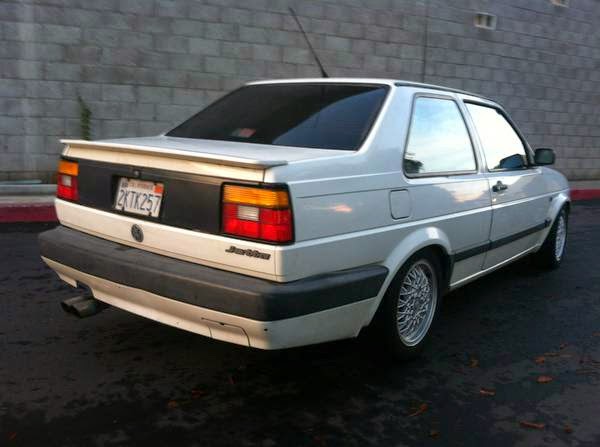 See another Mk II Jetta that is only a little bit stanced? tips@dailyturismo.com