If you’ve ever watched the original BBC Top Gear, you’ll hear the announcers mention a French auto manufacturer with a name that sounds like the English world “perjure” – as in “willfully tell an untruth when giving evidence to a court.”  Except that the dental hygiene challenged hosts are saying the name Peugeot with a properly British accent, and add some of the queen’s “r”s into something the French call “Poo-shjo.”  Whatever the proper pronunciation, they are seldom seen driving US roads today after being pulled from the market in 1991; something to do with words that start with r: rust, resale value and reliability.  We are going to fix that perception with today’s nice looking 1960 Peugeot 403 sedan for sale in Mill Valley, CA for $2,000 via craigslist.  Tip from Kaibeezy. 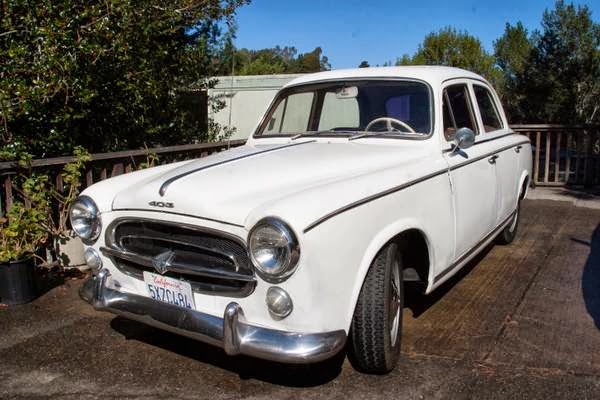 The Peugeot 403 was a small car built from 1955 to 1966 with curvy 50’s pontoon styling and an honest small 4-cylinder engine turning the rear wheels via 4-spd manual gearbox.  An automatic transmission was not available, but a buyer could opt for an electro-magnetic Jaeger clutch that was actuated by moving the gearshift lever.  In theory the system gives the control of a manual gearbox with the convenience of an auto, but in practice it combines the slowness of an automatic with the lurching clutch action of a drunk guy with a failing knee replacement. 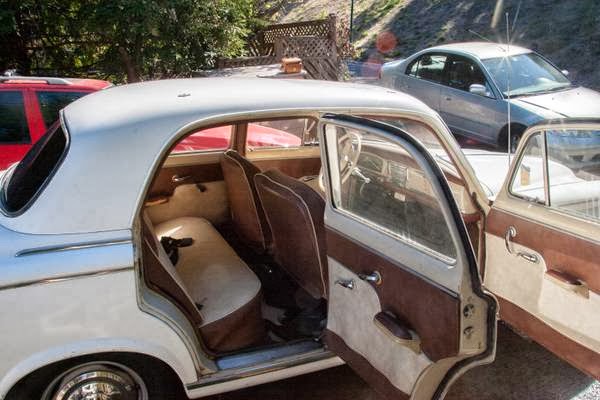 Thankfully this 403 is equipped with the 4-speed standard gearbox as evidenced by the clutch pedal, so all 65 horsepower of the 1.3 liter pushrod inline four will propel the little sedan forward with joie de vivre.  The 403’s power deficit will be readily apparent in any modern traffic situation, with an exception if you happen to live in Havana. 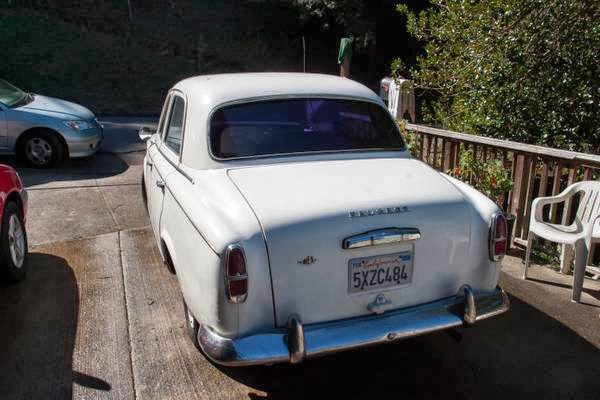